A challenge to Australia’s current detention policies for asylum seekers

The Globalisation of Indifference – A war worth fighting? 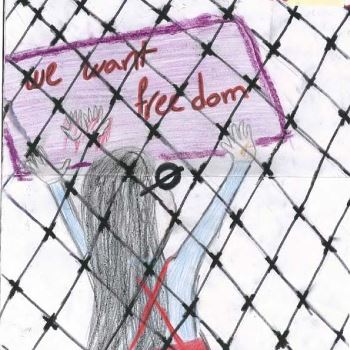 The launch of the new global strategy by the UN refugee agency on the 3rd July 2014 calls on all countries to move away from the detention of children among asylum seekers, refugees and stateless people worldwide.

Known as Beyond Detention, the new global strategy calls specifically for the end to the detention of children, and for countries to ensure alternatives to detention are available in law that are implemented and followed. In those countries where detention occurs, it requires that conditions of detention meet international human rights standards.

The Strategy points out that the detention of asylum-seekers and refugees has become routine in a number of countries which has serious lasting effects on individuals and families that are intergenerational.

“Seeking asylum is lawful and the exercise of a fundamental human right. The detention of asylum-seekers as a routine response should be avoided – these are people who need protection. We are ready to work with governments on this, particularly to end the practice of detaining asylum-seeking children,” said UNHCR’s Director of International Protection Volker Türk.

UNHCR recognises irregular entry or stay presents many challenges to countries, but detaining people is not the answer. UNHCR recommends that people seeking asylum be properly received, allowed freedom of movement and access to services in the community. Seeking asylum is not illegal under international law and people have a right to be treated humanely and with dignity.

Detention of asylum seekers and refugees causes unnecessary suffering, with often serious consequences for health and well-being, in particular when people are held for long periods. It also increases anxiety, fear and frustrations, and can exacerbate past traumatic experiences. For children, the effects are particularly serious because of the devastating effect detention can have on their physical, emotional and psychological development, even if they are not separated from their families (see the recent report by Australia’s Human Rights Commissioner earlier this week on children self harming in detention, given in the national enquiry hearings into children kept in immigration detention).

Beyond Detention is a five-year initiative running from June 2014 to June 2019, through which UNHCR will work with governments and others to address some of the main challenges and concerns around detention policies and practices. (This information is taken from the UNHCR Press release issued on the 3rd July).

This UNHCR initiative is in direct contrast to the response being made by our Australian Government, which is detaining children and families and reducing their protections, keeping them in secrecy and with no transparency or accountability, locked up with minimal access to legal support, health and education.  When I think about our humanitarian response as Christians in such treatment of other human beings, I find it hard to reconcile our faith and I do not condone such policies and actions.  We need to change the larger story being spread by Governments away from ‘border protection and fear about security’ to one of concern for life and the future well-being of each person, as each of these individuals are God’s children.