A RESOUNDING ‘YES’ TO GOD!

DISTURBING THE PEACE WITH JOY!

Hope in the Unlikeliest of Places! 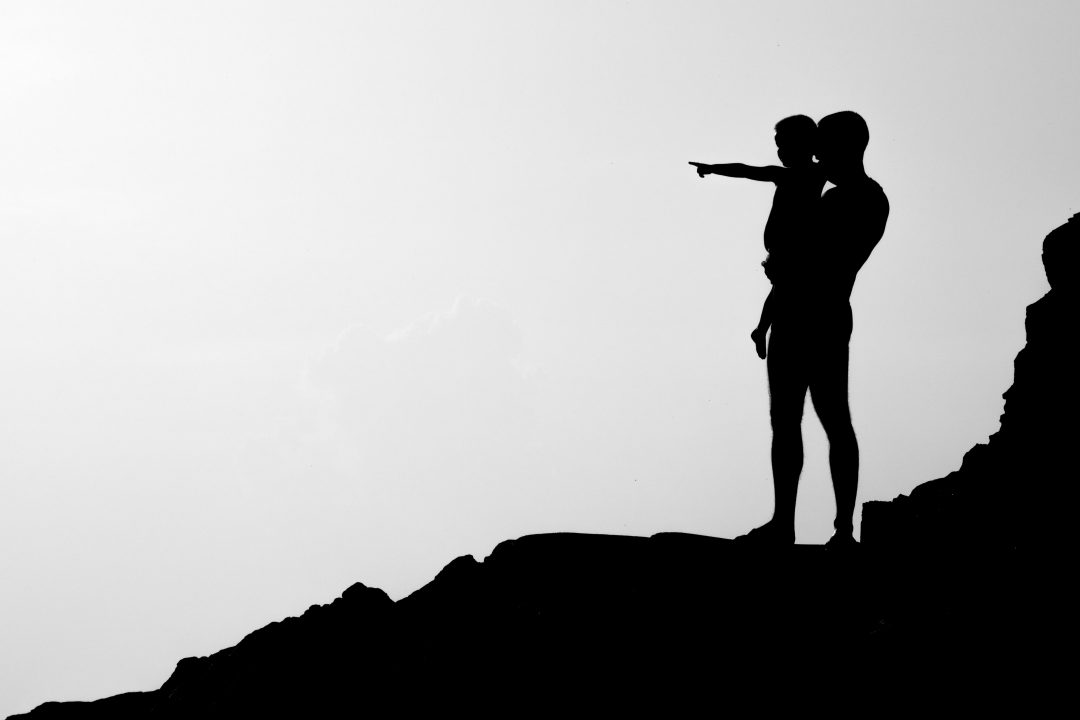 We are privileged to watch two women who are cousins meet, both with joyful news to share. (Luke 1:39-45)  One who is older and married, was apparently barren but is now no longer; the other is much younger, barely out of childhood and without husband, although betrothed. Both are pregnant as God has willed and, with their agreement.

This is a much loved story told by Luke’s gospel about two ordinary, powerless women and their extraordinary, active acceptance of God’s request of them. These two women enabled God’s Son, God’s creating Word to be made flesh, to come into this broken world together with God’s messenger, a powerful prophet, who was to go ahead to prepare the way for God’s anointed One.

Their responses brings to life and enliven God’s plans from before creation and time.  All of it is being brought together into this moment, this time and this place because of the radical courage, trust, hope and faith of these two women.

We repeat this story year after year to each other, learning from them, wondering about their courage and circumstances, about their families and their menfolk; and, wondering if we would give the same response if God asked us.

It is a time of waiting, preparing and trusting God.

Zechariah, Elizabeth’s husband had trouble believing the angel Gabriel, when he was told about the will of God, bringing into this very human story, a pregnancy for his old wife.  They were a childless couple who no longer expected to have children. His disbelief in the practical aspects of the miracle reduced him to silence as Gabriel recognises Zechariah’s disbelief; and, like many of us in the face of God’s actions, Zechariah can see but doesn’t accept, he hears but doesn’t listen.  It is a good time for all of us to be silent and to learn once again to listen to God and hear and trust in God’s plans for us.

Elizabeth is six months pregnant by the time her cousin Mary visits her with her own pregnancy a reality.  Unlike Zechariah, Mary’s response to Gabriel had been different.

When Gabriel speaks to her and tells her of God’s plans and hopes, Mary asks how this pregnancy can come about, since she is a virgin (Luke 1:34).  The original text is translated as ‘I have not had relations with a man’.  She’s being very practical.  A girl growing up in rural, small town knows how things work.  Its not a question of disbelief but one needing an explanation so she can understand and prepare.

‘The power of the Most High will cover you with its shadow’, says Gabriel.  (Luke 1:35)

It was an explanation of God’s power which would have been familiar to Mary as she knows many of the stories from the Torah.  In the Hebrew scriptures God is present as a cloud overshadowing the ark of the covenant, the temple and the chosen people.  All surrounded, overshadowed and penetrated by the presence of God.

As we think about Mary and Elizabeth, they are women who lived steadily and ordinarily, both patiently and impatiently in their faithful lives, held in place by their culture and life circumstances.   I reflect on the physical emptiness they brought to God, which we too bring to God in our minds and bodies, as I suspect God doesn’t want our fullness, our apparent completeness or our busy lives proving our worthiness.

Rather, it is our preparedness to wait like Mary and Elizabeth, in silence and openly trusting, waiting to be filled up by God who calls us into being and into action which signifies our faith and spiritual awareness.  We are not called by God as already perfect and complete by our own efforts, but we are called into awareness by our choice of powerlessness, vulnerability, brokenness and humility in our relations with God.

And the scandal of the pregnancies in these two women’s lives and circumstances could have broken the families and their essential relationships apart. Mary could have been thrown out or stoned, like so many women before and since who have been found with an unexplained pregnancy.   Elizabeth and Zechariah would have faced scrutiny also with the unlikeliness of her own pregnancy.   Both women would have been held to account, but, joyfully the men did not stand back or move away but stayed on God’s account, like the women, trusting God’s mercy and God’s plan.

There is a name describing people who live in such circumstances and in such ways. They are called the anawim, the poor ones, those who could not trust in their own strength, but had to rely in utter confidence on God.  In stark contrast to the anawim were not merely the rich, but those who showed no need for God in their lives through pride and self-sufficiency.

Whenever Luke can, he makes a point about God’s love for the poor.  The poverty of the anawim is not simply about economic deprivation and scarcity, but about a vulnerability and openness in spirit offered in contrast.  Luke is reminding us what it looks like and feels like to be a people and a community who are not defensive, or passive aggressive, or demanding rights and entitlements or wanting to be victims, but simply, trusting in God.  The anawim are open and able to move beyond their life circumstances.  We are constantly reminded when we have power, we can change and control things to suit ourselves and keep the status quo to benefit ourselves: we learn this lesson when we have wealth and access to privilege.  When we are powerless, we have to transform things from the bottom up which is done only with God’s love.  This is the story of the anawim.

As we listen to Mary and Elizabeth greet each other and rejoice in Luke’s gospel, the welcome Elizabeth gives Mary is one of great humility, vulnerability and filled with sheer joy.

Blessed are you among women and blessed is the fruit of your womb.  And why has this happened to me, that the mother of my Lord comes to me?  For as soon as I heard the sound of your greeting, the child in my womb leaped for joy.  And blessed is she who believed that there would be a fulfillment of what was spoken to her by the Lord.  (Luke 1:42-45)

Mary’s response to Elizabeth was her incredible, heart stirring, triumphant song of praise, called the Magnificat.  The words of trust and faith resounding through the generations of women found wanting by others, including Hannah once barren who gave thanks to God for the birth of her son, (1 Samuel 2:1-10) to women in the present day, which show God thinks otherwise and has plans for all of us.   (Luke 1:46-55)

Elizabeth and Mary recognise the enormity of God’s intentions and their joy and delight at their own participation in it, is boundless, uplifting and joyful for all who encounter it.

Mary stays with Elizabeth for three months, until John is born, and then Mary returns home.  Mary no doubt hopes the scandal about her own condition will have settled down with the good news of Elizabeth, John and Zechariah; and, she trusts the solution with Joseph will work its way out with God’s plans.

Their own sense of history, recognising and actively accepting their own role in the great creation story, brings us to question our own ‘yes’ to God.  I hear women speaking clearly throughout the generations of God’s story with humanity of our personal relationship with God.  Both men and women say over and over again a resounding ‘Yes!’ till it becomes a timeless cosmic symphony, cascading through the universe into a great crescendo as we say, ‘Yes!’ to God’s will and God’s plans on earth as it is in heaven; and we joyfully celebrate together on Christmas Day, the fulfilment of this great ‘Yes!’

Together we choose to turn from a story of scarcity and fear to the story of abundance told by God through God’s messengers across all the ages.  Together we gather in this Advent season, with a sense of waiting, in awe, preparing and listening, trusting, faithful, joyful in the blessing of peace into which God’s invitation has drawn us with love and certainty.

May the blessing of God’s peace in this great story unfolding before our eyes be turned into joy with our own continued ‘yes’.

Rohr, R.  1997.  The Good News According to Luke.  The Crossroads Publishing Company, USA.