A Story of Peace

A Child of God! 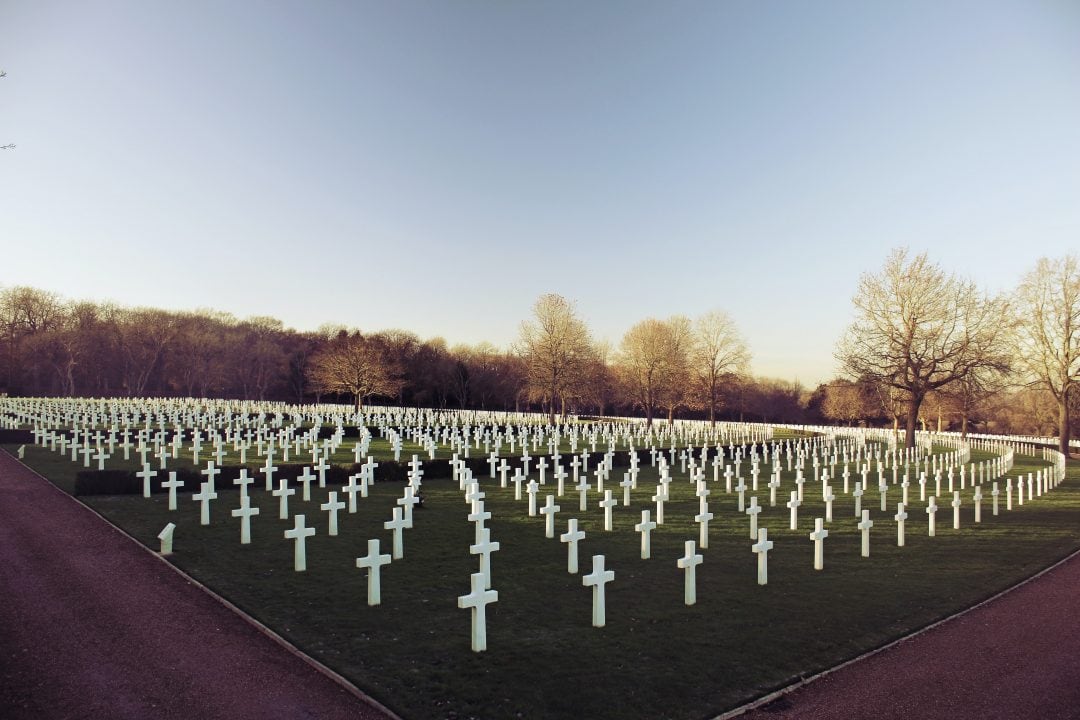 I remember the first time I ever took part in a public protest march.  It was in Perth in 2003.  It was one of many taking place around the world and across Australia, as people protested against the proposed unjust invasion of Iraq, while world powers prepared for its invasion, to conquer and control its resources.

This was my memory as I read the opening words of Mark’s Gospel, written in around 70 AD, after the Roman army had brutally crushed the Jewish rebellion and destroyed Jerusalem and its temple.  Emperor Vespasian and his son Titus imposed Pax Romana on Judea in spite of the people’s resistance.  Military might was exercised with full power and terror; and likewise, do you remember the US talking about its ‘shock and awe’ campaign at the start of the Iraqi invasion, while its Foreign Secretary dismissively acknowledged the hundreds of thousands of civilians subsequently killed as collateral damage, and in this reflection I was reminded of the earlier example given us by the Roman Empire.

Some of you may remember other wars and conflicts with similar foreboding and horror.

You may well be asking how this relates to Mark’s Gospel and its opening verse which is where I start this reflection with you:

The beginning of the good news of Jesus Christ, the Son of God.  (Mark 1:1)

Mark’s Gospel is apocalyptic, intended to reveal God’s purpose for human history.  It is the earliest of the four Gospels, written at a time of great terror and suffering, to help those reading it, to make a different choice from the options apparently available as a way to end the suffering, by understanding God’s revelation in those tragic, suffering times.  And what were some of those choices?

Proud Jews inspired with nationalistic fervour were urged to join the revolt against Roman colonization and the imposition of foreign power.  The Jews saw God moving into human history; and even though the Jews knew they would not be strong enough prevent the Roman invasion, they did believe it was their patriotic duty to protect their holy land. They were convinced God would finish what they started, with violence, terror, death and military victory, conquering the Romans in turn.

Others made a different choice, seeking protection within the Roman colonial systems, collaborating and to be among those benefitting from the Roman peace.  Greed and profit are great motivators.

Then we have Mark’s Gospel, where Jesus tells his listeners something very different, which confirmed God was not moving militaristically or violently in human history.  Mark points out God had already moved with the inbreaking life of Jesus of Nazareth into Gods creation.

Jesus’ message reveals God breaking into human time to heal the breach separating God from humanity and ourselves from one another.  God infiltrates and invades God’s creation through Jesus’ ministry, representing the transformative power of God’s kingdom in the present times, historically and currently, through exorcisms, healing, miracles and teaching about God’s love.

Jesus challenged the legal and ritualistic traditions of Israel.  He exposed the gaps in the Jewish beliefs and society, so they became visible to everyone. These gaps were between those assumed to be righteous, who saw themselves separated from those seen as impure and unholy, such as the tax collectors, sinners, lepers, women, laborers, the diseased and the dead.   Yet these are the people Jesus chose to be with during his ministry.  He demonstrated through his actions and his way of life, those whom society were casting out, rejected and refused a welcome in this world, were being welcomed unconditionally into God’s kingdom.

Jesus’ miracles made the same point.  From touching lepers, to raising the dead, to healing a woman bleeding and considered impure, he used his healings to show us as God breaks into human time, God is continuously restoring us into wholeness through love.  God is refusing to break from us, isolate, judge or reject us unlike others around us.

Jesus’ encounters with demons had the same effect.  He used divine power to overcome opposing demonic power as he rejected evil in religious, medical, social, economic and political structures and systems.

This work of God continues for us today if only we can bear to hear it and accept it, through the teaching and preaching of Jesus, even though many of those following today are still being crucified, denied and betrayed by the world’s powers.  And yet…

God is bringing God’s kingdom into view come hell or high water, whether we are ready or not!

In this second week of Advent we have lit the candle of Peace. Last week it was the candle of Hope.   Today we have some very stark choices about peace and about God, just like those who lived nearly 2,000 years ago.

God’s invasion begins with the birth, life, death and resurrection of a humble, powerless Jesus, because it is an invasion of hope and peace which is still continuing.

The end of the Jesus story has not yet happened.  We heard this last week as we are urged to be alert and prepared for Christ’s return.  Mark’s Gospel Jesus was not finished and the story continues.

As we look at the choices facing us, between being completely absorbed into the world, ruled by its powers, consumed by its greed and selfishness, opting for violence in our homes and countries as the only way to get what we want; or, following a Jesus who offers us another way whatever our circumstances; it means we are genuinely able to choose a different way which inevitably put us at odds with the rest of the world, with hope, peace and love as the way.

In the beginning, says Genesis, God created all that is, on earth and in the heavens.  Here Mark declares another ‘beginning’, a new creation, the beginning of the Good News.  God’s invasion into the world comes not with military might and power but with a baby, born in a poor family without resources or power.  A refugee living under colonial rule.

And it appears to end with the death of a suffering, powerless, conquered Messiah with everyone running away in fear.  Nonetheless, God is still coming whether we engage with God or not.  This is such good news.

Today there is still a hunger for this good news as our broken hearts seek hope and peace.  Yet Mark’s Jesus reminds us we do not need to suffer from the tyrannical, violent options of today’s world just as they did not need to choose this at the time he was writing.

We can see God’s gift of faith and hope to us has saved people despite terrible circumstances and God continues to respond and heal everywhere.

The good news of Jesus’ coming has invaded the world. Security and redemption come from God’s hands and not from human might and power.  We might feel we are in the wilderness still as we hunger for good news, but the words of Isaiah and John’s ministry of proclamation and baptism herald the present coming of Christ in the opening words of Mark’s Gospel 1:1-8.

John, who lives on the fringes of society, far from power, first points out God’s coming grace from the wilderness where he calls to the people, offering forgiveness of their sins.  The people come from everywhere to listen to this unlikely wilderness man and his message.

The religious institutions and secular powers of Jesus’ day insisted on laws and sacrifices, placing heavy burdens on those who desired to live rightly with God.  In stark contrast, John offered the hope of something new as he pointed to the coming of the Messiah, an apparently powerless Messiah who offered love, hope and peace rather than violence.  No longer were the poor and marginalized excluded by lack of resources or power.  Our own wilderness lives, when we have been excluded, judged and rejected, is never a barrier for God.

The use of violent power is not God’s choice. God’s own invasion is done with humility, without power, offering a choice and with abundant, overwhelming love for each and every one of us, as God offers us all hope, peace and love.