And The Earth Shall Tremble! Psalm 46

A Prayer from God: Love your enemies!

Hypocrisy, Safety or Love? Your Choice! 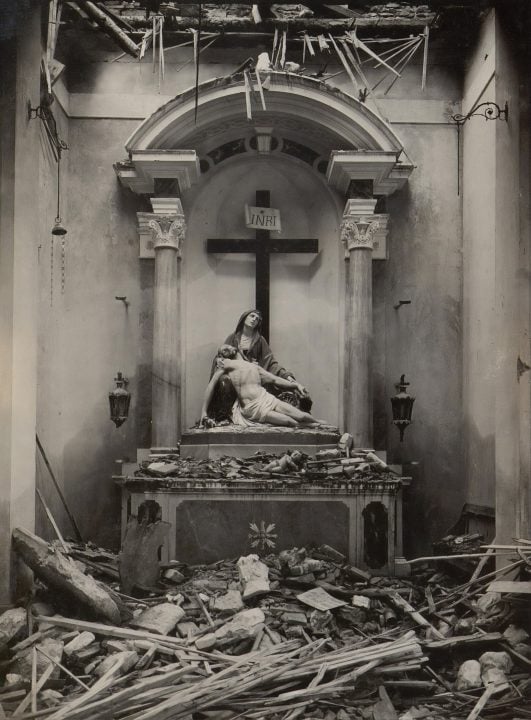 Luke’s telling of the story of the transfiguration of Jesus is a moment of stillness for us to be together with Jesus and the three disciples in God’s presence.  A moment where something new is revealed.   There’s a hush on the mountain where Jesus has taken the disciples to pray.   The unexpected revelation by God comes in the middle of sleepy prayers, jolting the men into wakefulness as they try to make sense of what they can see and hear.  Is it real or imagined, you can almost hear them asking?  They see Jesus’ glory as Moses and Elijah stand with him and Jesus’ face is changed and his clothes became dazzling white (Luke 9:29).  Peter, James and John are given a fleeting glimpse of the glory to come, which leaves them speechless.

I’ve been wondering about God’s glory and the mountaintop experience held in prayerful revelation in the light of this week’s dreadful unfolding of a new war in Europe.

I’ve been wondering how we hold together the disparate connections of glory and God’s plan, with the valleys of despair, violence and death and the pervading sense of futility in the destruction brought upon innocent peoples at the whim of a dictator.  It is a revelation of great evil in the world.

The horrific and unprovoked attack on Ukraine is an act of great evil.   Ukraine Statement from the Archbishops

We watch in horror at what is unfolding.  The acknowledgement of great evil is clear and helpful in the fog of grief and chaos because as Christians our task is to speak truthfully to power.

As we listen to the transfiguration story, Luke is trying to make us pay attention to several things. In earlier verses, Peter declared in answer to Jesus’ question about his identity, that Jesus is ‘The Messiah of God. Such a declaration on this mountaintop would have felt like a crescendo was being built around Jesus, as his ministry and his power are taking shape and the disciples would have been wide eyed and hope-filled.  Perhaps the Messiah would do something about the Romans, the ever-present evils of violence and death imposed upon an occupied people in the name of peace. Yet in 70 CE the Romans destroyed the city and the temple and the story of the Jewish people as the chosen of God, appeared to be over.

In Luke 9:21-22 before the transfiguration, Jesus told his disciples for the first time, about his death and resurrection.  He followed this up with a sober reality check for his followers:

If any want to become my followers, let them deny themselves and take up their cross daily and follow me.  For those who want to save their life will lose it, and those who lose their life for my sake will save it.  (9:23-24)

Last week we explored the ideas of active non-violence Jesus was teaching to his disciples and the oppressed Jewish peoples, and this week, we are seeing unprecedented violence on an innocent country and we wonder how we can respond as Christians, because respond we must.

Jesus taught us his way of living and loving is always counter cultural and full of peril.   We remember we are not aligned with country, race, culture or any of our comfortable identity markers; we are first and last, citizens of God’s kingdom.  This means the acceptance of religion being co-opted by nationalistic patriotism, power, oppression and violence, is inherently wicked and evil and whoever and wherever we are, we must challenge it.

I have been interested to see the connections being drawn between Vladimir Putin and Vladimir of the Rus who lived a millennia ago.  Vladimir of the Rus was invited by the Christian Emperor Basil II in the City of Byzantium to help him put down a rebellion by treacherous generals. If Vladimir did this, and was baptized a Christian, he would be given Basil’s sister in marriage.  The rebellion was quashed, the marriage took place and the baptism happened on the banks of the River Dnieper in 988, in Ukraine.  This is the founding iconic act of Russian Orthodox Christianity.  From there, Christianity spread rapidly into Russia and Vladimir of the Rus was made a saint.  When the Byzantine empire fell, the Russians saw themselves as the natural successor and became a ‘third Rome’.  More recently, Soviet Communism tried to crush this but failed.  Today, Vladimir Putin sees himself as a natural successor to Vladimir of the Rus, uniting once again the religious heartland of his faith and country, restoring the national and spiritual aspirations, rebuilding Christendom in Moscow, along with the culture, civilization and values which unite Russia, Ukraine and Belarus.

Russia is not alone in trying to restore power through the weaponisation of religion as a tool for aggression, violence and oppression.  I was reminded of the West’s conservative evangelical heartland’s most recent claim to see the second coming of Jesus in the US, in Donald Trump. They saw the opportunity to restore Jerusalem and so bring closer the end of the world.  They tried to ‘crown’ Trump as the second Christ.

My other reflection shows we respond to oppression and fear generally in four ways, usually forgetting Jesus’ teaching and our lives as Christians.   My description is simplistic and I am paraphrasing badly the Jewish Philosopher, Hannah Arendt.  We say:

Yet God reminds us we do have choices, such excuses are not Christian, as Arendt pointed out too with the Jewish holocaust.   We must be ready, whether we are at the top of the mountain with Jesus, Moses and Elijah or in the valleys.  God said: ‘This is my Son, my Chosen; listen to him!’ (Luke 9:35)

We don’t listen to dictators, egotistical leaders, narcissists and sociopaths.  God asks us to listen only to God’s Son, the Word made flesh. The Chosen One is not merely to be seen in his glory, we are to listen to him for all times, beyond the words of Moses and Elijah, the great lawmaker and the prophet of the end times.  Then, like the disciples as we reflect on Jesus’ message, we are invited to think about how we are to listen, act and follow in these days of violence.

Luke has given us some helpful directions:  we remember the feeding of the five thousand, healing and caring for others, spreading the gospel message of love, forgiveness and peace, and Peter’s revelatory statement, which we echo: Jesus is the Messiah of God (Luke 9:20).

We remember Jesus’ acceptance and understanding of the consequences of his own actions and prayer:

The Son of Man will undergo great suffering and be rejected by the elders, chief priests and scribes, and be killed, and on the third day be raised. (Luke 9:22)

As we linger with the disciples on the mountaintop, rubbing prayer from our own outraged eyes, we can still hear God’s words while they drop bombs, bringing death, maiming, trauma and destruction and we remember Jesus’ warning.

Sisters and Brothers, God calls us to a new life in Christ.  Luke connects prayer to this greater sense of identity for all of us in Christ.  We are not identified with leaders who touch with reality, but grounded in the daily discipline of prayer, ministry and communal life, as we offer service to those in need.

We are called by God to listen to Jesus, offering our lives in self-denial and bearing our cross daily.  We are asked to work with Jesus in this messy world bringing hope and healing where only the noise of despair and death is heard.

God is our refuge and strength:  a very present help in trouble.

Therefore we will not fear, though the earth be moved: and though the mountains are shaken in the midst of the sea;

Though the waters rage and foam: and though the mountains quake at the rising of the sea.

There is a river whose streams make glad the city of God: the holy dwelling-place of the Most High.

God is in the midst of her, therefore she shall not be moved:  God will help her, and at break of day.

The nations make uproar, and the kingdoms are shaken: but God has lifted his voice, and the earth shall tremble.

The Lord of hosts is with us:  The God of Jacob is our stronghold.

Come then and see what the Lord has done:  what destruction he has brought upon the earth.

He makes wars to cease in all the world:  he breaks the bow and shatters the spear, and burns the chariots in the fire.

The Lord of hosts is with us:  the God of Jacob is our stronghold.