The Globalisation of Indifference – A war worth fighting?

Stopping Human Trafficking and Slavery is the focus of the world’s faith leaders, business and governments 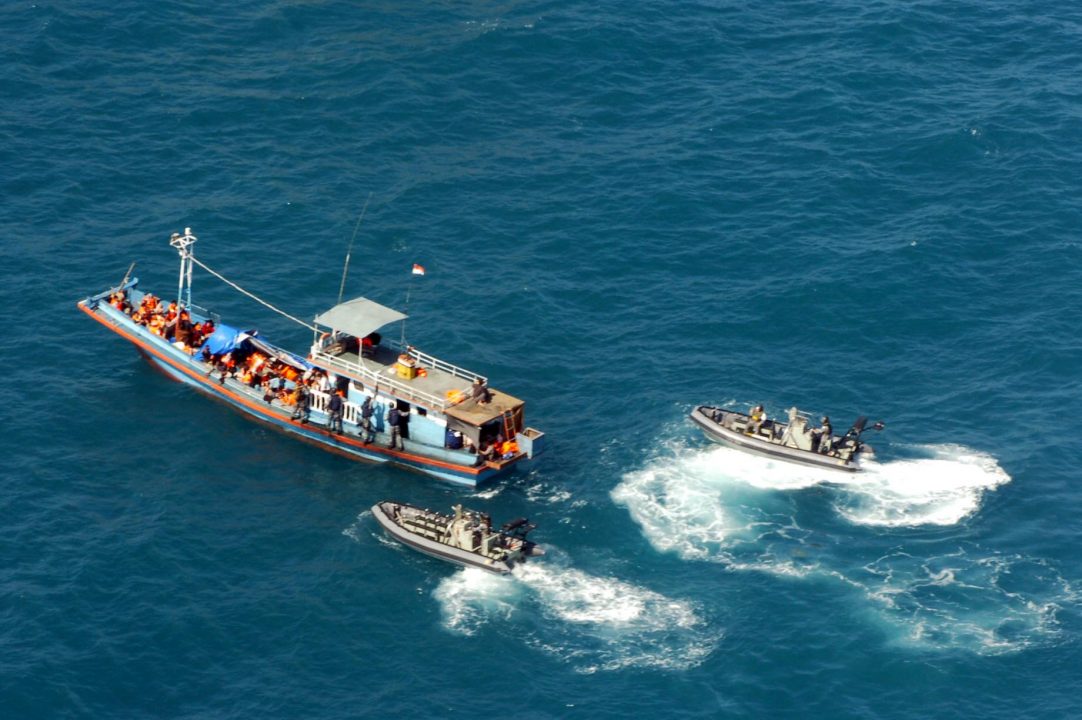 Our treatment of asylum seekers in Australia in recent years and the discussions last week about the possibility of the Australian Government being involved in piracy according to Julian Burnside QC; and, the experience of observers that asylum seekers to Australia are being ‘disappeared’ as a consequence of our Government’s policies, both point to a deeply disturbing series of developments in our country’s behaviour.

Julian Burnside QC, a leading human rights lawyer and advocate has told the ABC the detention of 153 asylum seekers on a customs boat at sea, may amount to piracy. An interim injunction was granted by the High Court to prevent a group of asylum seekers from being handed over to the Sri Lankan navy last Monday. This group includes a number of young children.

For over two weeks the Government’s immigration Minister Scott Morrison had refused to speak about the boat, but counsel has since advised the court that the boat had been intercepted in international waters on its way to Australia and some asylum seekers had been handed over to the Sri Lankan navy with a very cursory assessment done of the claims. A minimum four questions including name and country of origin were used to sort the asylum seekers. As a consequence of the location for the intercept, it is the Government’s view that the boats and asylum seekers are not subject to Australia’s migration laws.

The quiet removal of such asylum seekers, transferring them in Sri Lankan navy control has since raised allegations of asylum seekers being ‘disappeared’ by the Australian government. Both allegations are serious and disturbing.

Since 2012, more than 1,000 Sri Lankan asylum seekers have been returned by the Australian government. An investigation by the Guardian and the Human Rights Law Centre revealed Australian authorities in Colombo ignored claims a returned asylum seeker had been tortured in Sri Lankan prison, sparking criticism that Australia employs a strategy of “wilful blindness” to the plight of those returned.

I wrote last week about the culture of indifference we see in our world. In Australia it is acute for some sections of our community. Such indifference appears to be widespread when we believe we are put at a disadvantage, when we believe we might have to share resources with others who are different to us and we resent others having what we believe are our entitlements.

I write as a Christian, horrified by the actions being taken in our name by our Governments. I am ashamed at the lack of leadership to protest at this type of treatment. We should not have to rely on a few people of goodwill who refuse to standby and do nothing when people are being treated so inhumanely. The ends do not justify the means. Why did ‘stopping the boats’ become an end in itself? What are we trying to prevent?

Australia is disturbing and concerning the world with its actions. Other countries are looking sideways at us and are wondering if they might get away with the same sort of treatment. Our leadership is sinking to new depths of shame.

We are being called to account in international arenas and I am very encouraged, however, that Christian churches are rejecting the Government’s solutions. Jesus reminded us that as Christians our work is ‘to bring good news to the poor, to proclaim release to the captives and recovery of sight to the blind, and to let the oppressed go free’… Jesus asks us to stand in solidarity with those who are suffering, not to stand in judgement on those who we think are worthy or not, who we like or not, or scapegoat and demonise as the case may be and discard those we don’t want. We are diminished by these policies.

The price of keeping an asylum seeker in off-shore processing is over $400,000 pa, many times more expensive than it is to do so in Australia. The money we are spending on ‘border protection’ while we remove the rights of those seeking support for their claims is in the billions of dollars. In a time of fiscal awareness and budget deficits, it is an odd policy decision to make. In addition, we have reduced our overseas aid, and wonder why people can’t find the queues that we demand they should join; we have fallen back away from our millennium goals to help others in their own countries and find ourselves with a reputation that is increasingly tarnished and our global citizenship is limited and parochial and certainly not strategic.

I pray increasingly sadly and with great grief about the plight of those who ask us for help and upon whom we heap abuse, lock up or do the equivalent of secret renditions. It needs to stop. Pray God it needs to stop.