Australia, cruel and vindictive or generous and complacent?

When did we lose sight of justice and instead settle for a few rights?

Don’t promise the world because people will reach for it and find it isn’t there! 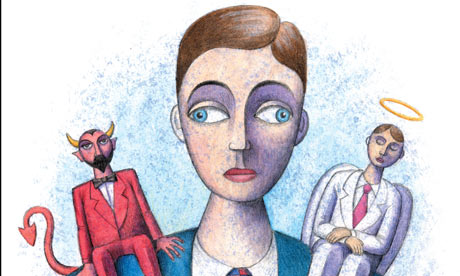 When did Australia lose its generosity and become vindictive and cruel, and unable to see itself as others see it?  This is a very hard question to consider!

Julian Burnside, guest speaker at the ACSA Gala Awards Dinner in Melbourne on the 10th November asked this question of the guests as he told dreadful stories about Australia’s treatment of asylum seekers and refugees over the last decade.  He also likened the deliberate and bureaucratic removal of dignity from refugees to the way we often treat our elderly citizens.

Our behaviour as a country over the last 20 or so years has changed as we stopped welcoming the latest refugee and asylum seeker arrivals to our shores and started blaming them for their situation, started calling them names, started to turn them away and started to demonise them.  We have started to believe the rhetoric of successive governments that began with the treatment of the refugees on the Tampa, and have made ourselves frightened of people who are different and we now resent them for daring to think they might share some of our good fortune as we are a very complacent society with an attitude about entitlement.

What struck me about Julian Burnside’s questions during his speech was its likeness to the questions asked by famous philosopher Hannah Arrendt, as she followed the trial of Adolf Eichmann in 1962-1963 as part of the Nuremburg trials.  She wrote at that time, that the Germans had been taught not to steal, not to rob, not to murder but God knows, they learned to resist temptation!  And I wonder if we have learned such a lesson because our leaders too, have given us permission to despise the other and turn them into our own scapegoats.  I hope this analogy isn’t too strong, but the subject at hand is challenging many of our beliefs and practices and its time to look at ourselves with more judgement.

And I think, we have arrived at that same place that Hannah Arrendt named, only this time it is not Jews who are being rejected but all refugees and asylum seekers who dare to come uninvited to our beautiful country.  Our leaders bear a heavy burden as they set the culture of a society.  Our society is one that now despises and rejects those who are desperate and brave enough to try and save themselves and their families.  Christ too, was a refugee and rejected.  Is that really what we want to be doing again?

Now we are also deliberately setting out to punish refugees and asylum seekers beyond human reason, causing children to attempt suicide, refusing simple healthcare needs, requiring people to beg for basic rights and turning our eyes and ears away from the distress – hence Julian Burnside’s analysis.  Our reflection on our behaviour shows Australia has a cruel and vindictive streak and we should be ashamed that we allow ourselves and our leaders to accept such behaviour of us and themselves and think that it is alright.  It isn’t and when we realise how we treat vulnerable people and punish them and lock them up without trial for simply being alive and in the right place at the wrong time, it is long past time to demand a better and different government and social response.