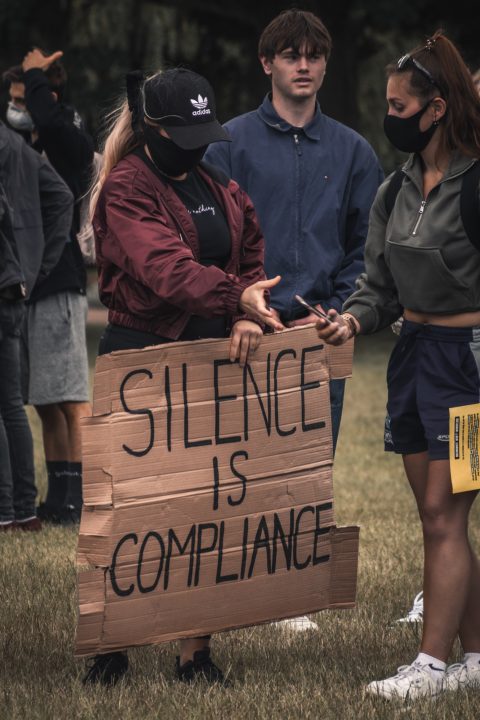 I was recently invited to speak at the annual meeting of the Anglican Mothers Union of Australia (AMUA) Diocese of Bunbury at its AGM.  It was an invitation I accepted with pleasure and in response to the extraordinary work of the AMUA  I chose to talk about the story of Bathsheba and King David in 2 Samuel 11:1 – 12:7a as a way to reflect on how the Bible generally, Jesus and our faith speak to us of gender-based violence in our world.

I am aware this may be a difficult subject for some, so I ask your forgiveness if this raises any difficult issues for you.  There are helplines available for those who need assistance.

I wanted to speak about this as the AMUA actively works for Gospel justice in families in our Anglican Church around the world and this is a critical matter for all of us. The AMUA is also a staunch Advocate of the 16 days of Activism which commences on the 25th November, the International Day of Elimination of Violence against Women and which runs until the 10th December, the World Human Rights Day.

I also want to acknowledge the many faithful, just men who have put their energies into working alongside women to learn, teach and change themselves and those around them as we seek to transform this part of the human story.  I am grateful to all who are engaged in labouring for this harvest.

So let me begin.  Bathsheba is the woman King David abducted from her husband Uriah, David raped her, and in his continued desire for her, caused her husband to be sent to the battle front and be killed, so he could marry her.

However, the biblical commentaries blame Bathsheba for causing King David to be so overcome with lust after he saw her bathing; he abducted her from her home, raping her and thereby committed adultery with her.  He then compounded his crimes by ensuring her husband Uriah remained at the battle front so he was killed.  To achieve this, others also had to die to make it look like an accident.

This story, like many similar ones in the Bible, speak powerfully of patriarchy and misogyny, ownership of women, sexual abuse and rape, the abuse of power and oppression, the willingness of privilege to let the darkness overwhelm the light so blindness prevailed, and the desire of those in power to cancel the year of the Lord so no women went free.

You might say this is all in the past and why use such stories today, given we live in a different culture, context and time in history.  However, the widespread nature of the #MeTooMovement and the increasing recognition of persistent gender violence shows how little has changed over millennia.  The continued abuse of power exercised over others for one’s own purposes mean the bible stories continue to be living realities for many women today, raising trauma and despair as bible texts are wielded as a weapon to control and oppress.  What appalls me is many of the current Biblical commentaries continue to downplay the experience of violence against women and children and implicitly support its purpose.

In all the years I have attended church I have never heard a sermon or a talk on family and domestic violence by a priest from the pulpit.  Yet it is an issue of Gospel justice being increasingly recognised as an essential ministry of the Church and I am so pleased my diocese has started working on policies and on ways to prevent it.   I am also very glad the AMUA is so focused on this issue as it offers its leadership to the church.

Women are intimately familiar with these stories from the bible played out in real life; and given the statistics, there are women here for whom this is a lived reality.   Current research suggests 3 out of every 5 women between the ages of 15 and 65 experience family and domestic violence, whether physical, sexual, economic, social or spiritual.   This means there are those in this room who know this reality.

The number of stories in the news are growing because greater light is now being shone in the darkness; the cover is being lifted on what has been going on in our own homes, workplaces and communities.  In WA more than one woman a week is killed by an intimate partner.  The horrific statistics describe a war against women.  For women and their families, the political, cultural, social and economic responses are a war zone.

For centuries, Bathsheba has been blamed for causing the adultery and inciting David to lust.  It is apparently her fault David couldn’t control himself when he watched her bathing.   Clearly, she was asking for trouble being such a beautiful woman and bathing naked.  The abduction and rape were her own fault.  She was also simply a possession, her husband’s chattel and the subject of a king.   She had no rights or power to consent.  The commentaries assume she was probably glad to catch his eye.   They suggest Bathsheba asked for it, would have been glad to be the wife or concubine of a great king, and she was when all is said and done, a conniving, scandal-laden woman who deserved everything she got.  In other words, poor David was the victim here.

For women today, this is not simply a story about adultery or theft of personhood, or misuse of royal power.  It is a story of rape, gender based violence and the abuse of power. It is a story of oppression, control and a denial of God by David, as it is by all who commit violence against women or any other human being.  King David already had seven wives, slaves and prostitutes with whom he could have sex. But he wanted Bathsheba and he was going to take what he wanted.   Because he could. And then she had to marry her rapist.

We are outraged against such marriage laws being enacted in other countries as a defense against charges of rape or sex with underage children, to satisfy notions of honour and shame.  Such outrage shows social expectations are shifting, praise God.

Yet we hear the familiar questions asked of women today who report sexual or physical abuse, violence and rape, shared in the news by judges and media commentators as they minimize and diminish the experience of rape and physical violence.   What was she wearing, where was she, she was clearly asking for it, what was her sexual history, how many men had she slept with prior to the King, was she drunk?  Irrelevant questions not pertinent to the experience of millions of women today.

We are told Jesus belonged to the House of David, a descendent of David and Bathsheba.  So what do we do with this bit of interesting history – some would perhaps argue the end justifies the means, as we focus on God making good happen from the evil.

This is not the point for millions of women and it is not the end of the matter.   And what do we say to all our daughters and granddaughters, our sisters and mothers. ‘I’m sorry you live in such a world?’  Accept it and put up with it?

This is not good enough or sufficient.  As a mother of two sons, what do we say to our sons and brothers, husbands and fathers about such matters.

In our churches we continue to hear the same stories by people claiming to be good Christian people, who have perpetrated physical and sexual gender-based violence on partners, wives and children.  Their interpretation of the biblical texts to conform their understanding of God’s love to suit their purposes has enabled the violence and abuse to continue within their families and sanctioned by those around them.

Jesus was unequivocally opposed to all forms of oppression, violence, discrimination, control, hatred, privilege and misogyny.  Gospel justice does not include this as an acceptable pathway in finding perfection or righteousness.

As I come to the end of this reflection, the reality is we can ‘work on’ the problem by working on committees and with women’s refuges; we can ‘work with’ the issues by teaching and raising awareness and offering practical services; we can show our care and love by listening to survivors, being with them in solidarity, giving witness and caring for them in their pain and grief; and finally, we can write, lobby and make sure we do everything we can in our families, homes, workplaces, churches and communities to ensure this behaviour is categorically rejected.

We must refuse to accept excuses and resist the platitudes of others who don’t take it seriously.  We must not turn away and ignore the problem; we must raise awareness with the men in our families, workplaces and communities; we must educate each other about the issues; we must make sure we understand the arguments being offered; and we must teach and preach until there is no tolerance for any gender-based violence. On such work will God’s light shine dispelling the darkness and the hope of the Risen Christ is present for all who are oppressed and killed.

We must believe the women and children when they tell us what’s happening; and we must work with them to ensure justice for them.   We must make sure a hope-filled Gospel justice is offered to survivors of family and domestic violence, however messy, uncomfortable and difficult this is for us.   We will work alongside others, inside and outside our churches in our flawed, messy ways to make this violence truly a story of the past.  What we won’t do, is continue as we are and accept the way things have always been done.