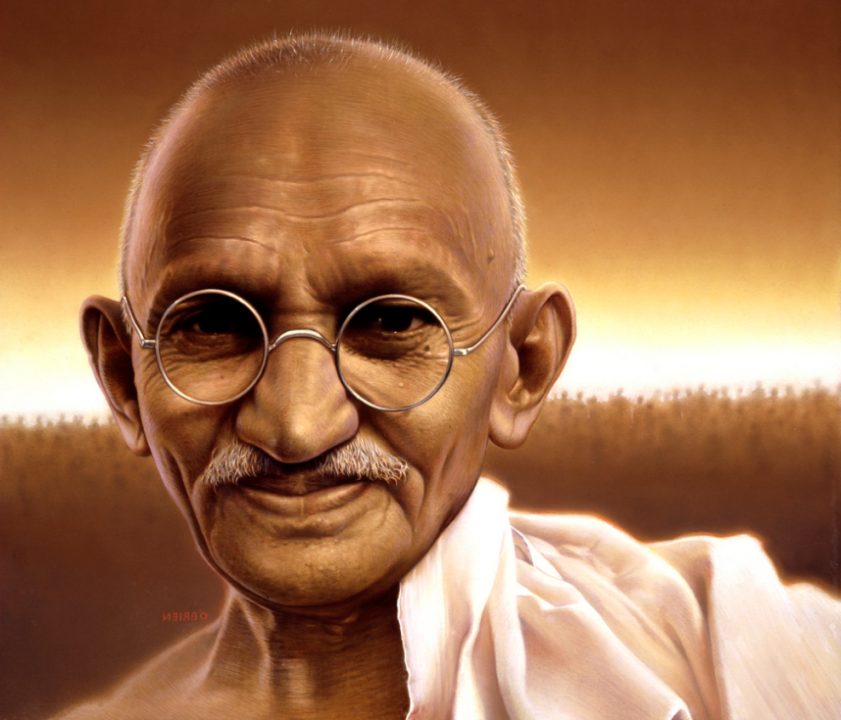 Sunday, 2nd October was the International Day of Non-Violence, in honour of the birthday of Mahatma Gandhi.

As I was looking at my Twitter feed I was struck how immediately after the reminders being posted on this special day honouring Gandhi and the work of extraordinary people around the world seeking to end violence; the subsequent tweets said: “You cannot imagine what we see every day: Children who are coming to us as body parts. – A nurse from #Aleppo, sent through from Human Rights Watch.”

Doctors are overwhelmed after attacks, as Unicef counts 96 children killed and 223 injured in the city since Friday. Forces loyal to the Syrian government have bombed out of service the two largest hospitals in besieged eastern Aleppo which serve a quarter of a million civilians, in what doctors have described as a catastrophic campaign that is testing the conscience of the world. The UN Commission of inquiry into the Syria crisis has long concluded that health facilities are being systematically attacked by government forces. Physicians for Human Rights, an NGO has identified 382 attacks since the start of the war on hospitals, more than 290 of which were carried out by the Syrian regime and at least 16 by Russian forces.

A few tweets later, is a story by Human Rights Watch on France’s plans to abandon 1,000 lone asylum seeker children when bulldozers destroy their shelters in four weeks.

Sudan’s government is accused of using chemical weapons against civilians in Dafur, affecting babies and children, causing them to die in agony.

In Australia we protest the treatment of those who have sought safety and security in our country as they flee such violence only to be locked up without trial or judgement in neighbouring failed sovereign countries, for no crimes, for an indefinite period, and subjected to torture, abuse and violence in our own concentration camps offshore for those seeking asylum and refuge. All this in breach of all the Conventions and international commitments Australia has made previously to protect vulnerable people.

In Australia we resist the violence done to women, where according to White Ribbon:

We’re told there are between 30 and 45 million people living in slavery in the world; and, there are at least 65 million people now, seeking refuge and asylum as the presence of violence settles into a new norm, across the middle eastern region and elsewhere. Hatred is being fuelled as a signifier of power being held more and more tightly. I am only too well aware that if these were the circumstances facing me and my family, I would be doing what they are doing, seeking to protect those I love, fleeing to another country, and desperately trying to believe in a world that hasn’t given up on its sense of justice and law.

In contrast to this apparent increase in violence spiralling out of control, there are the other sorts of stories, of commitment to peace and non-violence with peace keepers going into war zones to protect and care, those establishing gender equality to bring billions of women hope and peace, the NGOs seeking to ensure the provision of food and water for those in need, hospital care, nurses and doctors giving their lives to save others in war zones and to those arguing for climate change as we try to repair the damage we have done to creation; and always keeping a focus on justice for those who live in our margins.

I’m going to quote from Richard Holloway’s book (2008), Between the Monster and the Saint, where he talks about the need for justice:

This ability to feel ourselves into the lives of others is the root of a morality of sensitivity that refuses to become an unconscious instrument of force. Apart from our failure to feel the pain we have caused others, another challenge we face is to avoid becoming evil in response to the evil that has been done to us, thereby affording force a double victory…. any sensible society has to protect itself against the depredations of those who have turned against humanity, whatever theory is held about the factors that produced them. Martin Luther King said that while a law could make no man love him, it could stop them from lynching him.

The evolution of a public justice system as a replacement for personal responses to evil was intended to place an obstacle before the forward momentum of private revenge.

Arendt was passionate about the importance of justice in responding to the chaotic forces that face the human community (2008:29-30).

Richard Holloway goes onto explore the concept of restorative justice:

Gobodo-Madikizela’s experience in South Africa’s Truth and Reconciliation Commission proved to her the importance of what we might call the performative rhetoric of justice. She says that a genuine apology is a ‘speech act’ designed to right the relationship damaged through the actions of the apologiser. The apology cannot, of course, erase what was done, but it has the potential to transform the situation created by the offence. In order to work, the apologiser has to name the deed, acknowledge the wrongdoing, recognise and in some sense feel the pain of the victim.

Western justice has been good at limiting the momentum of force by institutionalising its response to offenders who, in theory, are judged dispassionately in order to express humanity’s disapproval of those who turn against it. What we have paid less attention to is the trauma caused to the victim who needs, for her own re-integration after degradation, to hear the offender ‘perform’ his acknowledgement of the wrong done. In some cultures, this act is the punishment of the offender, who is brought back within the human community he turned against once he has sincerely owned the reality of what he did, has performed an adequate apology and made some form of restitution. There is growing evidence that the ‘performance’ of repentance has a greater chance of re-integrating offenders into the community than the imposition of other types of punishment. Unfortunately, the momentum of the justice systems in the US and Britain (and Australia) is running counter to this insight….its promiscuous use of prison as punishment is closer to the ugly desire to cause pain to the offender than to Arendt’s claim that the purpose of justice is the recognition that the person offended must have her humanity restored by an act that recognises her degradation. That is the first and fundamental element in a wise justice system. The second must be to try to find ways to restore the offenders to the human community they have turned against (2008:30-31).

This is a long quote from Richard Holloway. However, in the interests of trying to find a way through from Gandhi’s vision of non-violence and our own Christian perspective on peace, healing and love, Jesus’ commandment to love our enemies, means finding ways to create and establish ‘enemy love’ without scapegoating or pillorying them and intensifying the desire for more violence, terror, death, punishment and torture in response. It means finding ways for forgiveness and repentance and it also means we have to find ways to grow and develop our sense of restorative justice for the victim, for those who have been wronged.

It would be interesting to see what that might mean in the Syrian conflict, for those women and children being trafficked and enslaved around the world, for women being killed by their partners, for those being locked up and tortured by repressive regimes, for our governments complicit in the violence and terror being meted out in third countries, and here in Australia, for our own government’s response to those seeking asylum, to our First Nation peoples, for those churches complicit in abuse and violence across generations and so on.

In our own lives, what does the stopping of petty violence look like in our families, in our workplaces, with friends; listening instead of abusing, asking for help instead of trying to punish and end the pain, working at relationships instead of increasing the hatred and despair. It means providing and ensuring non-violent responses, safety, justice and restorative justice for those being harmed.

The work of Gandhi, Martin Luther King, and Jesus are all people who inspire and provide hope and the willingness to resist the demands of governments and others who insist there is no other way except through hatred and despair.

Psalm 101:1 says: “My song shall be of steadfastness and justice: to you Lord will I sing”. God be with you.