I have been reflecting this week on how hard it is to change ourselves, to change habits, beliefs, opinions and behaviours. How hard it is to do things differently, perhaps deliberately setting out to learn something new, putting ourselves at risk of discovering we might have been wrong, or that something is different to the way we imagined.  It is very hard indeed and often we give up because it becomes too hard to maintain.

But this particular Gospel story, of Jesus meeting the two disciples on the road to Emmaus is critical for our understanding of Jesus, his resurrection and our response to this gift.

The two walking on the road to Emmaus, Cleopas and another, possibly a woman, are sad, perhaps frightened, certainly putting some distance between themselves and Jerusalem.   They are going over the events of the last few days and this would have included the news of the women who had been to the tomb that morning who said they had seen Jesus and who were not believed.

And then Jesus joins them at some point on their journey. But we are told ‘their eyes are kept from recognising him’ (v16) while Jesus reveals the scriptures to them.  He explains to them as he did on the earlier journey from Galilee to Jerusalem, as he walked towards his crucifixion and death, and now after his death; he explains once again the scandal of the crucifixion of God’s Son, the Messiah.

Jesus says to them: “

Oh how foolish you are, and how slow of heart to believe all that the prophets have declared!  Was it not necessary that the messiah should suffer these things and then enter into his glory?”  Then beginning with Moses and all the prophets, he interpreted to them the things about himself in all the scriptures.” (v25-27).

And so like the disciples, let us start to think about what is happening in this story.

My first reflection is about what we do when thing go wrong in our lives as they tend to do from time to time. We may or may not ask for help from God or from other people, but more often than not we try and fix things on our own.

What we need to do instead, is to think things through together in the light of our faith. We need to think about the story of God’s faithful dealings with us from the beginning till now.

This is the experience of countless disciples with whom, when we share with one another in the context of our faith-memories, Jesus himself is able to make himself known to us from within. He can show us what the story is really about and how we can make sense of it with God.

Andrew Chan, who became an ordained minister in Kerobokan Prison; when asked about his impending death for drug trafficking two years ago, and how he coped; responded that instead of telling God how big his problems were, he told his problems how big his God was. Chained together in the darkness with Myurun Sukumaran, as they walked steadily towards their death, Andrew sang, ‘Saviour you can move the mountains’.

Not only do we see God clearly when we focus on God and God’s faithful dealings, but our hearts burn within us as the Holy Spirit blows away the barriers.

No wonder Jesus tells us off, ‘how foolish are you and slow of heart to believe…”.

My second reflection is Christ had to suffer before entering his glory. The cross is not accidental, not just an unhappy dreadful mistake, but something written into the fabric of God’s whole relationship and journey with us.

Nowadays we are so appalled at the barbaric use of the cross and for many, we are so horrified at the use of the death penalty still, that we find ourselves somehow thinking that perhaps, wouldn’t it have been better if Christ had brought salvation without the crucifixion? Could God not have made the world a place in which we could live happily ever after in comfortable communion with God without such drastic measures?

Such a world would not be a world that needed a saviour.

My third reflection follows on from this, Christ had to suffer because of us. Every part of our scriptures point to this truth, the relentless, unmistakeable self-seeking nature of our human hearts.

Our instincts are totally focused on self-preservation, self-gratification and self-promotion. This is God’s gift to us for our survival.  But God, free from constraint, is pure self-giving love and this is fundamentally and terrifyingly unwelcome in our human society and cultures around the world.  This has been understood by teachers, philosophers, and spiritual guides throughout history.

Plato wrote that a perfectly just person would be blinded and impaled as a lesson to us all.

My fourth reflection is about why the disciples are kept from recognising Jesus and why perhaps all the appearances of Jesus risen have this aspect in their telling. It is only in the community – ideally at the shared table – the Lord is recognised.

As they came near the village to which they were going, he walked ahead as if he were going on. But they urged him strongly, saying, “Stay with us, because it is almost evening and the day is now nearly over.’  So he went in to stay with them.  When he was at the table with them, he took bread, blessed and broke it, and gave it to them. Then their eyes were opened, and they recognised him; and he vanished from their sight.

We have two principles here, first Christ is known only from his life lived among us; and secondly after his death, Christ is recognised only because he rises above his life in the flesh and enters into his glory – his glory, not ours.

I’ve spoken before about how we want to own Christ, steal him for our own purposes, make him into someone who does what we want. A Christ entering into our glory, would be a Christ using worldly powers, using violence and pain to make certain his glory.

As members of a church and individuals, in our families and communities, we have had this stolen Christ presiding over inquisitions, burnings, dogmatic, bigoted pronouncements, delivering cruelty to people who sin against our judgements, not to mention the crusades, so-called just wars, colonisations, conquests and violence, hatred, discrimination, rejection and murder.

The Risen Christ comes into his glory only when he is recognised within the communion of faithful disciples – and only there!

And it is worth realising it is only when he is recognised that he leaves. And of course he does, for he lives not in his own flesh which he has used up totally in our service, giving it to us as food for the soul, but in ours.

He is to be seen only in our unity with one another which is what he taught us all along the road as we accompany him from Galilee to Jerusalem to his death.

Jesus appeared after his death only to those who did accompany him on that journey, which is why there is such an emphasis and insistence on table fellowship. This is why sharing the Eucharist remains such a joy, and the centre and source of church life right from the start.

My final thought is that I am deeply saddened this heart of our relationship with Christ and with God remains such a contested, fought over place. We try and decide who get access to the table and who doesn’t.  Our fights, our dislikes, our petty disputes and conflicts, our desire to hurt each other, ensuring vengeance and punishment has no generosity or forgiveness.  It is at this other table when Jesus stood at the edge of the Sea of Galilee giving Peter the opportunity to mend his betrayal with love that we meet the Risen Christ.

I started out this reflection thinking about how hard we find it to change ourselves, our world views and our opinions.

And I am reminded again, we are only changed by God; and only by God’s Grace and love. Our willingness to change lies in how we live in community with Christ and each other, as we listen and learn again on our journeys from Galilee to Jerusalem; and from Jerusalem to Emmaus.  Are you willing to travel with Jesus today; as the way out of our continued betrayal of God, lies in Jesus’ words:

If any want to be become my followers, let them deny themselves and take up their cross daily and follow me. For those who want to save their life will lose it, and those who lose their life for my sake will save it.  What does it profit them if they gain the whole world, but lose or forfeit themselves? (Luke 9:23-25).

Reference: Glimpses of Jesus through the eyes of his friends Luke.  (Ian) David Mackay 201 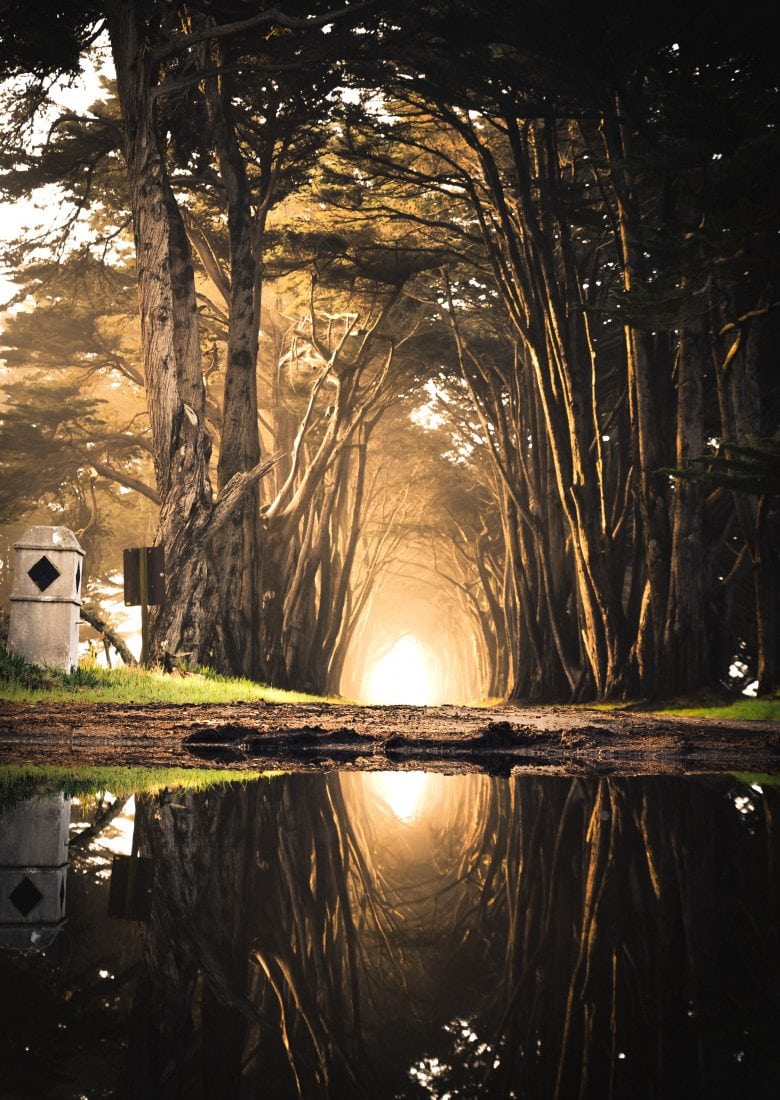