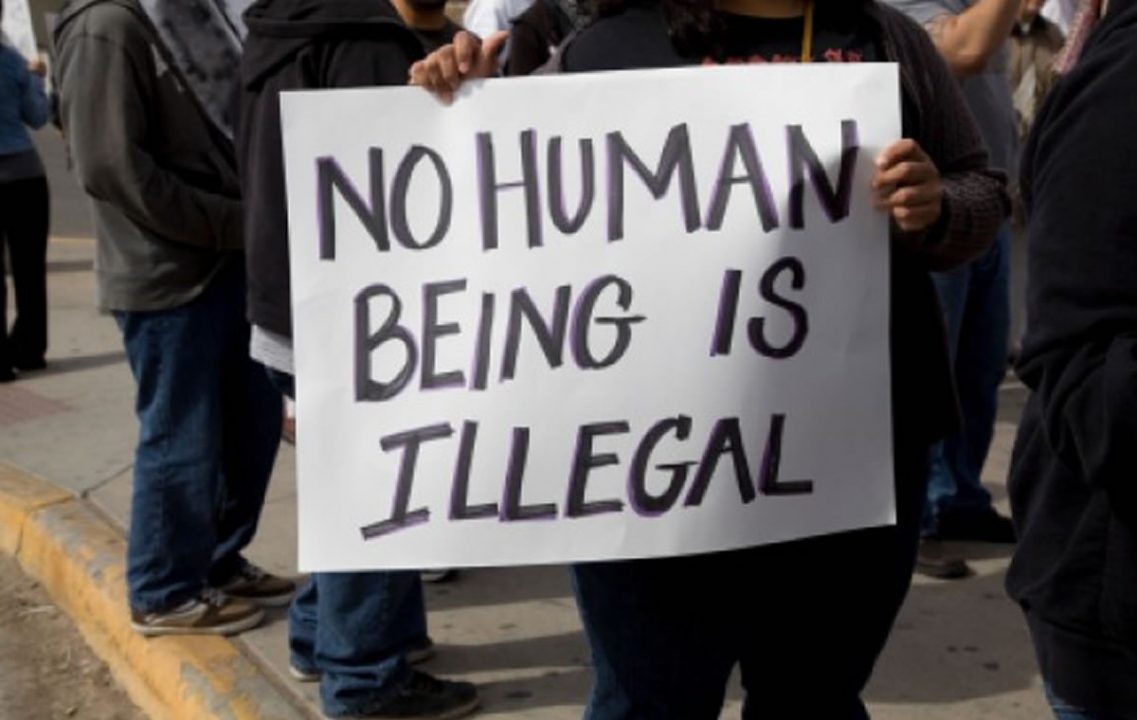 No Human Being Is Illegal

Martin Luther King talked about the need to raise the level of discomfort among people when injustice is being perpetrated to the point where the discomfort is so acute, people, individually and collectively, have to address the issue causing the injustice.  He talked about this in the context of creating and implementing non-violent, peaceful direct action and protest concerning racial discrimination in the USA.

I have been reflecting on this in the light of the peaceful, non-violent actions being taken by Love Makes A Way in which I have the privilege to participate; a movement of Christians protesting the detention of children who are asylum seekers.  These children have been locked up in concentration camps in Australia, Nauru and Christmas Island.  They have been refused refuge and are being rejected and if found to be refugees, they are sent to other countries poorly equipped to cope with them.  The numbers of children locked up fluctuate but the reality is one child in detention is one child too many.

Martin Luther King argued when people say we need to wait, we need to talk, we need to ensure everyone is of the same mind before we can change, all we are doing is perpetuating the injustice and allowing their discomfort to hide the injustice.

Arandhati Roy said: ‘once you’ve seen it, you can’t unsee it’ and it seems to me, injustice is like that.  Our shame as a nation, is we believe the lies and accept the propaganda about asylum seekers and refugees, because it is easier not to question and have our lives disturbed by dealing with difficult questions that may not have simple answers.  It is easier to dismiss the issue, accept the invisibility and demonisation of the stranger to avoid such discomfort and arguments about solutions.

When I watch film clips of brave young black men and women students, walking into the white coffee bars in the US in the 1960s and being beaten, locked up, abused and vilified, it seems hard nowadays, to think how the obvious racial discrimination could ever have been acceptable, and yet, in some places it is still the case.  We see such injustice still in Australia as well as overseas.

I see it in the way we are treating those seeking asylum in our country.  They are not illegal.  Australia has signed the UN conventions and treaties committing us to behave in a particular way and supporting the global understanding of how we work with people who are fleeing their countries because of race, gender, political views, faith and war.  These are often the initial reasons but not necessarily the only reason for their flight. Returning home can end up with being killed.  To discriminate because of the way they flee, to blame the victim again for their travel arrangements and to turn Australia into a pariah country because it is not honouring its obligations and is re-writing its legislation to remove its commitments, is an outrage and shameful.  It is what is being done now.

As a Christian, I read the Gospels and listen to Jesus asking me ‘what did I do for the hungry and thirsty, the stranger, the naked, the sick and the prisoner; and when I have to reply that I supported them being locked up, turned away, not welcomed but actively rejected and vilified because I stood by and did nothing while the systems and structures of our country are redesigned to enable this; I realise I have no alternative but to find another way.  Jesus’ own invitation to seek justice for all of God’s children is a fundamental Christian obligation on all of us, and it is my starting point as an individual, as an organisational leader and in our church.