Which Way Will You Choose?

The Darkness of Faith 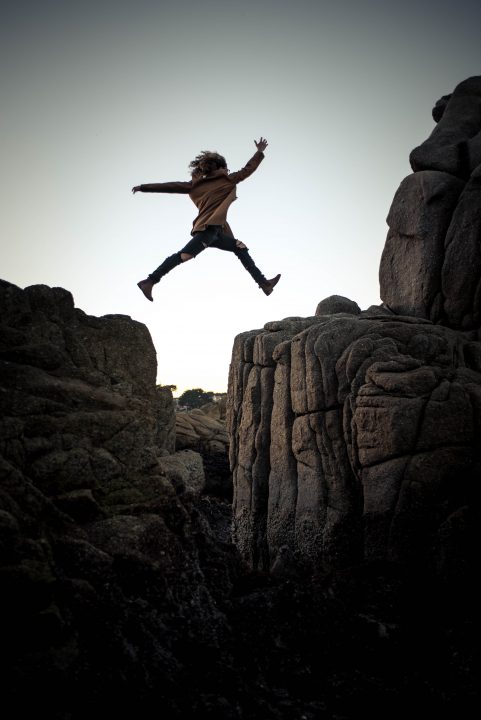 Like many of you I expect, I saw this week the hastily convened press conference by the Collingwood Australian Football League (AFL) Club board and its president, following the leaking of a report called ‘Do Better’.  It had been commissioned to investigate the clearly identified ‘distinct and egregious systemic racism’ which was entrenched, protected and nurtured in the club over decades.

I also listened to the remarkably clear witness given by 2010 premiership star Heritier Lumumba as he gave a comprehensive and scathing indictment of the club’s culture over decades and his own awful experiences of its racism while a club player.  It was his complaints and complaints from other victims over decades that finally dragged the club to this point.

Heritier Lumumba’s explanation of racism was clear and helpful.  He described how the institutionalisation of racism as a systemic entrenched culture is privileged and protected by leaders and others invested in maintaining their power and culture from the good old days, as it is in our wider society.  The explanation made for hard listening.

Subsequently, people have responded differently to the Report, including denial, minimalising, anger, blaming, rejection, not understanding or accepting the report’s conclusions; or with acceptance, shame, sadness, regret and repentance, a desire accept the reality of active racism in their beloved club and a willingness to behave in an active anti-racist manner in the future, genuinely demonstrating a desire to change.

The outcome for the club will likely be somewhere in the middle, with the willingness of those in the club to change the way they learn, speak, behave and think about racism alongside those who will fight and resist any suggestion of guilt, collusion or apology. The club has started on a long journey and we wish them well.

As I think about this, I want us to reflect on Jesus’ behaviour in Mark’s Gospel (1:21-39), including his healing and teaching (Mark 1:22) ‘as one having authority’, and the impact his ministry was having on those around him.

I reflected on the Collingwood story because I’m interested in how we behave when our beliefs, culture and privilege are called out and how hard we sometimes work to keep our lives safe from change, from God and from those we despise when we defend injustices and our reactions when we are called out.

For the Collingwood club, its members and supporters despised and discounted people of colour, people who were not white Australian and who were clearly considered less than human, being the belief underpinning racist behaviour.

For those in Galilee and Capernaum, the scandal of Jesus’ unacceptable behaviour included Jesus calling out their established beliefs, behaviours and words.

Jesus was teaching about a loving God, he was forgiving sins and freeing the despised and marginalised from oppressive economic, cultural and religious rules.

Jesus was physically, practically healing bodies and minds on the sabbath; touching and healing women who were impure and less than equal; he was healing those possessed by demons and lepers who were absolute outcasts; he was touching and raising the dead and polluting himself; he was consorting with tax collectors, women, the poor, the dispossessed and gentiles.

All of which added up to an appalling disregard of all the accepted social, cultural, economic and political norms by which a Jewish male teacher and healer should live.

The people invested in keeping their lives, culture, politics and systems the same and undisturbed, included those in power and their supporters who kept a very close eye on Jesus to make sure nothing and no-one took away their privileges or revealed them more clearly to the unsuspecting.  They didn’t want questions and they certainly didn’t want change. Their response was outrage, fear, rejection, resistance and anger.

Yet Jesus, an itinerant preacher, teacher and healer in Galilee was bringing people together in great numbers, and ‘they brought to him those who were sick with various diseases whom he cured and he cast out many demons’.  (Mark 1:34)

And I think about the effect and impact of healing.  The stories told of Jesus’ healing range from the simple description, ‘he took her by the hand and lifted her up’ for Simon’s mother-in-law (1:31), to the woman who was hemorrhaging who touched his cloak without asking permission (5:25-34), and to those whose sins were forgiven before physical healing took place.  Healing was done at a distance with Jairus’ daughter (5:22-24, 35-42) and the centurion’s slave and the lepers; with physical touching and forgiveness for many blind, deaf and the physically disabled.

The emphasis on all this occurring on the sabbath is frequent.  Jesus is present on the rest day, in God’s time in periods of illness, recreating the meaning of the Sabbath as another gift from God.  Jesus is present with personal compassionate kindness directly touching those previously considered unclean and their unwanted bodies.  Jesus is present in the distress and grief of death as he wept and called it out.

Jesus sees and understands the mental illness of demon possession and how such illness excluded and scapegoated those who suffered with their families.

Jesus weeps at the death of others and is devastated at its impact.  He recognises the importance of our relationships in our lives as with Simon’s mother-in-law, Mary and Martha his friends and with Lazarus, Jairus’ love for his daughter, the centurion for the slave, and he is always present, present, present.

Jesus’ unutterably kind, compassionate blessing of words to the woman who had been bleeding for 12 long, painful, oppressive years are extraordinary, ‘Daughter, your faith has made you well; go in peace, and be healed of your disease’ (5:34).  Such words of liberation, simplicity, equality and openness without further expectations are beyond belief.

Being healed in mind, body and spirit takes courage for those who are ill and is risky because we have to change the way we have been previously. Not everyone wants to be healed.

And Jesus keeps moving.  He knows he does not have a lot of time.  The tide of opinion will turn against him quickly as no-one wants to have their notions of God, forgiveness, love and service for all humanity upended so radically.

Healing of the whole body, mind and spirit is significant as we recognise Jesus sees and knows each of us as a whole person.  Not just the bit of the body that is broken, or the aspect of our mind identifying us as the disease, all done as part of the dehumanisation of illness and brokenness.  And as with racism and the naming of the non-white, we reject, objectify and dehumanise those who are different, of other genders and other faiths.

Yet the steps we take towards healing, with repentance and forgiveness free us and bring us to rest.    The Collingwood club this week saw several players and members writing a public letter expressing their sorrow, grief and shame at what they had done.  The journey towards healing has begun.

The Gospel challenges us to overcome fear and doubt in Jesus, to embrace the cross, together with those whom we reject and despise and proclaim the gospel together with them.  I know it is in these moments we falter and wonder whether we will be healed.

We do not understand why God’s Son is crucified when his authority is so complete.  Why we share in the crucifixion rather than being healed just because we will it so; and then we wonder how can we look forward to the hope which is Christ Jesus when everyone around us is resisting, including us?  But I remember the words of Paul in 2 Timothy:

For God did not give us a spirit of cowardice, but rather a spirit of power and of love and of self-discipline.  May we rekindle the gift of God within us.