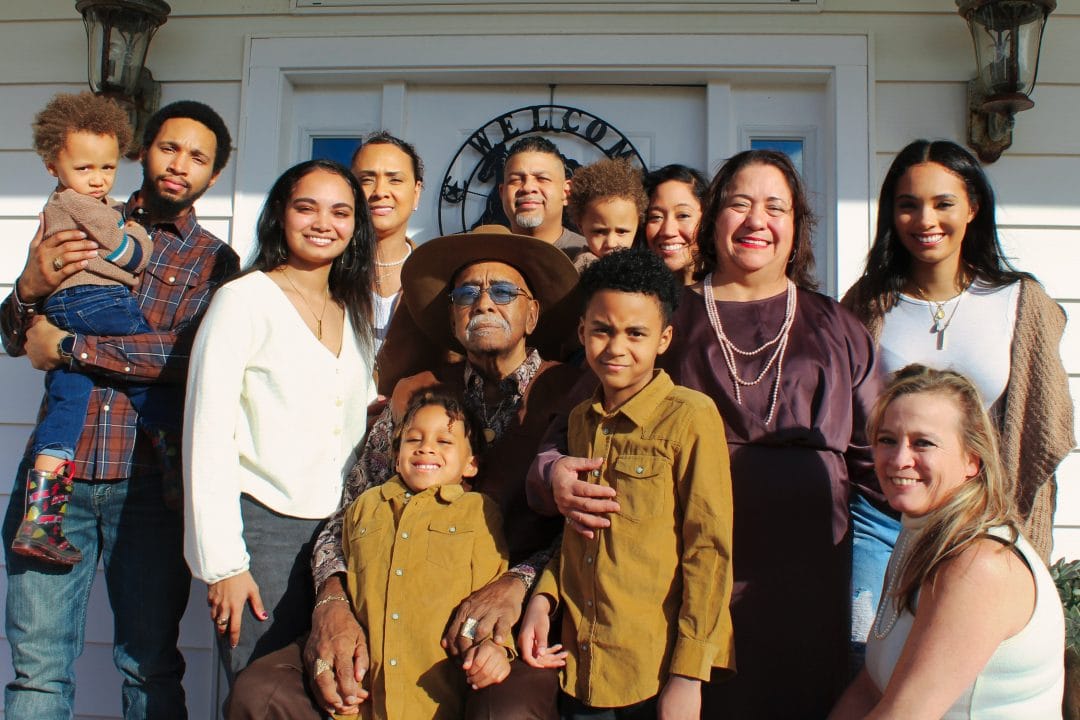 There is an old saying: ‘you can’t choose your family, but you can choose your friends’.    I thought about this as I reflected on the gospel reading from Mark 3:20-35. I wondered how challenging this story is for those who might think they have to choose between God and their family.

In Mark’s story, Jesus has gone back home to Galilee, partly perhaps, to see his family.  However, the welcome home was not quite what they would have expected as we’re told his mother and brothers came out to see him, to restrain him because of the crowd’s behaviour as he cured and healed those within the crowds.   His reputation for being a trouble-maker had gone before him as he was curing and healing.

In Chapters 2 and 3 of Mark, we’re told of the problems caused by Jesus’ healing on the Sabbath, consorting and making friends with unsuitable people like tax collectors and sinners, and sharing meals with them.  He says in response to his critics: ‘The sabbath was made for humankind, and not humankind for the sabbath.’ (Mark 2:27).    This was not the dialogue of appeasement.

Jesus then cured a man with a withered hand on the Sabbath.

He said to the man with the withered hand: ‘Come forward,’ Then he said to them: ‘Is it lawful to do good or to do harm on the sabbath, to save life or to kill?’   But they were silent.  He looked around at them with anger; he was grieved at their hardness of heart and said to the man, ‘Stretch out your hand.’  He stretched it out and his hand was restored.’ (Mark 3:3-5)

Immediately those opposed to Jesus, the pharisees, the temple authorities and leaders started to look for ways to destroy him.  These stories make clear Jesus is someone who divides and polarizes those around him. He was not always a comfortable man to be around.  His anger is palpable at the blindness and cruelty of those who insist on the letter of the law, describing it as ‘ their hardness of heart’.  In Mark we see emotions running high, the debate had gone as far as wondering whether Jesus was Satan or from God. The gossip was heating up and becoming dangerous.

We were told in Luke’s Gospel, 4:28-30 after Jesus announced the start of his ministry in the synagogue by reading the verses from Isaiah, the local community were so enraged at him they wanted to throw him off the town’s hill.  A strong reaction by any standard.

Jesus was known as Joseph’s son, and the allusion to only his mother, brothers and sisters turning up at his return visit home, suggest Joseph had died; while the scandal of Mary his mother would never have been far away from the minds of the local community.

A scandal about Jesus’ legitimacy and Mary’s honour may lie behind the text. If Jesus was the oldest son in the family, family obligations and care for his mother would already have caused great grief and concern with his ministry taking him from home.    The text suggests not only did Jesus leave his family behind to fulfill his messianic calling; he left behind a family dependent on him.   Family misgivings, fear of rejection, unkindness and gossip would not have been far away.  Jesus’ family was wanting perhaps to make sure Jesus doesn’t re-open old wounds.

In not mentioning his father in this story, we are reminded that first century CE society was patriarchal (male-rule), patrilineal (male descendancy), patrimonial (male naming) and a patrilocal (male placement) society.  This story about Jesus’ family is a significant attack on the concept of family within Mark’s community; and it continues to be so today for many. As we think about our own understanding of family and the richness and diversity of this word and concept, I invite you to you think about your own response to this story.  Are you accepting or rejecting Jesus’ behaviour and words?

What is also interesting in the story is Jesus’ family’s physical placement in relation to the crowds.  They have become the outsiders with Jesus’ disciples now the insiders in the circle around Jesus.  Mark invites us to think about how the ministry of Jesus calls for a remaking of the family of Jesus.

Jesus’ welcome of his family appears less than warm.  He apparently ignores them in this short story.  They might have known him the longest but appear to understand him the least.   He sent no messages, offered no welcome, and gave no special response to his loved ones, even when he’s told they are outside.  Instead, Jesus takes the opportunity to ask the question, making this a teaching moment:

The people right in front of him become his family as he answers his own question.

‘Whoever does the will of God is my brother and sister and mother.’ (3:35)

Here Jesus is looking straight into God’s kingdom, transforming our notions of what constitutes family and relationships.

As we think about families and our own understanding of what this word means, it will to some extent, depend on what your experience of family has been like.   Perhaps you’ve been lucky enough to have been part of a loving and generous family; however, you might also have been very glad to leave your biological family behind if it was difficult, abusive or broken.

Jesus’ family had gone out to restrain him, for people were saying ‘he has gone out of his mind’. (3;21) Was this an act of kindness or one of self-interest and self-preservation for their own sense of safety in their community.

All families have their limitations.   It is possible for families to become so inward looking that even though they share abundantly among themselves and care for those in their family circle generously, if they are blind to the immensity of human need around them, it becomes a problem.   Paul later describes the family of God in the letter to the Galatians :

Indeed, throughout Jesus’ ministry he continually extends the boundaries of his family to a variety of public sinners, persons left behind physically, mentally, spiritually and economically, in one way or another.

Pursuing God’s will, offers us the potential to transform all our relationships.  We recognise and accept this may create a distance from those who are members of our family.  We can see the gospel nurtures family relationships even as it can divide them.

People who seek to do the will of God for Jesus’ sake now find themselves together becoming brothers and sisters, friends and neighbours by God’s grace.  However, just as none of us chooses our biological brothers and sisters, so we must be aware of obsessive selectivity in relating to our sisters and brothers in Christ.  It is not for us to exclude, judge or determine who is in or out, whom we like or want to reject.   We don’t get to choose who is in God’s family.

Christ sets out only one expectation for us to be a member of his larger family, to do the will of God.  And which commandment is the first of all?  To love God with all we are and the second is to love our neighbour as ourselves. Whoever does God’s will, is his brother, mother and sister.  So, the family becomes a new group, not limiting anyone’s role based on race, gender or sexuality or other perceived ability.  This group is no longer patriarchal, gendered or racist.

God is the head of an extended, inclusive family without limits.  It is not exclusive.  Jesus’ interactions with his family take us to the very end of his life as we are challenged by him to think about family differently.  Mary’s appearance at the end of John’s Gospel is not ‘outside’, but up close, standing at the foot of the cross of her son (John 19:25).  In the grief-filled moments, Jesus redefines family for ‘the disciple whom he loved’ with these words to Mary: ‘Woman, here is your son,’ and to the disciple: ‘here is your mother’. (John 19:26-27) Family relationships, both biological and spiritual are negotiated to the bitter end.

In actively ‘doing’ the two great commandments, we are doing God’s will, joining God’s family and so we find ourselves healed and empowered.  Far from weakening families, Christ’s statement reminds us:

‘Whoever does the will of God is my brother and sister and mother’; (3:35)

It nurtures those qualities making us healthy members of our immediate family and faithful members of Christ’s unbounded circle of grace and love.