My God! Why Have You Forsaken Me? 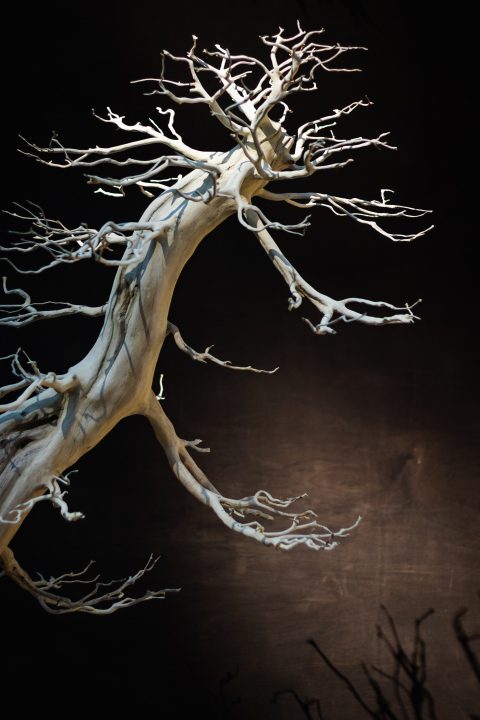 I wonder if the most difficult and challenging of acts with which to be reconciled, is the one of betrayal.  Betrayal by a loved one or a friend, or perhaps betrayal by an organization, a system, or a government have been experienced by all of us.  Betrayal pierces our deepest emotions.  Our response to Jesus’ action of washing his disciples’ feet (John 13:1-17) while knowing he was shortly to be betrayed, arrested and killed is one of outrage and grief.  But to see and hear Jesus continuing to give them a new commandment to love one another in spite or perhaps because of this knowledge, is extraordinary. (John 13:31-35)  His own act of service to all who were present at this last gathering is one of loving and caring, irrespective of who was going to betray him later that night and over the next few days.

In fact, all the disciples attending the last supper betrayed Jesus, including Judas whose own doubts and cynicism about Jesus’ capacity to change the world with love perhaps left Judas feeling betrayed by Jesus and his companions.

Perhaps Judas felt foolish because he had followed a suffering serving Messiah who didn’t look very effective, rather than an avenging, powerful, victorious Messiah which he wanted instead.  He was passionate about poverty and right ordering of social structures.  He wanted wrongs put right, oppressors punished, the righteous rewarded in this world.  This resonates with all of us.

Perhaps Judas thought the others were going to find out he was a thief as John describes him (John 12:6).  Perhaps this was his motive for what he did.  Whatever the reason, Judas tried to protect himself and chose to scapegoat and punish Jesus out of guilt or fear, greed, frustration, anger or grief.

In the same way, Peter also betrays Jesus three times as he too was frightened about what might happen to him.  Jesus’ closest disciples fell asleep as he was praying and did not support him in Gethsemane.  All the male disciples left Jesus to his arrest, trial and crucifixion and abandoned him to the cross.  Finally, the other disciples did not believe the women when they went to the tomb and reported their findings, witnessing and being disbelieved, just like today.

Jesus is betrayed by his own religious authorities.  The crowd betrayed Jesus although they had celebrated his arrival in Jerusalem as the possible Son of God, avenging Messiah and conqueror of the Romans; and then changed their minds. The list of betrayal and human failure around Jesus is long.

After settling down for the last supper they would have together, Jesus turns the tables once again on his disciples for another final lesson he wanted them to learn, remember, experience and share.

He did this in the knowledge that ‘the Father had given all things into his hands, and that he had come from God and was going to God.  (John 13:3)

Jesus got up, took off his outer robe, tied a towel round himself and then poured water into a basin and began to wash the disciples’ feet and dry them.

By his actions Jesus is showing them what love looks like and feels like.  He is sharing his love in a very practical way, his love for a group of weary men who also needed to be shaken out of their complacency by what was going on around them.  Jesus’ actions are shared with each individual in the room as he washes their feet attentively and personally.

Jesus is trying one more time to break through to their hearts and spirits in a way they will physically and emotionally remember and be able to copy in the future and find joy in repeating it once he is gone.

Finally, Jesus is offering hope to everyone, as he knows what God intends and he is certain about the outcome beyond the cross and death.  Love will break all barriers.

For all who have been betrayed and feel abandoned there can be unbearable sorrow.  A child who has gone off the rails and chosen self destructive ways of living, a partner who has betrayed and left you, or a loved one who is dying and will be leaving you behind and alone.  Some lives are a constant life-long experience of betrayal as we have been reflecting during this Lenten period.  Whole systems betray and abandon individuals and groups – black people, women, the LGBTQI community, refugees and asylum seekers, the unemployed, our First Nations people, but with every single person, Jesus is reminding us he has come from God and is returning to God and by his actions he is showing us he will love us to the end.

Jesus knew that his hour had come to depart from this world and go to the Father.  Having loved his own who were in the world, he loved them to the end. (John 13:1)

The end may be experienced as a love which is completely and wholly without reserve until our days are done.  The end Jesus speaks about, can also mean to the end of his life as we are carried with him into his risen life without end.  However we read this, we can be certain each act you do as you copy our Lord with those around you, friend and stranger alike, as we follow Jesus to the table to share food with all his friends then and now, and then as we follow Jesus to the cross and into the tomb, betrayal is not going to be the final word or epitaph for Jesus or for us.  Betrayal is a vast world of grief and pain buried forever in the tomb in which Jesus was placed.  Betrayal becomes hope through which Jesus generously and eternally loves into joy as we can surrender in the absolute certain hope Jesus is with us, even to the end.