Does Anyone Care? The Harrowing of Hell.

The Workers in the Vineyard 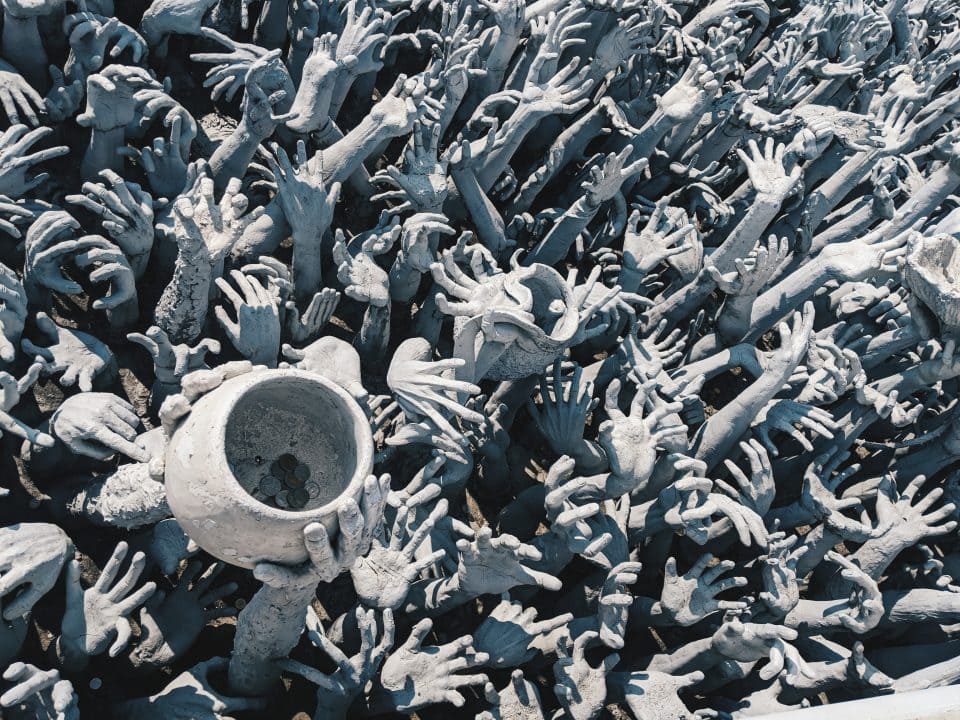 I want to offer a different critique this week to the Gospel story (Matt. 21:23-32) as I reflect on the questions being asked by Jesus to those who are listening.

In the previous verses in Matthew’s Gospel (Matt.21:1-17), Jesus’ triumphal entry into Jerusalem is described; and then, with the shouts of welcome and acclamation ringing in his ears, he goes straight to the temple. Once there, in anger and outrage, he drives out all who were selling and buying, overturning the money changers’ tables and the seats of those selling livestock for temple offerings complete with purity certificates, at inflated prices with guaranteed profits.   He wouldn’t have been popular.

The next day, Jesus went back at the temple.  There can be no doubting his courage in these circumstances.  Not surprisingly, on his arrival, Jesus is confronted by the chief priests and elders, the leaders of the influential temple families, who openly question his authority.  In response to their challenge he answers their questions with more questions, he then gives a short parable about two sons who disrespect their father.

As we think about Jesus’ story it is worth noting the dominant culture in the middle east was oriented towards shame and honour, not our western characteristics of guilt or innocence.  It means these stories about authority, leadership and obedience need to be recalibrated in our minds as we lean in closer to hear Jesus’ words.   In Jesus’ questions, I hear him asking us what do we care about, enough to be transformed.

The chief priests and elders ask Jesus about the authority he is exercising in his actions, as he disturbs the peace.   Their understanding of shame and honour lead them into a fearful leadership, unwilling to expose themselves to any vulnerability.  Their leadership is characterised by authoritarian power, control and the exercise of fear both on themselves and over others; where shame and honour drive their behaviour and decisions.

Jesus is demonstrating a radically different style of leadership and authority, based on vulnerability, on the willingness to keep trying and when failing, not giving up as he trusts completely in God.  The courage required in such circumstances is extraordinary.

However, what expresses the will of God, according to the story of the two sons is not our history of righteous deeds but, rather our embrace of repentance and our need for God’s mercy and forgiveness as we mistake our own arrogance for faith.

Our response to despair matters to God and to those around us.  Those living in difficult times, when power is held so tightly and when any mercy is seen as weakness, they do not see any caring or shared vulnerability from other Christians.  Those with power and privilege in the church and in the world seem to care only for themselves, out of fear for their own positions and worldview.

It is the harrowing of hell clutched in tight, often white, bigoted and fearful fists clenched in violence and triumph which mark the loss of God’s mercy and any sense of shared humanity.

When I read this story, I feel Jesus’ anger and frustration at the empty words spoken as he arrived in Jerusalem, the normalised rapacious profiteering from the poor in the Temple at God’s expense, the stench of fear from the church leaders and refusal to listen to the poor and the outcast when it threatens them.    No wonder Jesus responds by saying we all need to take a long hard look at ourselves as we stand with the church elders protecting our positions in society and alongside the two sons evading accountability and responsibility.

Matthew’s Gospel describes the Jewish authorities as those who have said they will obey God’s will, but who Jesus points out, fail to respond to the repentance and forgiveness God shares through John the Baptist and now through Jesus.  God wants the kingdom to include those who have been excluded, as we discussed last week; while those who resist, risk excluding themselves.

As we think about the two sons and their responses, we know we have behaved like this with God and with others.  We recognise and know the failings of both sons as they are familiar to ourselves.

Jesus does not ask, ‘which of the sons showed honour to the father?’ but, ‘which of the two did the will of the father?’  His questions shift the cultural worldview from shame and honour to obedience. The ‘first’ son, is the only correct answer to Jesus’ question, an answer that ironically shames the authorities.

And in case you missed it, Jesus spells out the meaning:  the place of honour on the way into the kingdom of God will be given to those who presently occupy places of shame.  They are those whom the world has despised and rejected but who do God’s will marching against injustice, discrimination and sheer vindictive cruelty inflicted on the defenceless and oppressed, while the religious righteous and leaders bring up the rear.

For John came to you in the way of righteousness and you did not believe him, but the tax collectors and the prostitutes believed him; and even after you saw it, you did not change your minds and believe in him. (Matt. 21:32)

In the Garden of Gethsemane, Jesus asks twice to be excused from the obedience he knows to be his Father’s will.  In the ensuing stillness, as a solitary figure he obeys and goes out to meet his betrayer and his death.  How dare we continue to crucify our Lord? Have we not learned anything?  Jesus willingly and lovingly, obeys God’s will, disregarding the shame of the cross. (Heb.12:2)

As we remember the words of Paul, he who has humbled himself now becomes obedient to the point of death. (Phil:2:8)  In his birth and in his death, he assumes the shame of those who have lost their place and their way, in the garden of their disobedience.

We are sympathetic to the first son.  In moments of honesty we admit we have not said ‘yes’ wholeheartedly to the way of righteousness.  We have all made bad choices and hurt people through those choices.  We continue to reject parts of Christian discipleship because its too hard or inconvenient.

Still, like the first son, we have also had hidden moments of profound desire for our own transformation.  We want to please God.  And that longing counts for something, even as we make mistakes in the specifics of Christian life.  We are relieved and grateful to be included in the kingdom with Jesus, as the first son.

Nevertheless, the Gospel message never stops pointing out our hypocrisy; the tension in our developing Christian lives between grace and judgement.  We can never rest easy.  Nor is Jesus’ critique of religious hypocrisy limited to us as individuals but includes the church family as a whole.

His anger falls on every church family, as it did on the money changers and sellers of ‘pure’ animals and birds for temple sacrifices, along with the chief priests and elders.

A searching moral inventory of our church lives reveal more of a second son culture than we regularly admit.  We are all people who frequently profess one thing and do another.  We look around and see similar behaviour everywhere in the world, unchallenged and not remarked upon except by those who have nothing left to lose and of course, we don’t listen to them.  Does this sound familiar?

Too much of our work serves our own needs first and we serve others with the leftovers.  Our obedience is offered often with limits as we protect our lives against too many demands from God.  Vulnerability is not a welcome experience in spite of Jesus showing us this way; and our leadership still struggles to show humility, graciousness or mercy.  We give God along with the others, the leftovers.

The urgent, edgy grace of the Jesus community fades into a warm place to belong.  A warm gathering of second sons is a pleasant place to be.  It just isn’t the kingdom of God.