Are We Listening to God? 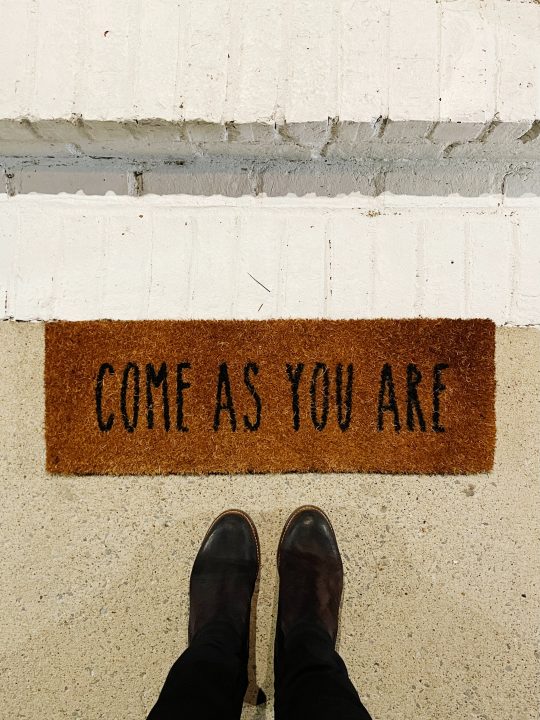 This week I have had several conversations about the unfairness of life and the dreadful tragedies which overtake some people while others seem to live charmed lives.  I saw a programme on Haiti which I visited when a teenager and saw again the awful poverty in which its citizens live, the endless corruption of governments, with thousands of children abandoned and starving on the streets.  I heard about the thousands of covid-19 orphans in India; and, closer to home we hear stories of illness among friends, early deaths, the toll taken of addiction, alcoholism, mental illness, poverty and homelessness, the impact of family and domestic violence and black deaths in custody, all grumbling away in our communities; stories to which we can be completely tone deaf if we choose.

In John’s Gospel 6:24-35 we are told of people’s hunger, hunger for food, for security, for reassurance and hope.  Those who had been among the huge crowd of five thousand plus, fed by loaves and fishes the previous day (John 6:1-14), are still chasing Jesus for more; more food, more signs, more assurances before they’ll think about what it all means.

Jesus asks them:  How much evidence do you need, for goodness sake?  What else do you need?

Let us lean into the conversation being held between those who wanted to know why Jesus had left them and how, as he’d clearly crossed the sea during a storm overnight to go to Capernaum. Jesus challenges the crowd who’d followed him about their reasons for looking for him.  He offers them an alternative reason:

However, the people would rather talk about the ’work’ as this is easier to think abour and they ask:

What must we do to perform the works of God?

Jesus swings them around again, wanting them to pay attention to his invitation:

This is the work of God, that you believe in him whom he has sent.

The crowd instead demand more signs, they remember Moses and the manna God provided while they were in the wilderness.  They conflate the bread and loaves given them the day before with the manna given by Moses into the same story.  We want more of this, they say.  Feed us, they demand!

As I think about people, hungry for food for today, for good health, for shelter and housing, for right relations with families and friends, for power, for wealth, it is wanted to provide security against harsh experiences of the world and the unfairness of life experiences.  Instead, Jesus tells us there is nothing we can do which will achieve this outcome with any certainty. Nothing.

To emphasise this, we heard the terrible story of King David and the consequences of his lust for Bathsheba (2 Samuel 11:1-12:25) driving him to rape, murder and great grief, and God’s judgement by Nathan the prophet and finally David’s self-awareness.  The king whom God has anointed and blessed, is unable to save the baby, the result of his rape, who dies.  The consequences of these dreadful choices, lead to family breakdowns and a rift between father and sons.

The terrible stories of human tragedy tell us our capacity to make sense of the world on our own is not possible.  Someone who has everything is still not able to prevent awful things happening to good people, nor can we escape the consequences of our own actions.  These stories also remind us the survivors, the victims who the world would like to forget, also have a place in God’s kingdom.

In the end, I know God works with us and our faith as God continuously blesses God’s kingdom.  How do I know?  Jesus tells us:

For it is on the Son of Man that God the Father has set his seal.

The Seal had great meaning in Jesus’ time.  It was the item which made a written document valid and real.  It guaranteed the contents and the consequences.  The Seal was fixed on clay, and the clay was attached to the document or the object.

The Rabbis had a saying: ‘The seal of God is truth.’ ‘One day,’ says the Talmud, ‘the great synagogue (the assembly of the Jewish experts in the law) were weeping, praying and fasting together, when a little scroll fell from the firmament among them.  They opened it, and on it was only one world, Ameth, which means truth.  ‘That’, said the Rabbi, ‘is the seal of God.’’  Ameth is spelt with three Hebrew letters – aleph, which is the first letter of the alphabet, min the middle letter, and tau the last.  The truth of God, is the beginning, the middle and the end of life.

And so we come finally to Jesus’ words from John’s Gospel :

For the bread of God is that which comes down from heaven and gives life to the world.

To this day, our churches are filled with people who work hard to please God, energetically evangelising, always demonstrating personal piety and holiness, with generous acts of mercy and righteousness, and time spent in prayer and worship.  We say salvation does not come by works, but we can all see and hear people who seem to act and live as though eternity hangs in their balance, depending on their good works, leaving no room for God to act.  I reckon this sort of thinking is part of our Protestant work ethic heritage and the Roman Catholic traditions in our culture.  While this confirms our own sense of who we are and our righteous achievements, Jesus is telling us there is different and better way.

Grace is the better way.  Jesus reminds all of us, the food which endures is what the Son of Man, Jesus, will give us.  This bread of life is not something we must earn by the work we do; it is a gift.  Grace always is.  Grace is a gift given, but also a gift received.  Jesus wants to make sure all his listeners across millennia understand both sides of the argument.   When the crowd push back against Jesus wanting to know what they must do, which works are acceptable to God, Jesus reminds them their ‘work’ is to receive grace.

This is the work of God, to believe in him whom God has sent (John 6:29).  The gift of bread has been given from God’s grace, now we eat it and receive it by faith, with glad hearts; and we are set free to serve Christ and to participate in God’s kingdom through offering our lives, with humility, gentleness, patience and with love (Ephesians 4:2).

…for building up the body of Christ, until all of us come to the unity of the faith and of the knowledge of the Son of God, to maturity to the measure of the full status of Christ.

This is what God does for us in the face of the difficulties and challenges we have in the world, when our lives don’t make sense and tragedies hit those we love. Jesus reminds us we don’t need to make the bread; it comes from heaven.  It is given as a gift bringing life.  Jesus brings life.  The bread does not perish but will nourish us forever.  This is what God does for us.

So, there is one more thing we must do for God.  We eat the bread.  We do this by believing and trusting in the one who is the bread of life.  Faith is the ‘work of God’ (John 6:.29) we are invited to do.  And against all the evidence, all the tragedies, all the consequences of our own choices and decisions, in the end, God invites you, sisters and brothers, to eat the bread and drink the cup and share in the kingdom, with hope, love and joy with God’s salvation.