Globalised Capital and the Crime of the Century

Hatred and contempt on the rise in public debate! 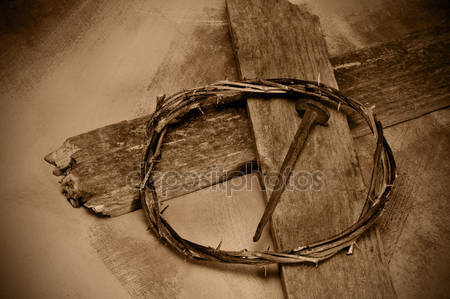 The Crime of the Century

The need to retain power and the desire to win at all costs has been a fight many of us have been watching, commenting on and engaged in to a lesser or greater extent depending on the passion for the issue at hand.  For many of us, the anger and indignation at the treatment of the poor, the excluded, the disregarded and the despised by those who occupy and powerfully control the ‘real economy’ focussed on the life-long accumulation of wealth is mounting.

I believe this is the greatest crime of this generation and it has been taking place over the last century under our very noses, mostly since the end of the second world war.  It has been seen most vividly in this country with the stealing of people’s capacity to make sense of their lives, their sense of who they are, how they fit and their ability to make a difference in the world. Overseas and around the world, it has become more visible in the last 10 – 15 years with the vast movements of people, the increasing numbers of failed states and countries, increasing hatred and violence against the ‘other’, the ‘enemy’, including women, gays, the indigenous population, the poor and dispossessed and whoever else is on the current hit list of disliked groups.

This crime of the century has been a political crime wrapped up in the entrenched establishment of a capitalistic system that is steadily, overtly, unapologetically stealing the lives of billions of people at the expense of a very, very few.

The arrogance and sheer magnitude of the crime has made it invisible. It has become the norm against which we live, comment and die without realising that we have not gone far enough or deep enough to unpack what is happening to the world and to God’s creation.  It is breathtaking.

It is wrapped up in the dynamics of global capitalism as well as in the way the West intervenes militarily at will in sovereign countries who are without any ability to resist as they have been raped and pillaged through decades and centuries of colonialism enabling capitalism to wreck total, unutterable and irreversible havoc.   It is a way of entrenching the financial coup d’etat taking place in full view of the world.

When I reflect on where evidence of such a humanitarian crime is piling up in recent times, I think about the West’s intervention across war torn Africa, in Libya, in Egypt, Iraq and Syria, Afghanistan, Pakistan, and these are just the recent, shortlist of wars.  The surface reasons given for the breakdown in the societies are generally described as ethnic tensions, religious enmities and full-scale corruption in governance and culture.  However, these are simply surface reasons for what is instead the West’s comprehensive list of criminal charges; seeking any and all means to break countries open for this violent theft, like cracking open walnuts, for the powerful countries and now corporations  to help themselves, to get at the oil, land and agriculture, resources, minerals and labour, whatever they want, changing laws, killing cultures and abusing power and privilege to justify the killing, the violence, the extinction of peoples and countries.  The globalisation of each of these desired targets has been done in order to enable the movement of capital and the accumulation of wealth at any price for the privileged few.

Bill Clinton spelled it in out in a speech at a UN gathering marking World Food Day (23 October 2008 under the heading “We Blew It” On Global Food (wwwcbsnews.com/stories/2008/10/23/world/main4542268.shtm.) Bill Clinton said that today’s global food crisis show how ‘we all blew it, including me when I was President’ by treating the food crops as commodities instead of as a vital right of the world’s poor.  In his speech, Clinton was very clear in putting blame not on individual states or governments, but on long-term global Western policy imposed by the US and the European Union and enacted for decades by the World Bank, the international Monetary Fund and other international institutions.   As corporations have taken on the de facto identity of governments, with vested interests and individuals driving these agendas, legitimate governments have become less significant and viable and unable to resist.

It is a policy that pressures African, Indian, Middle Eastern and Asian countries into jettisoning government subsidies and opening up the way for the best land to be used for export crops and ruining countries’ food self-sufficiency. The result of such structural adjustments is the integration of the local agriculture into the global economy and while food is exported, farmers are pushed off the land and into slums and made available as a workforce outsourced as slaves in a multi-billion dollar profitable business model. In the meantime, countries come to depend more and more on imported food.  In this way, we see post-colonial dependence continuing, leading to regular starvation of the people and a new era of apartheid.

What does this apartheid look like?  We are seeing it now, in our world.  It is one in which secluded parts of the world with an abundance of food and energy are separated from a chaotic outside plagued by widespread violence, turbulence, starvation and permanent war as the preferred way of ensuring those living there, survive at the edge to top up the necessary labour to help generate the capital and ensure compliant access to resources.  The rise of tyrants and dictators is also moving rapidly and the shift in our much vaunted ‘western democracy’ is shown to be a hollowed out, privileged shell with the centre accessible only to a privileged few.

Our world is simply not seeing or is refusing to see the devastating effects of the global market on many local economies, depriving them of basic self-sufficiency.   We have tipped countries into poverty as we seek to move our capital around the world, picking and choosing what we want and ignoring, wilfully, criminally, the impact of our life-style and desires for wealth and immediate access to whatever we want, whenever we want.

And while we have seen, in the last century the unfettered global movement of capital, there has not been a matching unfettered global movement of people.  As people are displaced, corrupted, culturally raped, starved, enslaved and dislocated through wars and violence, with open theft of land and ways of life that have been life sustaining over millennia, instead we have a political economy of refugees.  The displacement of people has also seen the exponential increase in the numbers of refugees and asylum seekers.

There is simply no way in the world the numbers of dislocated people will ever be accommodated in the countries to which they are fleeing. Out political agendas and institutions are failing fundamentally in dealing with the crisis.  It is also true it will be very difficult for these displaced peoples to change their ways of life, their world views, their willingness to adapt and take on new cultural identities when their justifiable anger at the reasons for their displacement in the first instance has not been acknowledged and there is no restorative justice.

And what we do know is that capital is once again moving in this political economy, with huge business emerging with asylum seekers and refugees being transported, it is an economy worth billions. And I wonder who is profiting?

This movement of asylum seekers and the countries that are willing and unwilling to take their share (including Saudi Arabia and Australia), is also matched by the rise of slavery.

“While capitalism legitimizes itself as the economic system that implies and furthers personal freedoms (as a condition of market exchange), its own dynamics have brought about a massive renaissance of slavery.” (2016:51)

Alongside and as a direct correlation with the epoch of global capitalism, is arising a new era of slavery. And while we might congratulate ourselves that there is no legal status to slavery – we achieved that much a couple of centuries ago – slavery has acquired a multitude of new forms.  And it is present in every country around the world, including Australia.  It is appalling.

We pretend not to see it, we are horrified when it is discovered. And yet, this new apartheid, this systematic explosion of the number of different forms of de facto slavery, is not a deplorable accident but a structural necessity of today’s global capitalism.

And so I arrive back where I started to quote T.S. Elliot. The life experience for millions, of not knowing who and what their purpose for living is, in such a world is death dealing and illusory.  The oxygen of life, or purpose of hope has been and is being sucked out.  The theft of such a sense of purpose, derided as naïve optimism at best and at worse, a collusion in the causes themselves as perhaps a way to change the world, leaves us in a very difficult space.  It is time we uncovered our eyes and our ears and opened our hearts and started to resist such expectations and the belief that this is the only way we can ‘be’.