Hope in the Unlikeliest of Places!

A RESOUNDING ‘YES’ TO GOD! 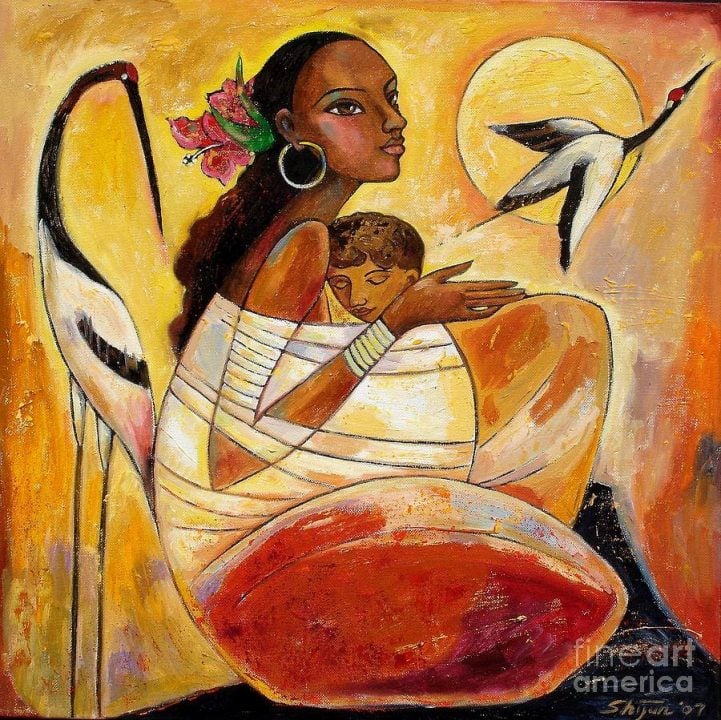 For all of us, the story of the birth of Jesus is among the most well-known and beloved for Christians of all traditions (Luke 2:1-14). We are drawn breathlessly into the wonder of a new baby being born to a young mother, the brightness of the stars in the night sky, and the quietness and likely noisiness in the room during the birth of the new baby, a simple room where Mary and Joseph were staying which they shared with the animals.  A story so familiar to all of us and in circumstances which are still a reality for many.  The heat of the animals would have been a welcome presence with the coldness of the night.  The manger Luke tells us about, was usually made of stone, and it would have provided a solid protective cradle for a newborn baby.

Unblemished newborn lambs were often placed in stone mangers to protect them as offerings in the temple.  The idea of Jesus, an innocent newborn baby being wrapped in bands of cloth as we still do today for newborn babies, then placed in the manger, takes us straight to the symbolism of Jesus as the unblemished lamb of God, a deliberate image brought into our minds by Luke.

Mary was a young mother caught up in the great sweeping human story laid out by God from before time began. She fills me with awe at her choices.  Her active, courageous and resounding ‘Yes’ to God as she agreed to be the mother of God’s Son, the Messiah, the Word made flesh, foretold by the prophets, meant she was bringing into the world and making real the covenant God had with humanity.  God chose the most powerless to bring his Word into the world to demonstrate and make real God’s love for everyone.

The story of how Jesus came to be born is extraordinary and reminds us Mary wasn’t necessarily a meek and mild young woman. She was very familiar with the stories from the Torah and the prophecies for God’s Messiah and she was willing and unhesitating in choosing to do her part.  Her expectations of God’s Messiah would have been shaped by the stories about God raising a Messiah, a mighty king from among God’s chosen people.

How different this was in reality, must have been very challenging for her with these beginnings.   Her own journey of understanding started here with her newborn son, in a simple life with a family without power or prestige.

Joseph too, could not have had an easy time.  His willingness to listen to God and stand by Mary was unusual and is so still today.  Many men refuse to partner with a pregnant woman with all the responsibilities with caring for a dependent child not their own.  Women are usually the ones blamed for this situation and the woman is treated as shameful.

Perhaps its worth reflecting on the idea of God being the Creator of the Word made flesh.   As we remember each human being is made in God’s image and beloved of God, God is father and mother of us all.  It means no child should be ignored or rejected; no pregnant woman should be shamed.   However, in our world today this truth is beyond my imagining.

As I then reflect on Jesus in the manger, I wonder how many people haven’t been able to hear this story of hope and courage shown by a remarkable young woman and a steadfast man; who together with God created a new story, a new creation in very quiet and vulnerable circumstances.  This is so unlike the pomp and flourish of a noble or famous birth, a royal birth, with all the joy of a proper birth.

Our God clearly likes to do things improperly.  Our God is obviously a disturber of the peace. Hallelujah!

Astonishingly, it is the shepherds who are the ones first told the good news of the Messiah’s birth, by God’s messengers, telling them the prophecies are being fulfilled, now, today, for real!  In those days, shepherds were despised and considered outsiders and treated generally with contempt.  For the good news to be told to them, is the same as God going to those held in contempt in our own societies and cultures today.

However, Luke gently reminds us King David too was a shepherd when he was picked out by the prophet Samuel (1 Sam.16:11-13).  God has a habit of going to the unlikeliest of places and people to upend the accepted expectations of humanity, where the powerful always seek to control the news, the despised and oppressed and God.   David was the youngest of Jesse’s sons, and he was ‘keeping the sheep’, not fit to be presented to Samuel without being prompted.  He ended up as King.

We don’t hear of High Priests, or scribes, business leaders or famous people being told of Jesus’ birth, except the wise men, foreigners who had followed the star and told Herod they were looking for the Messiah. Perhaps they too misunderstood and thought the Messiah would be among the powerful of the day and were surprised not to find him in the palace.

However, I have wondered how many people today have still not yet seen the star shining brightly in the sky foretelling God’s presence among us.  Would you go looking for a star and would you pay attention if you saw it?  Yet, this sign is the light God has shone in the world, breaking down and defying the darkness of the world and our fears, a light so powerful and eternal, the darkness has not and never will overcome it.  Is this not worth stopping what you are doing to think about and wonder over?

And I thought about the place where Mary and Joseph stayed when they arrived in Bethlehem as outsiders. Even though Joseph was of David’s house and had gone back to their home town to be registered for tax purposes, he was still a visitor.  The purpose for the journey was about ensuring the people could be taxed.  Let us not forget, then as now, unfair taxes and the consequential poverty create significant exclusion and discrimination for millions of people even today.

So perhaps, you and I might overlook these events too if it happened today.  Would you drop everything you were doing to follow a star, listen to an angelic message, remember and act on a dream or an ancient prophesy?  What does it take for God to cut through our busy lives, to see what is in front of us and to participate in God’s new creation, to be joyful in the face of exclusion, poverty, fear, chaos and discrimination?

The angel said to the shepherds:

‘Do not be afraid; for see – I am bringing you news of great joy for all the people: to you is born this day in the city of David a Saviour, who is the Messiah, the Lord.  This will be a sign for you: you will find a child wrapped in bands of cloth and lying in a manger.’

I hope tonight and tomorrow you too will see God’s star.  I hope you will follow your hearts to find God as God continues to upend the world’s expectations of privilege, entitlement, power and control, as God reminds us all of God’s love and hope for each of us, wherever we are and whatever we’re doing.   All we have to do, is say ‘yes’!