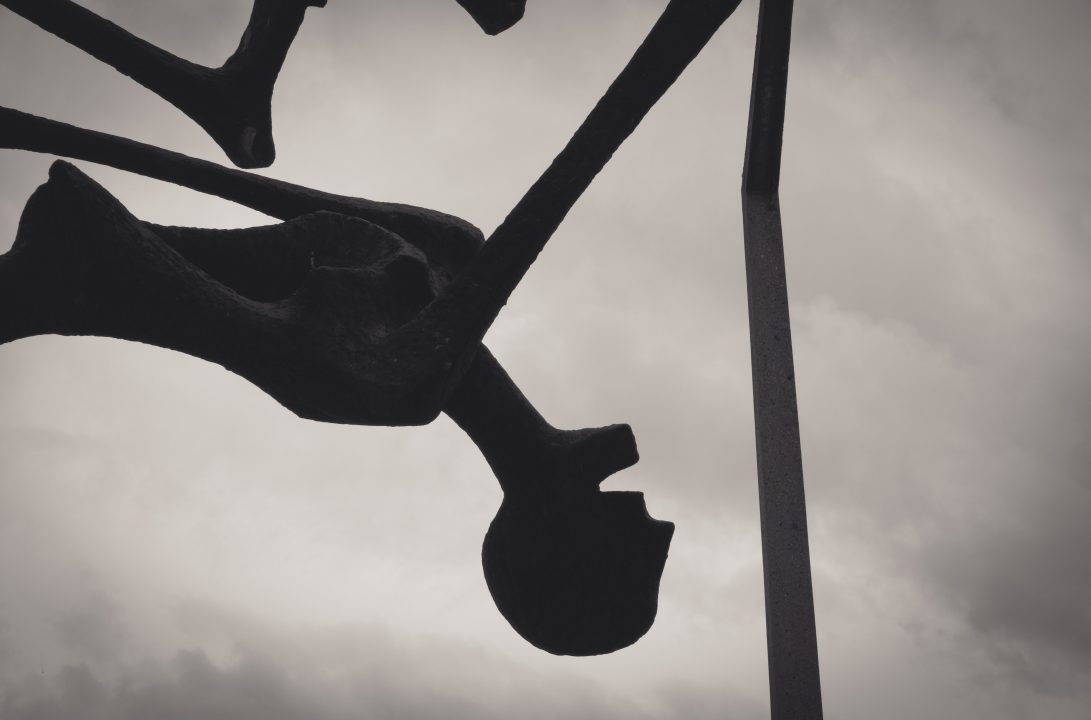 I think the first time I went out to march in protest, was when Western governments were seeking to justify war in Iraq and Afghanistan, to make the world safe, to eliminate weapons of mass destruction, eliminate terrorism and Al Quaeda.  I did not believe the explanation being given to us and naively, did not believe governments would proceed in the face of such worldwide opposition.   Today, we are drawing closer to the 20th anniversary of the attack on the twin towers in the US on the 11th September 2001 and we are hearing the same dreadful stories of violence, terrorism, death and failure as we pull out of Afghanistan, having done the same in Iraq after years of theft, greed, hypocrisy and the death of innocent civilians dismissed as collateral damage and the death of obedient soldiers.  Our truthful remembering today is timely as Jesus points us to the issue of hypocrisy, truth telling and our refusal to listen to him.

Our reflection today is offered to God with grief as we pray for the people of Afghanistan.   Today also is the Day of Prayer for Refugees in our worldwide Anglican Church and with 82.4 million forcibly displaced people, of which around 48 million are internally displaced peoples while the others are refugees and asylum seekers.  I expect some of that number now includes the Afghani people.  The wars in which the world engages and our own failures to respond with justice and peace as Christians continue to add to the horror and violence impacting peoples’ lives around the world and here in Australia as people question our faith and point to our hypocrisy.

We think, speak and act in particular ways because habits have settled in, becoming custom and practice and unquestioned; change becomes impossible to imagine long after we have forgotten the reasons for the original action.

Mark, in the Gospel, tells two stories about Jesus feeding hungry people (6:30-44; 8:1-10) and in 7:1-8, 14-23 Mark describes two arguments about food as well.  It shows how surprisingly controversial food and eating were in Jesus’ ministry.

In this argument, Jesus responds to questioning by the religious authorities about his and his disciples’ adherence to cleanliness rituals in food preparation.  He accuses the authorities of paying more attention to human traditions and customs than to God’s commandments. These traditions and the authorities have now become a barrier, detracting from faithfulness to God.

I suspect all of us have been labelled as difficult when we resist change, preventing a new thing being done or a new idea being discussed.    Or perhaps we have been accused of behaving like vandals when we try to change a long-held practice or view in church.

People laugh in our Safe Church training when we talk about complaints made about priests to the Bishop which include accusations of changing hymns and hymn books, moving pews, changing service booklets and bibles, and often because they’re speaking about matters which are better left alone as too controversial and unwelcome.  We persecute and crucify people today for these reasons.

In the 16th century Reformation through to today, Protestant Churches have taken up very specific battle lines over carefully maintained, familiar social customs which help us to deflect and ignore God’s commandments to love God and neighbour.  So let us hear again what Jesus is saying to us. Jesus criticises the religious authorities for their focus on clean hands and clean food and focuses his attention instead on what comes out of a person, the intentions of the heart.  Jesus said:

It is what comes out of a person that defiles.  For it is from within, from the human heart, that evil intentions come: fornication, theft, murder, adultery, avarice, wickedness, deceit, licentiousness, envy, slander, pride, folly.  All these evil things come from within and they defile a person. (7:20-23)

The specific issue being debated is ritual purity which we distinguish from moral purity.  Ritual purity marks out the sacred from the ordinary.  However, often we conflate and pull together ritual and moral purity to weaponise the issue and crush the opposition.  In the early church for example, the rites of washing hands, ritual bathing, baptisms, circumcisions and confessions were significant issues.

We can look back at our own church history about customs and attitudes towards unclean objects, habits, ideas, individuals and groups.  For example, Australia has tried to move on from a white-only immigration policy to being wonderfully multi-cultural. Our views on slavery, divorce, female priests, the place of women in our society and same sex marriage are all opinions which have changed over time. When I think about what led us into Iraq and Afghanistan, and then look even further back in our short white history and the way Australia was colonised as ‘terra nullius’, this must leave us seriously contemplating Jesus’ words in our hearts.

The religious authorities in Jesus’ time were deeply invested in matters dealing with purity and impurity, and this meant they ended up speaking in opposition to Jesus’ ministry and message and were determined and clear about defending this particular boundary, rather than hearing what Jesus was saying. The same behaviour happens today when someone dares to challenge a strongly held practice and worldview.

Then Jesus takes us one step further, into a clearer recognition of the hypocrisy he calls out, so often still plainly evident in religious communities and in politics.

For religious communities which claim to be pure in following in Jesus’ footsteps, hypocrisy is the very long shadow cast over the church and sadly, this has become appallingly clear with child sexual abuse and the protection given to the perpetrators, and in family and domestic violence.  We have accepted unchristian treatment of the First Nations Peoples and Refugees and turned a blind eye.   Today, hypocrisy remains the most commonly despised of all our faults as Christians and we are regularly accused of this by nonbelievers.

However, it might be more honest to acknowledge our failings in this respect and practice and aspire to be a better person, more loving, faithful, generous, active for justice and peace, as we keep trying with God’s Grace to follow Jesus.   The issue Jesus is raising is about our hearts not our heads.

In this passage, Jesus throws down a radical challenge:  defilement does not come from the outside but from the inside.  The debate was ongoing with the religious authorities; it was also a debate within the Christian community at the time which Mark highlights in this Gospel.  We are still contesting issues of ritual purity in our debates over homosexuality, divorce, gender and race.   Jesus quotes Isaiah 29:13:

This people honours me with their lips, but their hearts are far from me; in vain do they worship me, teaching human precepts as doctrines.  You abandon the commandment of God and hold to human tradition.’  (Mark 7:6-7)

I hate, I despise your festivals, and I take no delight in your solemn assemblies.  Even though you offer me your burnt offerings and grain offerings.  I will not accept them; …But let justice roll down like waters, and righteousness like an ever-flowing stream. (Amos 5:21-24)

And Jeremiah who looks for the new covenant to be written in people’s hearts:

But this is the covenant that I will make … after those days, says the Lord: I will put my law within them, and I will write it on their hearts; and I will be their God, and they shall be my people. (Jer. 31:33).

If we have made the gospel simply into a set of practices, rites of purity based on human rules and God’s Table into a place where only the ritually clean and morally pure may approach, then we have misrepresented the Gospel and made ourselves unfit to sit at the Lord’s table.

Let us not invoke the authority of God to justify our human traditions and preferences.  Let us not hold on to empty practices claiming they are holy things.  Let us always look for the original intention and hold on to that, though its shape and form may change. It is what lies at the heart of things that measures our moral disposition, says Jesus, and matters most to God.  Our wars, our betrayals and our grief over all the different battlelines we have devised are not new to God.  What we do with all this in our relationship with God and with one another in our hearts is what will make a difference.