‘Do Not Be Alarmed!’ 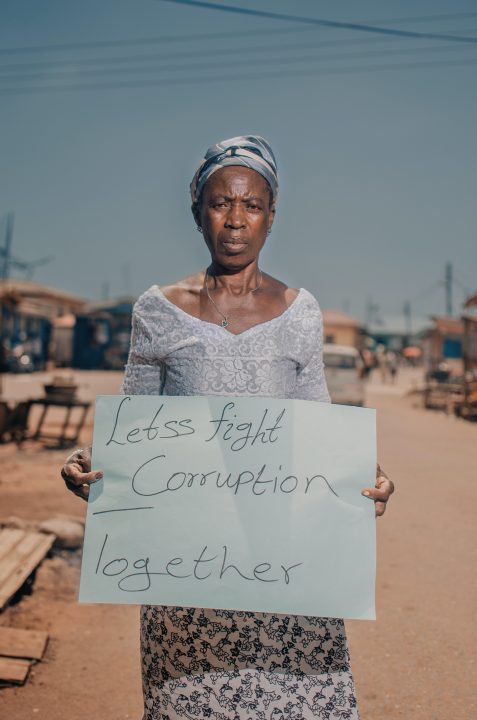 In John’s Gospel, 18:37 Pilate asks Jesus a loaded question in the middle of the trial for his life: one we have all asked at one time or another.  Pilate asks: ‘What is truth?’  It is a question generally offered when we want to evade accountability and responsibility, when we’d like a little bit of wriggle room.  When we’d like to ensure the truth lands in our favour, winning our argument, supporting our opinion.

Defining ‘truth’ is the current catch cry of our media, our politicians and extremists on both the right and left of our cultural context, this thick pea souper context we all live in these days across the globe.   It is no accident the question is posed as Pilate and Jesus debate the idea of kingship and power.

When I think how hard we work to maintain our fictional truth of living as Christians comfortably, without meeting any obligations, I invite you think again.

In John’s Gospel reading 18:33-37, Jesus is under arrest, standing before Pilate having been handed over by Judas and the Jewish authorities to the Romans with the power to physically kill Jesus.  The charge by the Jewish authorities could have been one of blasphemy, as we recall Jesus’ claims he is one with God and he is God’s Son (John 10:22-39).  However, the political reality meant the charge was about power and the desire of those in power to keep it as they wanted him dead.

Frequently the temptation today still sees us conflating party politics and power with worship and faith, whatever brand is in flavour at the time.  The issues differ from the left to the right, but the passion is similar.   In that environment, we quickly forget the words of Jesus: ‘My kingdom is not from this world.’ (John 18:36).

Jesus presents his understanding of kingship as truth and judgement from God’s kingdom. So as Jesus’ followers we should not behave as if we still believed in the powers of this worldly kingdom.  Jesus transcended the party politics and belief systems in our world 2,000 years ago and is still doing so today.

A disciple of Jesus is called to be detached from such connections and passions for good reason; they promise power, security and identity in this world.  These attachments shape us, individually and corporately and separate us from God.  The kingdoms of this world are the very temptations Jesus faced earlier in the Gospels (Matt. 4:1-11; Luke 4:1-13).  We recognise those temptations from the start of his ministry as ‘desiring to be relevant, to be spectacular and to be powerful’ (ref: Henri Nouwen).

We clearly struggle with the same temptations today.

For Jesus, his community leaders did not have the welfare of their people at heart.  They enjoyed a measure of freedom and power solely allowed by the Roman Emperor.  The Jewish authorities benefitted from their collusion with the oppressive empire.  They imposed and collected taxes related to the temple.  They were as dreaded as the Romans because they were in collusion with the oppressors.  Their simple objective was to protect their privilege and entitlement at all costs, just as we do today.   To this end, the Jewish authorities had to kill Jesus.

In the verses before this reading, John 18:28 we are told the Jewish authorities handed Jesus over outside Pilate’s residence, metaphorically washing their own hands to avoid ritual defilement so they could go home and participate in the Passover.  They have completely misunderstood the desires of God, believing the observance of the rule was the good, rather than hearing and acting on the intention of God’s love.  The hypocrisy is rank just as we can observe today.

John’s Gospel is also clear the timing of Jesus’ trial, torture, beating, and death occur at the time these good leaders were heading home to slaughter the lamb for the Passover.  The irony of the symbolism is powerful.

But I wonder if we too are not seeing or hearing the hypocrisy of our own lives in relation to Jesus’ kingship.  Jesus’ kingship was not from this world.  It was a kingship established simply on inclusive love; a love which speaks the only definition of truth I can live with. Claims of power and Christianity conflated and believed are not a Christianity or a God in whom we should live or believe.

In replying to Pilate, Jesus moves from kingship to truth, making the link between rule and judgement.  A good king judges according to the truth.  Such a king is not swayed by bribe or fear, by politics, privilege or power, by the to-ing and fro-ing of advantage.  A good king judges rightly and in truth.   Believing in Jesus means seeing the truth and recognising the judgement separating the darkness and light.

It is clear Jesus has little interest in serving as a ruler of the kingdoms of this world.   John’s Gospel describes Jesus as a special prophet who criticised the elites, the powerful and all of us who benefit from the systems and structures at another’s expense, whether economic or political privileges, or religious powers and authority.

Jesus was an advocate of an alternative social vision and consequently, was nearly always in conflict with the authorities of all persuasions, both secular and religious.  Jesus is guilty of acts of compassion and justice, caring for people, addressing the social and economic causes of their distress.  His work was pastoral and seen as political by this world’s kingdoms.  Jesus points to a kingdom where everyone has what is needed to live, all are included and where none are superior based on status and privilege. Such a message is abhorrent to those who cannot see or hear.

Paradoxically, Jesus’ kingdom is based on a power and authority flowing from a radical trust in God, the source of his identity.  He gives us all he has, including his identity, empties himself, and takes the form of a servant (Phil. 2:7).  He is the outward and visible sign of a kingdom not of this world.  He gives his life out of truthful loving.

Others are called to be in the world but not of it, living within the culture but working to transform it into something approximating the kingdom of God.  What I’m saying is doing nothing is not an option because it is at this point we become like Pilate and start to debate ‘what is truth’?

So what interests are we seeking to protect and preserve?  What accusations are we levelling at Jesus as he seeks to rock our very foundations as he calls us to follow him.  What will we let go of in living out our discipleship?  What are we defending like the Jewish authorities blindly and in willful ignorance?  In our context, what is expedient, historical, scientific, consumable, predictable and provable that we are seeking to preserve rather than Christ’s truth?

John’s Gospel portrays the Jewish authorities and Pilate as those who have ears but do not hear, and eyes, but do not see – the truth and the light – standing before them. They are so caught up in their own political fog they are unable to see God’s new thing in their midst.  Jesus turns the question back to them and to us.  In the end we must make our own decision about Jesus, for or against.  How we respond will depend on whether we choose to see or hear the truth standing right in front of us.   Jesus said: