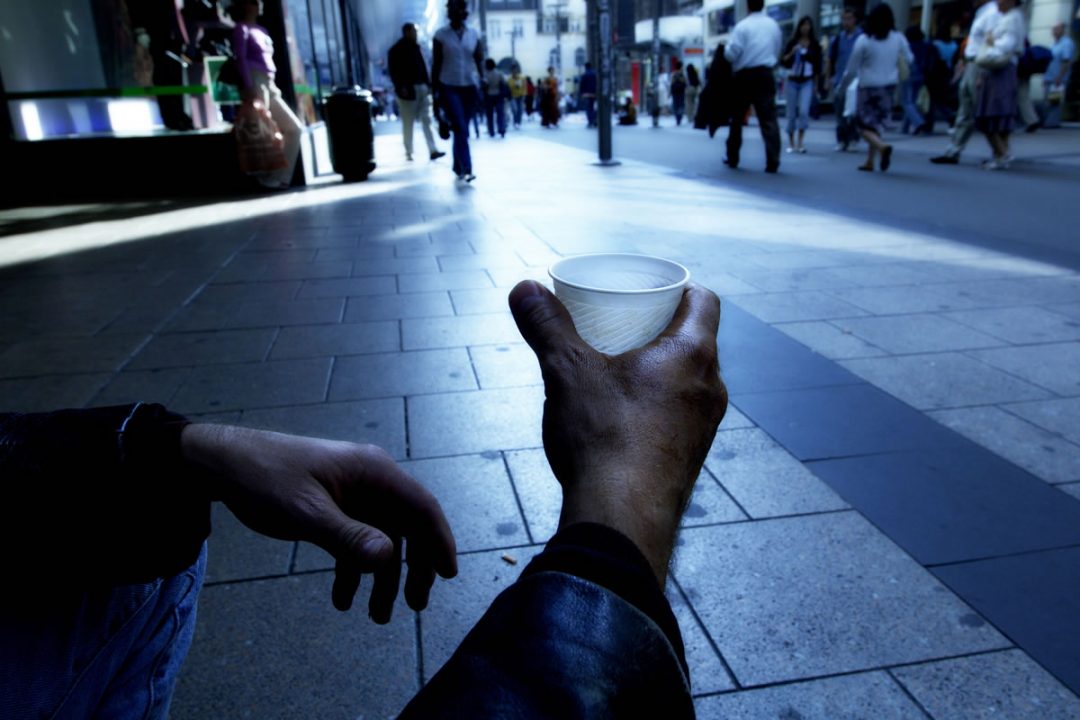 The deliberate decision by the current Federal Government to entrench, protect and privilege the wealth and power of the rich has ensured a consequential and intentionally deliberate increase in poverty and disadvantage in Australia.  This is being ignored through collective social amnesia.

The actions we take to avoid seeing the impact of our decisions as a group and individually are deliberately designed to ensure we don’t see the damage we’re doing to others, especially those who are vulnerable, unable to cope and who are without the capacity to alter their circumstances.  It brings into view the unpalatable fact that we now see people as disposable and non-utilitarian unless they generate a financial return.

Walter Brueggemann, theologian and writer talks about our society being at the brink of despair because of our inability and unwillingness to face into the consequences of our belief systems and implications of the way we are setting policies.  Ideology is driving the policy settings of Governments without regard to the consequences for people, creating loss of community, entrenching breaches in the civil contract between our leaders and citizens and increasing alienation and cynicism among our youth and older citizens.  It is growing the need for scapegoats, whether its asylum seekers and refugees, people of other faiths and cultures, people who are ‘different’ to us; all groups we can blame and reject and who give us an excuse to reach for the gun as our instinctive reaction to our own increasing anxieties.

These include the decision to deny access to income support for young people under 30 for six months of every year, so they will lose up to $255 per week.  Young people aged 22-23 will only be eligible for Youth Allowance rather than Newstart Allowance and they will lose $48 per week.  Even with exemptions, the Department of Social Services has estimated that 100,000 young people will be affected by this measure.  It will do nothing to create opportunities for young people or improve job readiness.  Instead it will create extreme hardship and deprivation, likely to lead to homelessness, poor health and disengagement from employment and their communities, increasing alienation and hostility and failure.

For families struggling with low incomes and sole parent families, the freezing of the maximum rates of payments will erode the value of payments for them into the future.  Families with children over 6 years old will lose income if the Family Tax Benefit Part B is changed.  And the new allowance for sole parents will not compensate for the losses, with somewhere between $37 up to $58 per week being taken out of the weekly budget.

For pensioners, the indexation changes which link pensions to prices rather than wages, will generate estimated losses each week of $80 per week over the next decade. All those on age, disability, carers and sole parent payments will be affected.  By extending the age of retirement, without increasing the Newstart payment also creates and extends the number of people losing between $64 and $166 per week

The Newstart allowance is exactly $36 per day.  I would defy anyone to be able to live on that desperately small amount for any length of time and survive without falling into debt or be able to climb out of the poverty trap sustainably.

The proposed changes for the medicare co-payments, the alterations to the cost of education through to university education, the changes to the superannuation payments are all targeted and will only impact on the poor in our country while  increasings the numbers of people who fall into that description.

The tragedy of the public debate at the moment is that it is driven by a wilful blindness about the consequences because the humanity is seen through the lens of ideology, it shows a devaluing of the poor as having no contribution to make in our society and the arrogance of a consumer society enables people to think that when people are no longer useful they can be thrown away.

Our solutions are not working and there is no appetite for a different leadership or a different vision to be created.  Increasing anxieties about the future which seems full of violence and uncertainty will not be solved by continuing to punish the poor for existing or daring to remind the rich that they have human rights and that they are created in the image of God.