‘…And the greatest of these is Love!’ 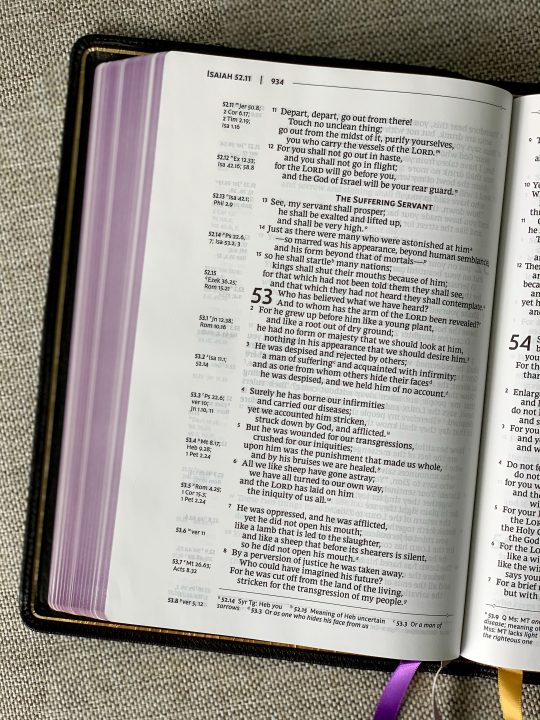 I wonder what it means to you to believe in a God who opposes imprisonment, whether it is behind iron bars, or our own self-inflicted bars of guilt?  A God who offers recovery of sight for those wanting to see the world as Jesus sees it, rather than belief in a God who is full of judgement, fear, hatred and division as preferred by the world.  A God who offers freedom from this world’s burdens and obligations and instead proclaims God’s love and forgiveness for everyone rather than oppression and despair.  And, I mean offered to everyone, poor, dispossessed, broken, both sinning and sinned against as the world demands, rich and poor, all races, all genders and sexualities, without exception.   What does that mean for you?

I wonder too, when you last thought about God’s open hearted all-inclusive love for everyone, and for all God’s creation, not simply those selected few, considered worthy by the world’s standards? And God’s creation all around us, to be loved and stewarded, not abused and misused for our own profitable ends?

When you reflect on this, what does this feel like in practice when you realise those who are welcomed and loved by God includes those who are different to you in every aspect of life and who challenge your beliefs about right and wrong in the world, who are also beloved by God and not excluded, who are repentant and forgiven by God, even if you haven’t.

I think it was a reaction to this challenge Jesus encountered when he stood up to preach in his hometown of Nazareth.

The reading in Luke, 4:14-21 tells us about the start of Jesus’ ministry in Galilee.  Jesus had begun to preach locally and was a popular speaker.  He was a well-informed student of the Torah and was a faithful Jewish man.   Now at the age of 30 he was filled and inspired with the Holy Spirit following his baptism by John and emerging from the wilderness ready to do God’s work. We learn in his preparations for this ministry, Jesus had been profoundly tempted to become a Messiah completely different to the one incarnated by God.  God was bringing the good news of God’s love to the whole world, not just to God’s chosen people.

God was giving God’s people a Messiah who brought God’s love filled with healing and freedom, offered from a position of vulnerability and without power, rather than a Messiah filled with judgement, division, fear and hatred, not a Messiah claiming power, might and worldly glory, leading people to their death.  Jesus was a Messiah about to turn the world upside down.

In the wilderness Jesus had faced three temptations:  the first was to turn stones into bread and feed all the hungry people, to be liked, to be a Saviour and end world poverty; the second was to have power over the whole world, to do whatever he wanted and to be worshipped; and finally, Jesus was tempted to use his power to protect himself in the world and be invincible.

These desires are what we see played out by dictators and tyrants around the world today and all those who choose to follow these desires even to death.

So, what exactly was Jesus preaching and sharing that was so radical and amazing?  As Jesus started preaching we’re told he was ‘praised by everyone’.  I think this was more than simply being an inspiring speaker.  Perhaps people were astonished he was speaking about God’s grace and love for everyone, including all the nations, instead of special grace for Israel and fierce judgement for everyone else.  This seems more likely than a general view he was a good teacher.

Eventually, Jesus came to preach in his home synagogue on the Sabbath, and he chose familiar passages from Isaiah 58:6 and 61:1-2a talking about the Messiah and he began to lay out his message and mission from God.

Throughout Isaiah there are descriptions and references to an unusual ‘anointed’ figure who will perform God’s will.  Jesus doesn’t quote the text about vengeance on evil doers but he evokes Isaiah’s bigger message which speaks of Israel being the light of the nations, a message Luke highlights.   The servant-messiah has not come to punish but to bring God’s love and mercy to them all.  This is a shocking message.  It was not what the first century Jews wanted to hear.

Jesus then continued to lay out how the prophets brought this message from God, not just to the Jews but to the despised and enemies of the Israelites.  Elijah helped a widow from Zarephath in Sidon, Elisha helped a Syrian called Naaman who was a leper, rather than an Israelite.  When those in the Synagogue heard Jesus’ words, they were furious.

Jesus pointed out, unless the Israelites could see this was God being gracious to everyone, unless they abandoned their dreams of a military victory over their national enemies, they would suffer defeat at every level, military, political and theological.  It is the same argument today as God continues to offer love, forgiveness and peace to all who follow Jesus as the way of living and dying.  God’s opponents still have the same response, bringing violence, terror and death to those who proclaim it, as anything other than worldly power is unthinkable.  Changing the world’s priorities out of love is totally unacceptable.  We are reminded this Gospel still evokes a violent reaction, from ourselves and our neighbours, when it challenges all our interests and agendas with the news of God’s surprising grace for people we despise and fear.

Those listening to Jesus in the synagogue became furious at what they imagined was an outrageous interpretation of God’s will for them as the chosen people.  They chased Jesus out of the synagogue, intending to hurl him off the cliff at the end of the town.  I was reminded of the third temptation:

If you are the Son of God, throw yourself down from here, for it is written, ‘He will command his angels concerning you, to protect you,’ and ‘On their hands they will bear you up, so that you will not dash your foot against a stone.’  Jesus answered him, ‘It is said, ‘Do not put the Lord your God to the test’.  (Luke 4:9b-12)

It is ironic this threat to his life at the start of his ministry is the consequence of Jesus’ preaching of God’s love and saving grace.

The Spirit of the Lord is upon me, because he has anointed me to bring good news to the poor.  He has sent me to proclaim release to the captives and recovery of sight to the blind, to let the oppressed go free, to proclaim the year of the Lord’s favour. (Luke 4:18-19)

In the dramatic response to Jesus’ preaching God’s message as the anointed Messiah in his hometown, we realise God has protected Jesus because it was not about power and glory as offered by the devil, but because of Jesus’ commitment to God in all things.

As we place ourselves in God’s hands with our own commitment to God’s love and inclusive grace for everyone, those unable to contemplate such inclusion and forgiveness are zealous in their rejection of the message of love and living in love for all people in all places and caring for all of God’s creation.

So my question to you is to wonder whether at the heart of our decision making, have we chosen to respond out of fear for ourselves, or out of love for God and our neighbour?    May God gift you the faith and trust to live courageously in love.

For this reason I remind you to rekindle the gift of God that is within you, …for God did not give us a spirit of cowardice, but rather a spirit of power and of love and of self-discipline.  (2 Timothy 1:6-7)