The Entrenched, Privileged Cruelty of Patriarchy 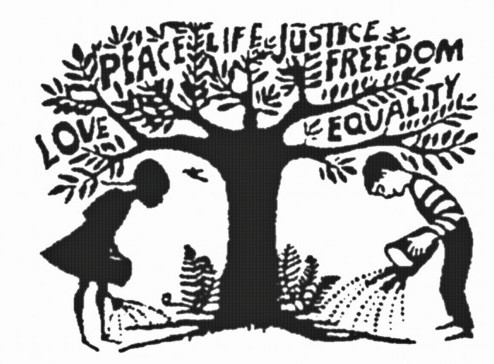 A small, dirty, frightened, horrified boy was found clinging onto his dead father’s body, as he wrapped himself around his father’s chest trying to wake up his father. The man had been killed by bombs dropped onto a wedding party in Yemen.  The bombs killed at least 20 people and wounded many others, with children reportedly among the injured having lost limbs and eyes according to eye witness accounts. The rescuers were seen covered in dust and blood, after searching through the rubble for survivors, as they tried to persuade this small boy to let go of his father. His cries of ‘no, no, no’ and his desperate rejection of the reality was heartbreaking.

Such cries of pain and despair are echoing around the world.  The profound existential contempt for life and the monstrous relishing of pain and global suffering exquisitely inflicted by unnamed others who have the power and will appears all encompassing.  Such people appear to be without care or compassion in the pursuit of some objective that puts their desire for power, and their greed and consumption ahead of all life and shared living in community and it is breaking new ground in this 21st century.

We see cycles of such appetites becoming ever more grossly morbid within our humanity, where the gorging consumption of death spirals ever higher, feeding on death to greater and greater excess, as the price of life is non-existent. Death is the currency of life for a few, but it is the price paid by the majority.

The momentum of death is carrying all in its path, persuading leaders to greater excesses, a tsunami of bodies tortured, raped, murdered, poisoned, robbed, despised, unknown, unaccounted and unheeded. Mourned only by those who know them, and as one leader or power broker carries it off without being challenged or held to account, the next finds it easier and easier until no explanation is needed, only the recognition of the desire is sufficient in itself and there is a quality and quantity of greed emerging that embodies obesely the politics of snatch, grab, burn, subdue, control and hold through fear and desire.  The fear of being found out or being wiped out, the desire to share in the spoils of war and not be left out.

The image of the small boy crying out in his pain and suffering has made me weep. I continue to weep tears over our inability to stop this egregious wickedness and evil, but it is important to recognise on this occasion, the bombs are very visible.

However, let us be in no doubt, the equivalent impact of these bombs are happening around the world in a multitude of ways; in the blowing apart of environmental protections for our planet and the subsequent loss of countries, flora and fauna forever made extinct; the wiping out of women’s very existence and being visible only in the moments of desire, subjugation, humiliation and revenge; the increasing use of slavery to expand our exponential consumption with business models that puts commodified bodies on the scrapheap once they are no longer of use; the abuse and trafficking of asylum seekers as violence drives millions from them homes forever walking the surface of the earth seeking places of safety; the sick pleasure gained by those whose continued corruption in and of governments, banking, and the vast global corporations who have moved themselves beyond accountability to the rest of humanity. Such corrupt people and entities who steal, lie, cheat and profit from human misery; and watch idly as billions find themselves unable to meet the latest demands and so sink into death, through poverty, ill health, remaining unhoused, uneducated and fodder for the next round of death.

Hannah Arrendt had it right when she said that we are all accountable, individually and as communities and nations. Blaming others, blaming the system, blaming our leaders, blaming the culture, blaming the laws are all, in the end simply excuses to get us off the hook and it doesn’t work.

God said: “Blessed are those who mourn, for they will be comforted”. God’s mourning gives us courage and hope to stand and speak our witness to what is happening, in our homes, our communities, our churches and our countries and globally, speaking truthfully from wherever we find ourselves and by being deeply engaged in all aspects of the world, as it is all God’s world.  It is God’s creation that is being so mistreated and abused by human beings.

As Christians we cannot stand apart from this, and neither did Jesus. We stand, in solidarity to witness to the crimes being committed and pray we may find the necessary words to do so truthfully and honestly; and work to enable God’s presence to become more visible.

And I pray for those caring for that small boy for whom I continue to weep, and for all God’s children weeping for their loss, in terror and unbounded grief.

And I pray for those whose decisions and actions led to his father’s death and for all those killed in such criminal ways, that justice will be given and that those inflicting such cruelty, pragmatism, despair and fear because of their greed will experience God’s peace and love, and God’s new way may emerge.

Micah 6:8    And what does the Lord require of you but to do justice, and to love kindness, and to walk humbly with your God.