Love and Hope at Christmas

The Massacre in the Midst of Christmas 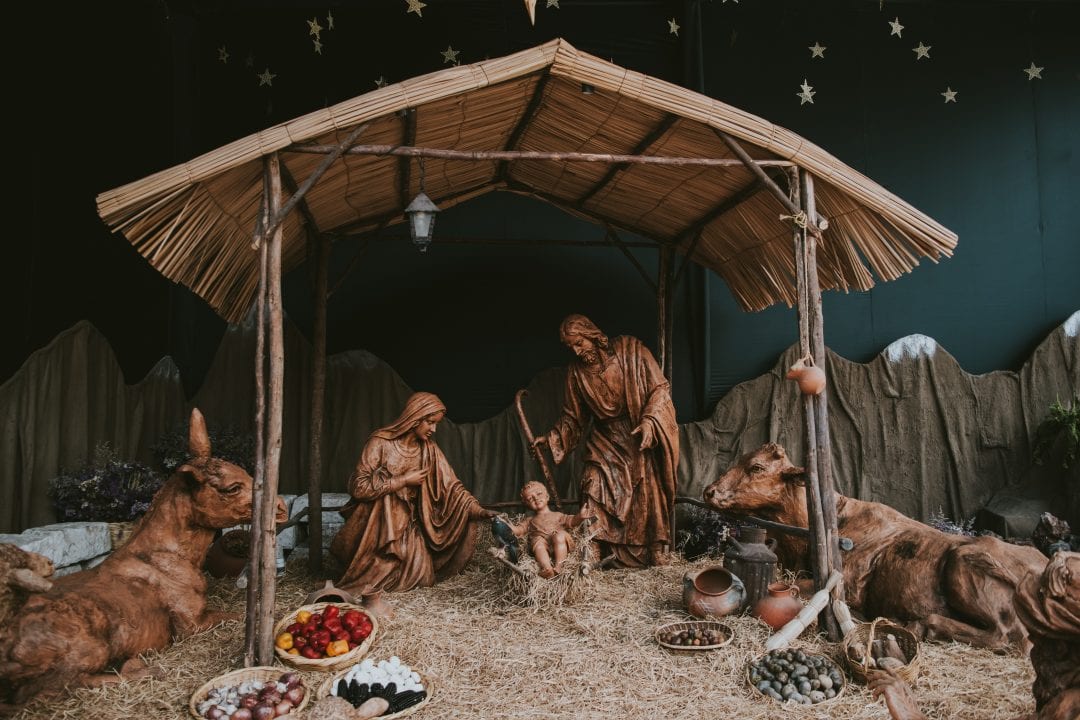 I was reflecting on love, the love we have for our children, our grandchildren, for our nephews and nieces, the children of friends and relatives.

The most beautiful pictures and memories are of people holding a baby in their arms, cradling, looking, memorising the features, smelling their newness, the slight movements, marvelling at the smallness of fingers and toes, of hope for the future. Of the love and wonder in their faces at the new arrival, the miracle of new birth and the new creation.

Do you remember such an experience with your own children or is this an experience you have had for another person with whom you have fallen in love and with whom you live in love?  The capacity to look into the face of the beloved and to know love is an extraordinary gift and very precious.

Such love is strong, it is powerful, it can be overwhelming.  It can cause us to make decisions that are nonsensical when comparing issues of safety and risk.  We put our lives on the line to protect those we love.  We make sacrifices and do things that are not rational, for love.

I celebrated a wedding service for a couple, two Saturdays ago, and the reading they chose was about love, human and divine, taken from 1 Corinthians 13:

“Love is patient; love is kind; love is not envious or boastful or arrogant or rude.  It does not insist on its own way, it is not irritable or resentful; it does not rejoice in wrongdoing but rejoices in the truth.  It bears all things, believes all things, hopes all things, endures all things.  Love never ends…and now faith, hope and love abide, these three; and the greatest of these is love” (1 Cor.13:4-8a,13).

Mary and Joseph were sharing space with the animals and using their food trough as a cradle.  Their new son, their firstborn, was wrapped up tightly in bands of cloth and had been laid in a manger, to stop the animals treading on him.  As I imagine this scene, I see both parents looking down at their new son.  One hopes Jesus was sleeping to allow them to draw breath and think about sleep themselves.   Both would have been weary, particularly Mary, after days of travel across rough terrain on the back of a donkey.  No wonder she had her baby as soon as she had arrived.

There was no fanfare, no appointments with doctors or midwives; no parents or relatives we are told about, no support, but a simple place quietly filled with animals we assume, because we are told they laid their new son in a manger.  Mary and Joseph had got on with the business of making sure this child arrived safely and both mother and child were well.   Given the death rates of children and mothers in childbirth in those days, this was a remarkable story of survival and good news.

Luke, as he tells the story of Jesus’ birth, also takes the opportunity to set out the other world and reality to this small, ordinary story of a family travelling to be counted so they could be taxed.  Being registered was not about voting or democracy, it was about power and control across the Empire.

Luke also tells us about Emperor Augustus sending out orders around the Empire, of Herod trying to imprint his power on the three wise men, of the exercise of ‘power over’ others.  Of people living privileged and entitled lives, for whom the status quo was very satisfactory, thank you very much!  This part of the story stands in stark contrast to the life experiences of Mary and Joseph.

Jesus, ‘Yeshua’ in Hebrew, meaning ‘God saves’ is named by Joseph at God’s direction.  Jesus is welcomed and adopted into Joseph’s family as his firstborn, into the line of King David so that the prophets and stories of God can be fulfilled.   As the birth of Jesus is told to the shepherds, he is described as being a Saviour, the Messiah, the Lord.  We are reminded by this reference to shepherds and to the line of David, that David too was a despised shepherd before becoming a famous King.

Around us in this story are the recognisable signs of power, might and violence.  Majesty in its human form, applied with force and compulsion.  Not love or compassion but wielded with authority and no choice is offered with the required obedience.  This is a brutal world in which disobedience can and does lead to death if you test the worldly powers.

We hold two realities in this Christmas story of the birth of Jesus; a story of poor parents who trust God and are willing to live faithful, obedient lives allowing and committing to the Holy Spirit’s work in the world and in them, so that the world is transformed and reborn.

The other reality is of forceful power and might applied with force and coercion.  Very different.

Yet in spite of the reference to King David and the shepherds, we come to see and understand Jesus is not a king in the pattern of David, not a ruler in worldly terms, but a Messiah who is loving and compassionate, whose power is expressed only through love.

The power of a vulnerable, fragile baby whose parents would have worried about what his arrival meant for them all.  As Mary pondered these events and words in her heart, we see more clearly our God, whose presence is love, who’s outworkings are peace, shalom, wholeness and love for our neighbours and for God.

This day as we celebrate the advent of Christ Jesus, coming as a small, vulnerable baby, with whom we fall in love, God reminds us that love is the only way to respond to each other and to the world.

Let us be like the shepherds, returning to our homes, our families, friends and communities, glorifying and praising God for all we have seen and heard and let us trust God that it is in loving one another and God, the new creation is birthed today.