Nothing Will Ever Be Same Again!

So Far and No Further!

The Choice to Love is Yours! 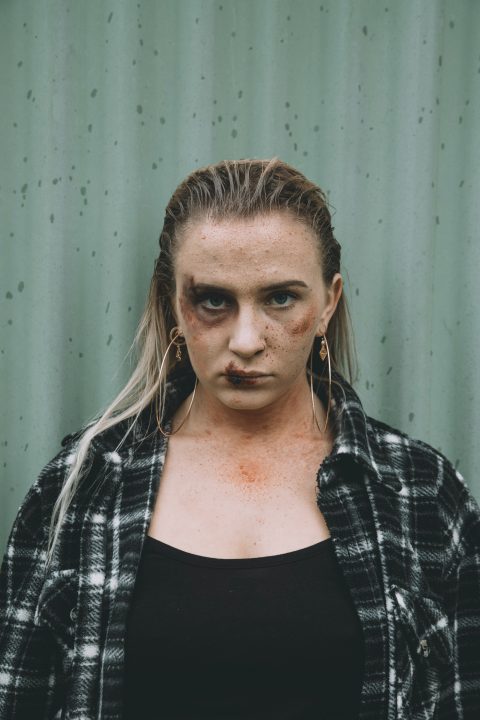 The world we imagine we know and understand as Christians still has a great deal of work for us to do as we look at the world afresh in these Lenten journey days.  Jesus has gone ahead to drive the change.   I hope you’re prepared.

I watched the ABC programme Foreign Correspondent this week, about the impact of the earthquake and tsunami which hit Japan on the 11 March 2011, 11 years ago this week.  The scale 9 earthquake hit north east Japan and killed about 20,000 people. It is known as the Great Sendai or Great Tōhoku Earthquake.

The programme focussed on the engineering solution being put into place to prevent it happening again.  The country is building a 14 m plus high sea wall with similarly deep footings over more than 450 km across land and sea.  It is an extraordinary feat of engineering and highlights a deep and urgent desire to prevent such a disaster in the future.

My instinctive reaction was awe at the scale of the solution and the commitment of the government to protect its people.

However, communities along the north east coast now don’t have direct access to beaches and sea for their livelihoods.   The promise of safety has a high price tag.  The water quality inside the wall is changing and negatively impacting the environment, the fish, animals and birds.  The wall can only be guaranteed for about 30 – 35 years because of the degradation of concrete in seawater, and government corruption with its links to construction companies has meant the billions of dollars spent in building are also lining the pockets of those to whom the government owes favours.

In one small coastal community, there is a man who lost his mother, wife, all three children and their home in the disaster.   However, when the government told them the good news about the wall, he said ‘no’.  Initially, survivors of his community were outraged and wanted to say yes.  But after a while, as they listened to him they knew what they should do instead is move to higher ground.  They didn’t need a wall.   They have moved inland and uphill at far less cost to their lives.  The remnant of their community now tells a different story.   Their local rivers continue to flow; the fishermen and oyster growers continue their trade unimpeded.  They have understood the basic problem and know the solution, one which has been taught to Japanese children for decades, because of earthquakes and tsunamis:  when the sirens sound head for the hills.  Don’t wait, don’t look back, don’t go searching, simply go and survive.

Let’s now think about the gospel reading offered for this reflection (John 2:13-22).  We hear about Jesus attending the Jerusalem temple just before Passover and seeing the chaos in the outer courtyards because of the temple marketplace supporting temple sacrifices.

Jesus’ response is shocking.  He makes a whip of cords and drives the money-changers, animals, birds and their sellers out of the temple, overturning the tables, sending money and people scattering, running out of the temple onto the street.

Just think about this happening in the most holy of places.  The noise, smell and dust in the temple’s outer courtyard would be overwhelming.  It would be full of weary travellers needing to exchange shekels for temple coinage – at a cost; trading their own animals for certified unblemished animals and birds – at a cost; buying animals if they’d made the pilgrimage without an animal – at a cost.  The money-changers would be paying a percentage to the temple authorities, who would charge for space, taking a cut on the turnover.  A good earner and one we all recognise in every commercial marketplace.  Buying, selling, with practical, pragmatic corruption making it real.  Nothing to worry about.  Normal stuff.   The commotion from Jesus’ action would be appalling and the loss of income and claims on insurance a nightmare.

The story of the cleansing of the temple is a sign which people don’t recognise.  It tells us Jesus is claiming ownership of the place of worship and he clearly dislikes seeing his religion driven by market forces.  He did not act impulsively. Jesus stopped.  He found some rope which he wove into a whip.  Then fully prepared, he went berserk.

It would be a day, long remembered by the temple religious authorities, scrambling to put things back the way they were, seeking to reassure the public the trouble-maker couldn’t return unless he promised to behave, and seeking to reassure people Jesus’ way of thinking was wrong.  As God’s privileged religious temple authorities, they knew how to manage it.   They’d done it for ever.

Yet by the time John’s gospel was compiled, the Romans had destroyed the temple.  All was changed and Passover was once again a home ritual, without the practice of sacrifice.  For John’s community, Jesus was the definitive Paschal sacrifice.  In John, Jesus dies at the precise moment the lambs are being slaughtered in the temple in preparation for the Passover meal (19:14,30-31).

The story of Jesus’ behaviour in the temple before the Passover is one of the few stories told in all four Gospels.  From a faith perspective, it attacks and resists the normalisation of market logic, the consuming greed and transactional values in our social, cultural and faithful lives where it poisons and destroys our Christian values and behaviours.

John places this story near the beginning of Jesus’ ministry to enable his readers to call into question in every generation, every aspect of our lives, our work and faith, our thoughts and practices through our faith in God.

In our modern world this is a dangerous and disturbing story.  Jesus is angry and frustrated and seeming on the verge of violence.  He is God claiming his temple.   He is the Son of Man outraged at the commercial distortion of faith and its corrupting influence on those around him.   This is Jesus in action against the systems which have captured us and still hold us in thrall today just as they did 2,000 years ago.  Our culture is saturated with the belief money will resolve everything.

This sign Jesus gives us is also a sign of a new Passover.  In cleansing the temple, as in his passion and resurrection, Jesus was bringing his people through a new exodus, a new deliverance from what binds them.  Clearly one of the ways God’s people were bound into slavery was by a religion co-opted by market forces.

And our religious market is well and truly flourishing as we enjoy church shopping as religion consumers.

I felt angry and frustrated this week and the anger Jesus felt in the temple reverberated in my soul as I reflected on my anger at the political and business corruption, sexual politics and criminal behaviour of the worst kind, with women and children brutalized and dying every day because of domestic and family violence around the world and everyone looking the other way.   The wealthy growing wealthier at the expense of the poor and oppressed as the world tilts always in their favour, the poor becoming poorer, scapegoated and demonised.

My anger at betrayal and complicit acceptance of corruption is profound.  I was reaching for my own whip of cords as I thought about clearing out the temple.  And then I heard the sign from Jesus, the noise as he overturned the tables.  He is the Paschal lamb, giving us the sign of the cross in our lives forever in salvation.   The kingdom of God is at hand and nothing in this world will remain the same except God.

In Lent, we think about Jesus’ pilgrimage towards the cross and reflect on our willingness to walk alongside and stay the course.  We pray each day, ‘your will be done, on earth as it is in heaven.’  This discussion, this Christian practice and faith is not an add-on in our lives.  It is not about living good lives apart from others but living here, now in God’s world and kingdom, where we are called to see things freshly, to see with Jesus’ eyes and like the old Japanese man, to look through the promises of the powers and authorities, to see what matters and then commit to living in Jesus’ way irrespective of tsunamis and earthquakes, whether physical or relational.