On Trial for Love! 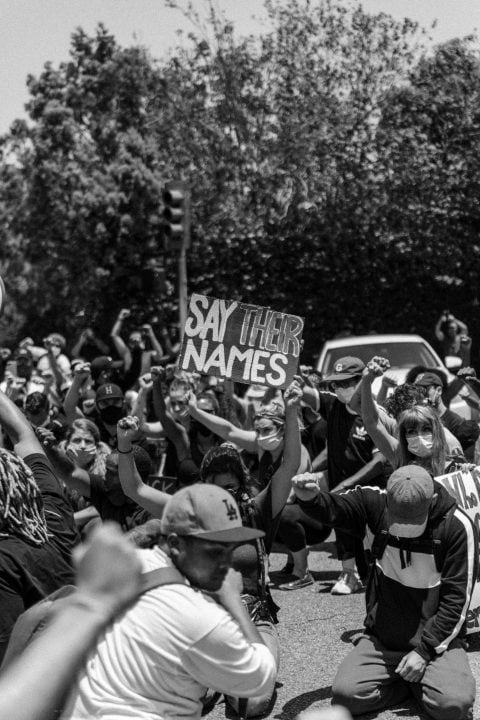 This week, our news has been full of trials: a proposed trial of President Putin and his generals for war crimes in Ukraine; and a trial of Russia as it was suspended from the UN Human Rights Council after a vote by the General Assembly.  We have a trial underway in Australia with a soldier challenging allegations of war crimes.  The previous President of the USA is also being ‘tried’ for his actions on 6 January 2021 and the attack on Capitol Hill.

In the heat of the debate, we find ourselves taking sides and arguing our opinion forcefully.  We are outraged by different perspectives which don’t align with our own and shout down any objection hinting at another perspective, providing greater detail which may not be favourable.

We are noisy, demanding and not listening, as the horror of the apparent crimes and injustices are seen around the world and we demand action.  Crucify him! Crucify him!  We shout loudly.  With social media amplifying our words to the whole world, we imagine it is a human right to speak to the whole world however we want.  Social media platforms mediate and expand violence, destruction, hatred, death and deliberate untruths without any filtering or check of the facts.

Luke writes about Jesus facing four trials once he is arrested.  He is tried by the religious leaders, the Roman occupier, the Jewish puppet King and ‘the people’.  He is tortured and killed once sentence is passed for being the ‘King of the Jews’.  His noisy, enthusiastic, exuberant entry into Jerusalem has become a distant, unrealistic memory which we now seek to forget as naïve and foolish.  Instead of bringing victory over the hated colonisers, Jesus faces a trumped up, political charge of high treason by people whipped into a frenzy as the leaders seek to silence Jesus and his message.

In contrast to the noise of everyone demanding death, destruction, vengeance and safety, Jesus is silent, Luke 23:1-49.  His message of three years of ministry has brought him finally to this conclusion.  Was anyone listening?  Did anyone hear?  He must have wondered.  Jesus turns to the women lamenting as they followed him to his execution:

Daughters of Jerusalem, do not weep for me, but weep for yourselves and for your children….for if they do this when the wood is green, what will happen when it is dry?’ (Luke 23:28)

The message is laden with grief and knowledge.  I remember in my sorrow, an echo once again telling of the dreadful massacre of the innocents at Jesus’ birth by King Herod, uselessly trying to avert the fulfilment of the prophecies for the Messiah, as King of the Jews.

‘A voice was heard in Ramah, wailing and loud lamentation, Rachel weeping for her children; she refused to be consoled, because they are no more.’  (Matthew 2:18; Jer.31:15))

Dom Helder Camara, the Archbishop of Recife, Brazil, once summed up how the church and message of Jesus is always a danger to the establishment and empire:

All questions about cause, structure, institutions and policy threaten establishment paradigms to their core.  Those who take on the strong demands of justice from Jesus in their discipleship, are rightly conscious they will be tested and also tried, as Jesus’ prophetic task still carries the same death sentence 2,000 years later.

In this story we are confronted with our inability to listen, to hear and respond to Jesus.  We behave like Herod who wants to speak to Jesus, as he ‘had heard about him and was hoping to see him perform some sign.’ (Luke 23:8) When Jesus doesn’t comply, Herod ridicules him and sends him back to Pilate, an inconvenient truth to be put away.  The only question remaining for those seeking Jesus’ death was, ‘who was going to sentence him?’

As Jesus stands silent as judgement is passed, we recognise silent witnessing is as dangerous to those holding power as prophetic speech.  The Mothers of the Plazo de Mayo, in Argentina gathered every Thursday afternoon in the 1980s, to raise awareness of the disappearance of their children.  They wore white head scarves embroidered with the names and date of birth of their missing children.  It is thought over 30,000 were disappeared during the 1970s and 1980s.  This silent witness by their mothers and the later publication of the names and details of the’ disappeared’ caused a brutal crackdown from the military regime in power who murdered and disappeared the female leaders.

Over the years, trials were held to bring those responsible to account, and more recently, these efforts included trials for ‘crimes against humanity’ even though there was a significant push to stop the trials and to forget.

One of the characteristics of the Gospel story about Jesus’ trial and death, is the desire to forget what is inconvenient for those in power.  I wonder, as we stand witness to the trial of Jesus, and to all the unjust trials since then: have we been in the dock, or have we been with crowds demanding death, or with the judges passing sentence?  Where are you today in this trial? We do know, memories of injustices and memories held with love are inconvenient.  Those who desire to remember with love, to ensure justice and peace are among the most inconvenient of all.

We are told each week, as we eat and drink at Christ’s table, to do so in remembrance of Jesus, for all he stood for and invited from us.  Believers can be forgetful people when we are invited to repent, forgive and love.  As Jesus was crucified, the cosmos and all of God’s creation responded to the injustice and the brokenness of human love.

It was about noon, and darkness came over the whole land until three in the afternoon, while the sun’s light failed; and the curtain of the temple was torn in two. (Luke 23:44-45)

As God’s Son breathed his last, the world saw darkness spreading as heaven and earth collided.  Yet God’s presence in the world was seen and vividly experienced by those standing, witnessing silently, the women grieving and waiting as the temple curtain was torn apart and our hearts are broken open.

On the cross the passion of Jesus’ suffering is surpassed only by the passion of his redeeming love.  Good Friday reveals the steadfastness of God’s love is greater than the grip of humanity’s despair.