Raising from the Dead 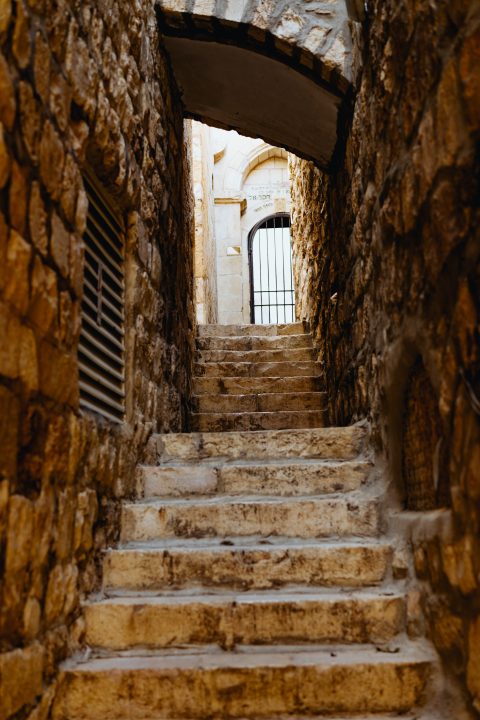 My reflection for this week started about 55 years ago when I was a very small child.  I was reading my Children’s Bible to myself one evening.  I read the story of Jesus’ death and I started to cry.  I was inconsolable.  I could not understand such brutal treatment and why it had been done to Jesus.  How could this be?  As I prepared for this week’s reflection and the Gospel reading of the Passion Narrative from Matthew 26:14-27:66, my memories took me straight back to the shock of the story all these years ago and my response is still the same.

According to a 2009 survey conducted in the US, 54% of those who attended church on a weekly basis, supported the use of torture and inhumane treatment against suspected terrorists.  Shockingly, the study found the more likely Americans were to go to church each week, the more likely they were to support the use of torture and mistreatment of detainees.

However, it’s not just in the US. Many Christians across the world support the state-sponsored execution of criminals.

Many Christians across the world accept the unacceptable levels of violence in our own homes; partner abuse and severe mistreatment of children are not matters we like to discuss.

Many Christians across the world including Australia, accept the unspeakable levels of violence against asylum seekers and refugees, locked away out of sight in off-shore detention camps; where death and disease pick them off, one by one.

Many Christians in this country accept levels of violence against those who do not conform with our current laws, social or cultural standards and expectations, people of other races, people from our First Nations, those who are LGBTI and I suspect each of you, if you put your mind to it, would be able to name groups or individuals where some level of violence is accepted.

It may be because you believe the argument that hurting a few is worth it to save the many.  We’ve seen that with some of our leaders in recent times as they respond to the pandemic.  Besides which, the argument goes, none of these who are accepted as ‘collateral damage’, will be innocent like Jesus.

In today’s reflection as you can see, I want to focus on this particular issue in the soul-shattering Passion Narrative, among all the other reflections raised in the story about which we can pray and reflect as well upon over the next week.

How is it, for you and I as Christians, whose Saviour was himself a victim of torture and execution by an occupying military power, can support practices that so blatantly contradict both Jesus’ teachings and his profound love in the face of violence?

From a theological perspective, my question is: ‘who is responsible for the condemnation and death of Jesus?  The appropriate answer is: All of us.

Such an answer asks us to reflect on the disturbing and challenging nature of religion, state power, mob mentality and our own pastoral, cultural responses to such experiences.

The dark side of religion including Christianity has taken us to the place occupied by the Chief Priests and elders.  You and I have been these people and made these decisions knowingly, when we recognise a miscarriage of justice but we live in the ‘real world’ and accept that is how it is.

Every religious tradition has a dark side, and when this takes control nothing is more destructive.  It can deceitfully hide hatred of others and the desire for revenge, if threatened.  Evil in its religious disguise, affirms our belief we are in sole and absolute possession of the truth and escalates the determination to bring destruction on all who pose a real or imagined threat to our own self-certainty, self-image, power and entitlements.

The leaders of the State powers are represented by Pilate who is seen as being responsible for the miscarriage of justice against Jesus.  State power, like religion can be a monster.  It can be used to repress and destroy all opposition, such as Herod’s massacre of children when he hears of the birth of the king of the Jews (2:16-18).  Pilate can be brutal too, but we also see him here on trial, displaying his own self-serving political interests as a wealthy member of the ruling powers to whom he owes absolute loyalty for his own safe future.

We may find it hard to imagine ourselves as Pilate but I believe all of us have been in similar positions, weighing up the circumstances, focussing on our own survival and our own self-interests, making a choice, ignoring advice to the contrary and then blaming others when it goes wrong.

I am reminded of Hannah Arendt’s own critique of evil, in her book, The Banality of Evil – the Trial of Adolf Eichmann. Eichmann protests at his own trial he was simply doing his job and his duty, efficiently and effectively, as he steadily wiped out the Jews. He chillingly demonstrated his total lack of moral conviction and courage which should have motivated him as a Christian to resist the murder and misery taking place around him and which he was actively encouraging and facilitating.

Then we have the crowd, who when given the choice, chose Barabbas because they wanted to see Jesus crucified, perhaps as payback for not fighting the Romans.  I don’t think its helpful either, to imagine people like us would have behaved any differently because it’s now 2000 years on or because we have good communications and can make better choices, guided by our Christian moral compass.

Matthew highlights unflinchingly, our unsurpassed human ability to deceive ourselves.  He knows too well an individual betrayer like Judas and an individual denier like Peter can help bring about the death of Jesus, no less than a maddened mob whipped up by leaders who are following a personal agenda.  We are frequently no different.

All this shows Matthew’s clear critique on the self-righteousness of those who claim God as their own, the bureaucratization of power and the capacity to justify evil actions by ‘just doing my job’; by not resisting the brutalisation of such complicity, and finally, by the frenzy of crowds, communities and nations seeking to relieve their own failure, anger, guilt and bitterness by projecting it onto someone else or a group as a scapegoat.  For those in Matthew’s story, Jesus is the easy scapegoat.

We, like the religious and state leaders, in our communities and in ourselves, brush pass the truth of God as a distraction from our pressing concerns.

Jesus Christ reigns not with power, violence, threat or coercion, but with deep integrity, with uncalculated goodness and simple testimony to the truth.

Jesus does not resist religious and civil corruption with violence or power plays.  He resists with the power of peace-filled love.  He doesn’t angle for crowd approval or acceptance by the powerful.  He lives and dies because of his love.  The ‘way’ of Jesus is centred on God’s mercy and justice, peace and love for enemies, and care for the ‘least of them’.

One of the commentators I read, reflected on the crowds of people, the spectators who stood around the cross watching the events unfold. Luke in his Gospel, says:

And when all the crowds who had gathered there for this spectacle saw what had taken place, they returned home, beating their breasts.”  (Luke 23:48).

We need to remember all it takes for evil to triumph in the world is for a lot of good people to go home, beating their breasts.

Running through this Passion Narrative is a Jesus of Nazareth who will neither collaborate or passively accept, the evil in the world.  Jesus calls you and I back to God’s peace and justice, practicing what he preaches.

The crucifixion is a redemptive act of God. We remember John the Baptist’s words in this blood-soaked moment of the work of the Suffering Servant from Isaiah 53:4-6:

Surely he has borne our infirmities and carried our diseases;

He was wounded for our transgressions crushed for our iniquities; upon him was the punishment that made us whole, and by his bruises we are healed.  All we like sheep have gone astray, we have all turned to our own way and the Lord has laid on him the iniquity of us all.

Matthew’s witness that Jesus did not come down from the cross allows us to see God’s deliverance is made open and visible to all.

God’s delivering power is present where human opinion across the world, generally assumes it is absent; that is, in the midst of Jesus’ redemptive suffering.  We are invited to go into places where suffering exists by our acceptance of this, witnessing to Jesus’ presence in our suffering.  Jesus’ suffering on the cross gives people of faith the courage to face the sufferings of the world knowing we do not do so alone.

As Christians we know the Creator of the universe is a God of love who lays aside all else to be with us and to be one of us.

Everyone who suffers understands the cross as we hold onto it tightly.  Whether we are ill in these times with a serious prognosis or locked up in a dark cell or beaten by someone we trusted, or betrayed, abandoned and forgotten, we don’t need theologians to explain the cross.  We simply hold on to it.  Whenever any of us faces a personal valley of shadow and death, we can simply stand gratefully beneath the cross of Jesus.

The Pew Forum on Religion and Public Life, May 7, 2009: “The Religious Dimensions of the Torture Debate.”