God’s love in the face of Privilege

…To See the Face of God! 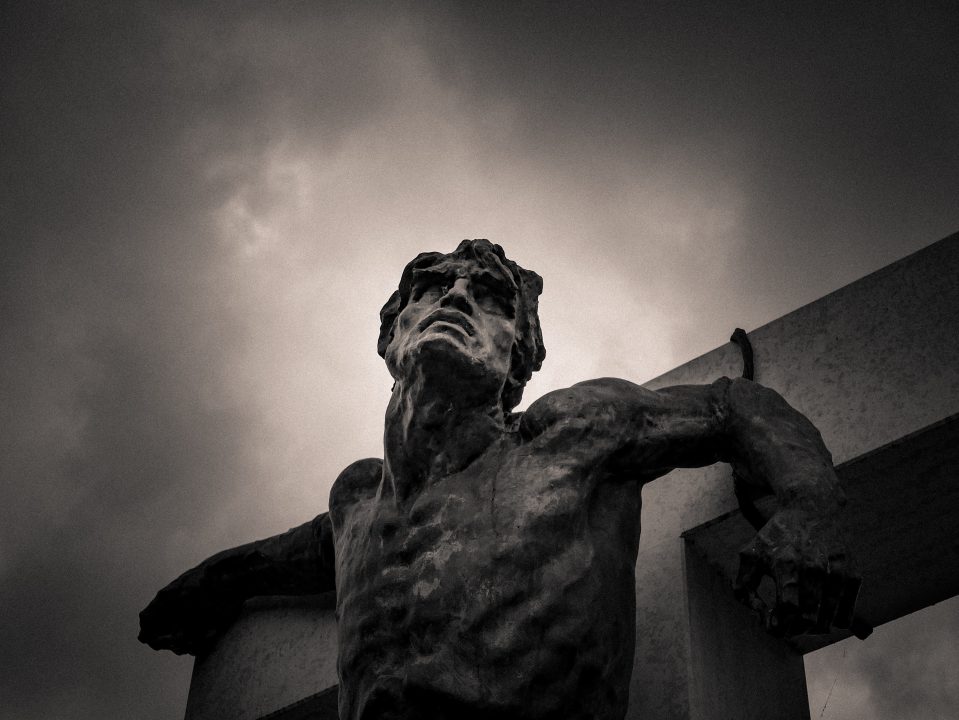 I was reduced to tears while preparing this reflection as I listened to Martin Luther King Jr, who preached a famous sermon, on our very human desire to be first, to be important and respected among our peers.  We hear about this directly in Mark 10:35-45 with the cringeworthy request from James and John seeking preferment and patronage from Jesus, to be first among the disciples.  Perhaps this was privilege and entitlement making a claim among Jesus’ friends.  Martin Luther King called this desire, the ‘Drum Major Instinct’.  King preached about this text at his church, the Ebenezer Baptist Church, Atlanta, GA on the 4 February 1968, 2 months before he was killed. And this sermon is well known as the sermon where he foretells his own death.

This week’s Gospel reading invites us to join with Martin Luther King Jr., keeping company with Jesus and his disciples as they walk along the road to Jerusalem.  Jesus takes this opportunity to tell the disciples in great detail for the third time, what was going to happen to him when they arrived at the city.  The Son of Man would be handed over to the chief priests and scribes, their own religious authorities, condemned to death, handed over to the Romans, mocked, spat upon, flogged and killed ‘and after three days he will rise again’. (10:34)

It is within this context, James and John, the sons of Zebedee come to Jesus and ask to sit beside Jesus in his glory as the most important in his kingdom.   The disconnect between Jesus’ discussion of his impending torture and death, and the two men’s request for glory, honour and power borders on the ludicrous.  Jesus must have been shaking his head in disbelief as the two men ask Jesus for a favour.   Jesus asks:

In his sermon, Martin Luther King starts off gently enough by highlighting the behaviour of those who want to be important, wanting to be first, wanting glory and status.  He reminds us clearly our desires are shaped by our culture, society and our neighours, with whom we live in competition.  We want better cars, houses and schools for our children, more possessions, money and status, to be more important and better, so we may lord it over others, and show off our glory to those around us.

This is a very human desire to be first, to be better, to be more important, to be ahead of anyone else.

But Jesus said to them, ‘You do not know what you are asking.  Are you able to drink the cup that I drink, or be baptized with the baptism with which I am baptized?’  (10:38)

The word ‘baptised’ is literally translated as submerged, immersed, to be completely covered over, drenched not only in water but in the suffering, Jesus knows is awaiting him.

Our imaginations perhaps pull back at his description, as we hear Jesus’ describe the last few days and hours he has left; what is to happen to him as he deliberately walks towards his death, because of his love for humanity. Jesus is betrayed by his friends, his disciples, with whom he has spent the last three years.  He is mocked and humiliated, abandoned, denied, beaten, given a travesty of a trial by his own people and the Romans and then killed in the most brutal way possible in state sanctioned murder.

As we think about Jesus’ suffering, and perhaps reflect on our own stories of suffering and grief, we know Jesus is taking us to places we would rather not go, like the disciples who would rather talk about other things, something, anything else.  Yet, we are invited into this moment as disciples to keep Jesus company knowing Jesus keeps us company in our own dark, suffering places.  Like Jesus, we may find ourselves submerged and completely hidden by the suffering, our own and the suffering of our beloved ones, powerless to change the circumstances, without glory, calling to God to take this cup away.

James and John completely miss the mark.  The other ten disciples are outraged.  These two men had pushed to the front, yet the answer Jesus gives is not what they imagined.

In those days, when sitting at the Emperor’s table, a cup would be passed to the honoured guest after the emperor had drunk from it, to indicate honour, pre-eminence and glory for the guest.  This cup from which Jesus drinks will be passed to his disciples at their request.  Jesus reminds us to drink from his cup means a very different definition of honour.

Martin Luther King, like Jesus reminded us, we all come to death just as he saw his own.  Just like Jesus.  But we can choose how we live and we can choose how we die, in love with and in God and our neighbours, or in love with ourselves. King said to his congregation, at his funeral, he did not want to be remembered for his Nobel prize, his education, his worldly achievements or his importance.

King then asked his congregation to embrace the Drum Major instinct, and to embrace it radically, differently and to do so without fear of judgement.  King said he wanted to be remembered as being first with his commitment to justice for Jesus’ sake, to be first for his love for his neighbour for Jesus’ sake, to be first for his desire to serve like Jesus.  So we are invited radically to turn our instinct to be first and to be the most important, into the way Jesus invites us, not as this world invites us.

As we reflect on the choices we have made in our lives, let us be first for these things Jesus loves and not because of our consumption and greed, our ignorance, judgement and hatreds, or our fear.  Jesus reminds us:

And let us be clear, Jesus died because humanity could not bear his love, his radical, all-encompassing love, in which there is no darkness, no hatred, no exclusion.  He died because humanity could not hear his message, to embrace the drum major instinct to love beyond everything, to love first and last, the last and the least, to ensure love is the most important thing to do and be in life in serving others.

God’s love is so certain, we have no need to impress or create status or wealth in order catch God’s attention.  This is why everyone can find Jesus.  There is no need for anything else, and everyone can be as Jesus invites, by serving, sharing, faithfulness and love, whoever and wherever we find ourselves.

Loving service then as a ransom for others, is all and every action liberating people from hatred, discrimination, privilege, exclusion and rejection.  It recognises and welcomes them home into God’s kingdom. This liberation denies the power of oppression, suffering and slavery. This action of loving nonviolent service does not mean a passive behaviour of avoiding conflict and ignoring wrongdoing, giving in to the powers challenging God’s purposes for the last ones, to keep the peace.  The glory to which Jesus refers is not the riches of the rich man who had many possessions, or the lording over Gentiles by their great rulers.  The glory comes with suffering arising from loving and serving the vulnerable and the least ones.  The glory is not in the suffering itself, but in the reversal of fortunes wrought by God through loving service.

And as we wait at the foot of the cross with Jesus as he dies, we discover after all, those who share his glory are the two thieves, one on his right and one on his left, one of whom he promises to see in paradise.

Jesus’ message is very simple.   Being first in God’s kingdom is given in loving service, vulnerable, honest, real and practical.  Yes, it will take us to the cross and, yes it will take us beyond in the hope of the risen Lord.