Refugees and Fleeing from Danger 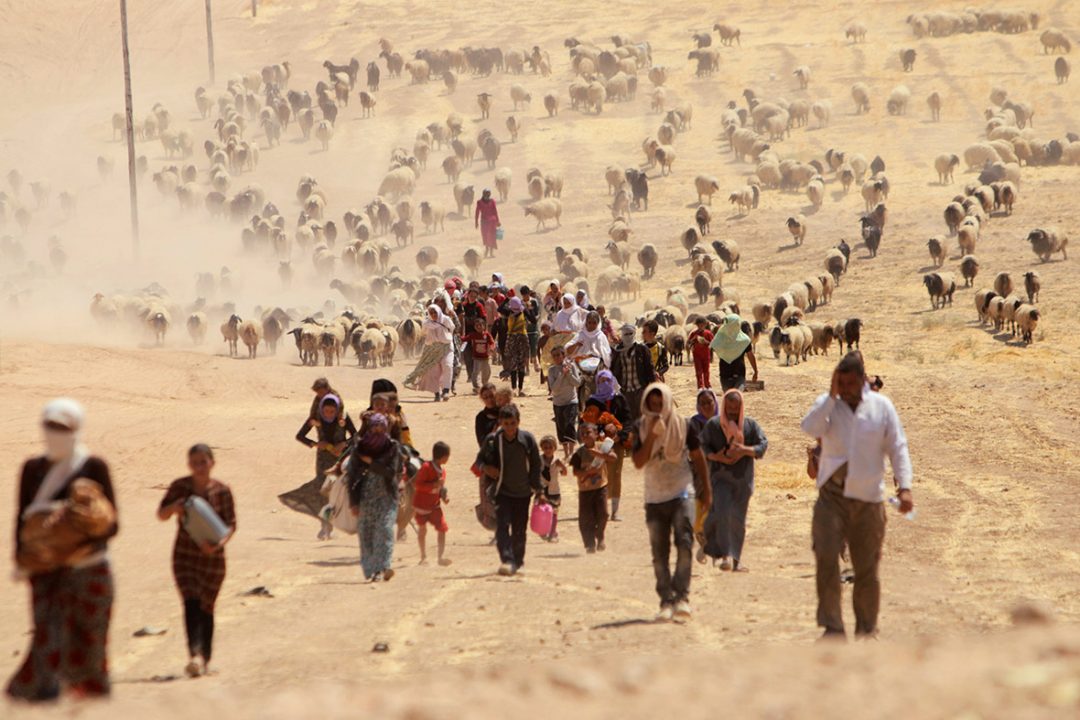 I have been reflecting on what it must be like to be a refugee and outcast. As we journey through Advent as God’s people today, it is worth remembering Christianity is unique among world religions because it does not need land to exist.

In the New Testament tradition, the people of God are no longer a specific ethnic or national group; we are drawn from every tribe and nation across the world. God’s Church does not need land, such as the physical land of Australia to exist, for its land is the commonwealth of Heaven.

New Testament writers consistently speak of the Christian community as aliens and pilgrims (1 Peter 1:1). While we are in this world we do not belong to it.  God has chosen us, out of the world. We are like all other refugees and asylum-seekers, merely passing through.

Here on earth, we are among the marginalised, the alienated, the discriminated and the persecuted.  We are bereft of earthly power of force of arms, our hope for all our living is in God; our dependence is on God, for God is our shield and protector. Let us imagine such a thing!

Malachi speaks of God’s judgement on those who do otherwise:

“Then I will draw near to you for judgement:  I will be swift to bear witness against…those who swear falsely, those who oppress the hired workers in their wages, the widow and the orphan, against those who thrust aside the alien and do not fear me, says the Lord of hosts.” (Malachi 3:5)

There are two stories I am using to explore these ideas: the story of Hagar, told in Genesis. Hagar is the servant of Sarai, second wife of Abram and the mother of Ishmael. She is rejected and despised as a woman, with a story of bondage and oppression. The other story is of Mary and Joseph with Jesus, fleeing to Egypt to escape Herod’s killing fields.

The story of Hagar has long been overlooked as it does not fit neatly into themes of divine liberation and covenant. It is no accident the retelling of her story is done by women who are poor, outsiders and objects of oppression by other women.

We are told Hagar was an Egyptian slave woman far from home. Pressed into service as Sarai’s maid, then given to Abram, she mothers Ishmael, Abram’s first born child. Twice she is driven into the desert by Sarai’s harsh abuse.

The first time, Hagar has an experience of God that leads her to return so the child she is pregnant with will survive. However, this encounter with God is absolutely not an encounter of liberation.

It is a story of oppression, with one woman’s exploitation of another. The devastating effects of economic, class and race prejudices within a patriarchal society, where ruling men and the begetting of sons is the prime importance, make this a terrible story of sorrow and pain.

God’s angel tells Hagar, to ‘return to your mistress and submit to her’ (Genesis 16:9).  It is a story of a strategy for survival.

The second encounter is when she is near death. Hagar has fled into the desert seeking to return home to Egypt. Both she and her child are rescued by God with a divine promise for their future. It is a life changing encounter with God ‘seeing’ her and Hagar ‘seeing’ God and as the first woman described as naming God, as ‘The God who sees’. Hagar and Ishmael are saved. Hagar returns to Sarai and Abram again.

Hagar was not rescued from her environment, she wasn’t liberated like the slaves from Egypt, but through her encounter with God, she found ways to survive and create a future, even though oppression continued.

Hagar’s story is similar to tens of millions of women in our world today, in circumstances of poverty, sexual and economic exploitation, surrogacy, domestic violence, homelessness, rape, motherhood, single-parenting, ethnicity and meetings with God.

Today, Hagar is the domestic servant thrown out of the house by her mistress because she bears the child by her master whom she was powerless to resist.     Taken as an object, discarded as an object, Hagar is the thousands of girls working in rich or middle-class homes who end up abused and exploited by the men of these houses, their male children taken as sons, but their female children often suffocated.   Hagar is also the woman working overseas to send economic relief to the family in poverty back home but suffering sexual assault and physical abuse along the way.

Rather than conclude God has abandoned them if liberation does not arrive, these women’s sense is, ‘God is here with them’, which grounds the strength and wits they need to survive and build a better quality of life in the midst of dreadful circumstances

As a maid in bondage, Hagar tries to flee her suffering.  Yet she experiences exodus without liberation, revelation without salvation, wilderness without covenant, wanderings without land, promise without fulfilment, and unmerited exile without return. Despite her misery, she keeps on making a way where there is no way.

In Scripture she is the complete outsider, suffering so a religiously privileged couple can succeed, so in the story of faith, Hagar’s story has been marginalised beyond recognition.

For men and women like us also living in privilege, this story of Hagar invites us to see and hear the story of an oppressed and rejected woman who is an extraordinary figure in our history of faith.

It also invites us to hear a call to see afresh the capacity and willingness of an outsider to seek a life with her God that stretches our own imaginations almost unbearably. We cannot see and hear the story of Hagar without feeling her pain and wanting to turn away in shame and grief.

Hagar’s story invites our faith now make room for the foreigner, the one in servitude, the religious stranger, the woman and child as a vital part of our humanity within God.

As we bring Hagar into the cloud of witnesses, visibly, with grief and pain, this action lifts up into view a source of lament and resistance to future suffering, as well as strength and inspiration for all who remember her name.

My second, briefer story is about Mary and Joseph fleeing with Jesus in the night, to escape Herod’s killing fields as he searched to kill Jesus after hearing about his birth from the Wise Men.  In the search, Herod kills all children two years and under in and around Bethlehem to make his own position safe as he seeks to reframe the prophecy of the Messiah.

Mary and Joseph are refugees, without land to which they can belong, who flee persecution, terror, violence and death.

Such stories of danger and fleeing are normal for the refugees today. The grief and lamentation of survivors demands we hear God’s Word stating, ‘let justice roll down like waters and righteousness like an ever-flowing stream.’ (Amos 5:24).

For Malachi, worship of God and being among God’s people is inseparable from working for justice on behalf of the most vulnerable. Worship is hypocritical, disingenuous and indeed, offensive to God, unless it seeks justice for the widow, the orphan, the alien and the poor.

Luke reminds us John the Baptist proclaimed a baptism of repentance for the forgiveness of all our sins; and tells us what we must do as we wait for God’s coming.

“The voice of one crying out in the wilderness; prepare the way of the Lord, make his paths straight. Every valley shall be filled, and every mountain and hill shall be made low, and the crooked shall be made straight, and the rough ways made smooth and all flesh shall see the salvation of God.” (Luke  3:4-6)

We must pay attention as Christ’s followers, preparing the way of the Lord. It is simply not possible for us to sit here each week, claiming to be disciples on the move, and not seek justice with our whole lives, for those whom Jesus described as the hungry, thirsty, the naked, the imprisoned, the poor, the widow, the orphan and the alien, the least of God’s children.

I started this reflection with the comment that as Christians we do not need land to exist. We are a people who must be on the move irrespective of how comfortable we might be; however much we might resist people changing our status quo; however much we build our theology on our politics.

We are in the story of Hagar as a displaced woman, a refugee oppressed by a faithful couple. We must be Mary and Joseph, a faithful couple with Jesus being displaced and oppressed as asylum-seekers, perhaps killed like that small boy, washed up on the shores of Europe as so much discarded trash.

Paul reminds us in Philippians:

“And this is my prayer, that your love may overflow more and more with knowledge and full insight to help you to determine what is best, so that in the day of Christ you may be pure and blameless, having produced the harvest of righteousness that comes through Jesus Christ for the glory and praise of God.” (Philippians 1:9-11)