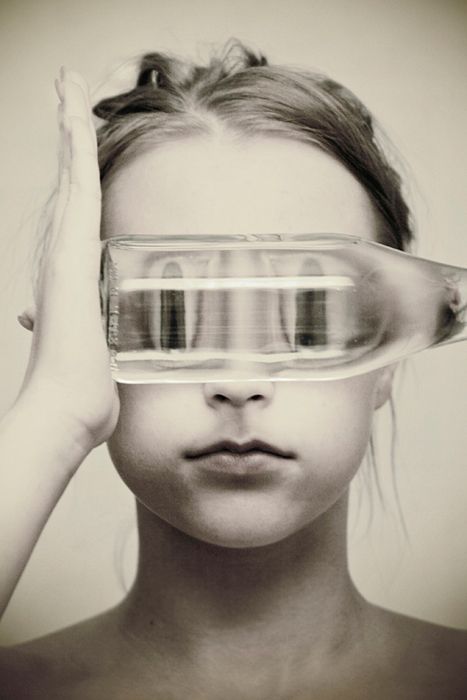 There is something deeply disturbing about the recent discussions of sexism, misogyny, and the claims and counter claims of sexual abuse in this country and overseas. The absolute hatred, disrespect and unwillingness to see any redeeming merit in the arguments for respecting women is terrifying and horrific.  I have been staggered at how wide the gulf is in some places between men and women and it makes me nervous.  When I think about it as I have been doing for this reflection, it frightens me.

It seems to go beyond cultural customs, beyond normal (!) acceptance of our gender roles.   It is absolutely about power ‘over’ some ‘thing’, someone else, the capacity to control, terrorise and make invisible; and the tightly held capacity and feral intent to turn the woman, the ‘other’ into something less than human, this the female of our species.

How did we allow this to become so entrenched and so obvious people either never see it or refuse to see it by choice? When did this acceptance in our society of this barely hidden contempt of half of humanity become part of our culture?

It has clearly been bubbling away in the discussions about domestic and family violence in recent years so that it has become a source of public scandal and political gamesmanship.  The experiences of women and children who have been physically and sexually abused and traumatised by such violence over generations, appears to be a right for which men still reach to instil obedience, control and pain; the range of abuse inflicted also includes emotional, financial and social abuse.  The close correlation between sexual gratification and the power to inflict pain and fear is well recognised and feeds this pleasure.  The use of violence and abuse is something with which I am deeply concerned given family and friends have directly experienced such violence personally.  The apparent willingness to use such a range of violence in particular against women not just in the older male generations but in the younger ones too is disturbing.  It says our education and modelling is not making any impact.  The display of violence and the explosion of its discussion has released such appalling trolling on websites and twitter it has made me want to throw up.

I have found myself reliving memories that haven’t emerged for years – the refusal to be given particular jobs I had applied for and should have been given because I was a woman and ‘not having to provide for the family as I had a husband’; they were sorry but they ‘couldn’t take the job away from a man as it wouldn’t be right’; that ‘I was letting down my family by working and my skills were better suited in the kitchen and bedroom’. That one was always accompanied by a leer.  Then there was the time I was grabbed and assaulted, by a man with a public leadership position, with his wife in their family kitchen making us a cup of tea when I’d gone to talk about a particular project we were working on together and which he was leading.  I fled the house and resigned the position and never spoke to him again.  Was that what he wanted?

The catcalls when walking on the pavement that makes one so uncomfortable, the shouts from car windows and eggs thrown, fingers pointed like guns and names called, the ‘put-downs’ by polite and kind white men who refused to see their privilege or hear the tone of their voices. Their refusal to deal with informal and formal complaints of bullying, sexist comments and rudeness. The endless meetings when I was the only woman in the room with systemic organisational structures that do not allow for women to have any power or authority other than that which is handed over meagrely, while expecting gratitude and compliance for the graciousness and beneficence provided.  The male eyes that never meet yours and slide away to look at other men when talking to you, looking over you (I’m not tall) and not engaging intellectually or emotionally, the lack of space to speak among equals, the male CEOs, bureaucrats and politicians who seek physically to overwhelm, subjugate, speak over, ignore and have no civility or manners and who see no need to learn them; the indignities of the workplace and community groups;  the invisibility of personhood that has been a consistent story for me and for all women as they fight and battle and grieve for what has never been.

And mine is a minor story. I have had good men and women also working with me and for me who have been very different to this, equally appalled and horrified by what they see and witness in the system, who have joined in the struggle to change our culture, and who have shown me and taught me that this is not the only story and it is possible to believe that it can be different. But, I have countless stories from other women of all ages who are similar and worse to mine.  And I find myself crying and grieving, so angry and saying, yet again ‘No More’!

Arundhati Roy said it beautifully ‘Once you’ve seen it, you can’t unsee it’; and it was there when I read it, that the sense of my life journey began to take shape and be formed. At the end of the 2003 World Social Forum in Porto Alegre, Brazil, Roy delivered a now legendary speech titled “Confronting Empire.”  At the end of here talk, she said: “Another world is not only possible, she’s on her way … [On] a quiet day, if I listen very carefully, I can hear her breathing” (Arundhati Roy: The Chequebook & the Cruise Missile 2004:xii).

This, together with other women and men over my life who have helped shape my thinking, and my own faith in a God who is radical, radical with God’s own sense of justice – not man’s; subversive in the way this emerges, tipping the world and the status quo upside down. A God who asks for love, justice and justice-making, compassion, non-violence and true peace.

It has meant that there are particular battles from which I cannot and will not walk away. With so much discrimination, violence and power abused and misused in our world today, there are many different battle lines drawn up across our society, culture and around the world. We find ourselves in the front lines and stand with others, witnessing to the world in mourning wherever we  find our particular life’s work.

The fact that Jesus spent most of his time talking about the corrupting influence of power, wealth, status, privilege and race rather than on the subsequent focus of generations of men terrified they would lose their power, who turned it onto sex within and outside of marriage, and the dehumanising of women and those outside of the sexual rules, says a great deal about their pathology and fear.  His stories about the widows and orphans, the poor and the destitute, the marginalised and the alien speak powerfully into our world today.

The capacity to keep my sense of who I am, what and why I am, comes from my faith. The capacity to keep fighting for gender justice and speaking out against such horrific treatment of women and children, who are other human beings, irrespective of race and economic capacity, seeking asylum, trafficked, bonded, sold in marriage, uneducated and poor, without human rights and body rights is a narrative which we cannot choose to walk away from and ignore in our culture and society, let alone elsewhere.  Until there is equity and justice, respect and non-violence between human beings and God’s creation, our world is less than it should be, less than God desires it.  It is less than you and I should settle for in our lives.  I join myself into God’s desires for us and for the world, working for God’s purposes.

It is time the rhetoric of locker rooms, and BBQs, of classrooms and sitting rooms, of fathers and sons, brothers and uncles, grandfathers, husbands and partners, colleagues, friends and of all men to stop defending the indefensible and see the world as half of the human race has seen it and experienced it at their hands whether directly or indirectly, benefitting from the generations of privilege that has constructed a very male world.

And to those men and boys already engaged in the fight, my heartfelt thanks to you for all you are doing and it is good to be walking this journey with you as my brothers.  God be with you.