Shining a Light into our Darkness

The Gleanings of the Field

Hope in Times of Despair 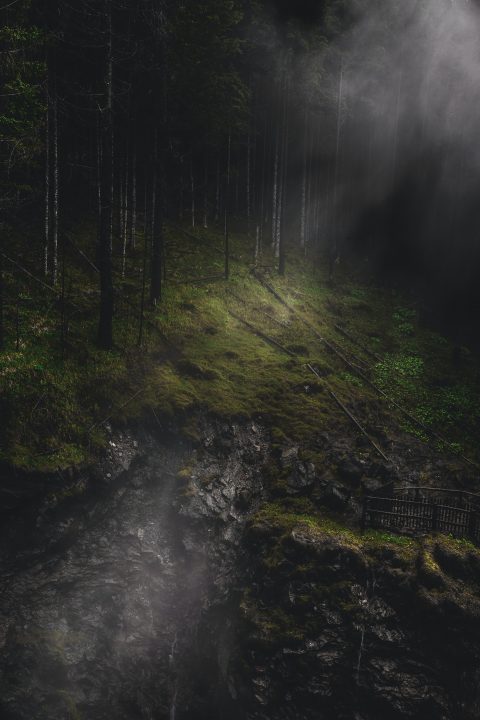 A few years ago I was driving home late one night listening to the radio after attending a function in Perth.  The host was speaking to a man working in South Africa’s townships among the most desperately poor and dispossessed who were still without power, decent housing, regular jobs and healthcare.

The man being interviewed was a white South African who had been part of the white apartheid system.  He had actively participated as a senior police officer crushing any opposition. After the system was ended, he had voluntarily appeared before the Truth and Reconciliation Commission led Archbishop Desmond Tutu.

This man had come to realise what he was doing was wrong before this apartheid world changed; he struggled with depression and despair.   His family had broken under the pressures of all the changes and the increasing self-awareness about their own collusion in the system that benefitted them and which had ruined so many lives.  His wife and children had left him because of the significant mental changes he underwent as he rejected his previous commitment to apartheid and its maintenance by state sponsored force, torture and death.

In the years after the Truth and Reconciliation Commission hearings, he sold everything he owned, living very simply and at the time of the interview, had for several years owned a small van, which he filled with supplies and he spent his days in the townships, providing food and relief, helping others to rebuild and trying to make amends for his past actions.  His quiet voice speaking on the radio about his change of heart and commitment to his new life to put right his wrongs was powerful.

In reading Jesus’ parable of the ‘Weeds among the Wheat’ in Matthew’s gospel, I remembered this interview which now shapes my reflection. (Matt.13:24-30, 36-43)

I think until we stand with the disciples in their field, being threatened with the powerful forces of destruction, persecution and systemic discrimination, we cannot understand the various ideas described in this parable: the field, the slaves, the good seed and the weeds, the reapers with the harvest and the evil one.

As we look around the world today, at the #BlackLivesMatter movement in the US, Australia, Europe and elsewhere, I realise with enormous sadness we are not used to seeing ourselves as the weeds.   Yet this is often our dominant way of living without any awareness or care that this how others see us.

So I want to start with you at this difficult point as I reflect on evil.

You and I are white, we are the dominant power in this country.  We have choked and denied our Indigenous brothers and sisters their very lives and existence; we behave and think like this with people of other races including refugees and asylum seekers.

In the US and UK, it’s the same for everyone who is not white.

If I bring it closer to home, the church has a long and tragic history of camouflaging evil with religious justifications.  We have been known to bless war as holy, bless violence as redemptive, hide sexual abuse to protect powerful men and the institution, and it has sanctioned hatred of particular groups, as if such a thing could be ordained by God.  Evil has taken root in God’s fields.

These destructive forces have become so normal in our thinking that even when it’s close to harvest time we have no idea we are dealing with something evil.

Hannah Arendt describes this in her book, ‘Eichmann in Jerusalem, A Report on the Banality of Evil’ which highlights the way we live with evil and call it normal.

Evil is as common as grass and as predictable as the evening news and we do not see it.

In Germany, the vilification of the Jews and the Nazis’ genocidal plans were seen as ordinary, normal and accepted, and we still don’t react when similar plans are promoted today.

And just as the law in civilized countries assumes that the voice of conscience tells everybody “Thou shalt not kill,”, even though man’s natural desires and inclinations may at times be murderous, so the law of Hitler’s land demanded that the voice of conscience tell everybody: “Thou shalt kill,” [….]  Evil in the Third Reich had lost the quality by which most people recognize it – the quality of temptation.  Many Germans and many Nazis, probably an overwhelming majority of them, must have been tempted not to murder, not to rob, not to let their neighbours go off to their doom, […] and not to become accomplices in all these crimes by benefiting from them.  But, God knows, they had learned how to resist temptation.

All this helps me understand we are often the weeds in the fields, an acceptance which makes an uncomfortable reflection for us all.  Saul persecuted Jesus’ disciples and took an active role in stoning the first martyr, Stephen.  We are told:

Saul approved of their killing him.

With Saul, we have a man who had actively participated in the persecution, torture and state and religiously sanctioned deaths of the first followers of Jesus; yet Saul’s life is turned around by Jesus.

Saul, still breathing threats and murder against the disciples of the Lord, …was going along and approaching Damascus, suddenly a light of heaven flashed around him.  He fell to the ground and heard a voice saying to him, “Saul, Saul, why do you persecute me?”  He asked, “Who are you Lord?”.  The reply came, “I am Jesus, whom you are persecuting.

Although the enemy has sown weeds among the wheat, God never gives up on us nor Saul as either as weeds or as wheat because of God’s love.  As we realise it is always Jesus we are persecuting, it becomes possible for us to change.

Jesus knew weeds.  Jesus was a poor Jew who grew up among a powerless minority group.  He saw life from the vulnerable land of injustice and suffering, not from a manicured garden of privilege and power.  The Jewish people were living in occupied territory.  Many had been made slaves.  Land owned by generations of families was taken from them without permission as occupied land.  Roman rule had control over most aspects of their lives.  They were losing livelihoods and work.

The Jewish people were ready for a Messiah who would turn the world upside down, defeat the Romans and start a new chapter where they would be triumphant and in control.  Violence creating more violence, hatred and vilification.  And although this is what we still seek, Jesus showed them and now us, a different way.

It seems to me as we listen more deeply and more carefully to the parable of the weeds, we may in turn be like the man who went to the Truth and Reconciliation Commission to tell his part of the story and to say sorry.  This man was finally able to ask the same question as Saul:

He asked, “Who are you Lord?”.  The reply came, “I am Jesus, whom you are persecuting.”

Like Saul and the South African man, once we realise it is Jesus whom we have been persecuting, discriminating against, eradicating, vilifying, killing and crucifying in our treatment of black people, poor people, refugees, people of different sexualities, women included in our long list of poor and disposable people, it is at this point the #Blacklives matter movement starts to make sense so we march!  The campaign for refugees to be freed becomes essential, the discovery of violence against women is no longer simply a statistic we can gloss over, the vilification of people of different sexualities becomes abhorrent and over the noise of the protests, we can finally hear Jesus reassuring us:

Then the righteous will shine like the sun in the kingdom of their Father.  Let anyone with ears listen!