Hope in Times of Despair 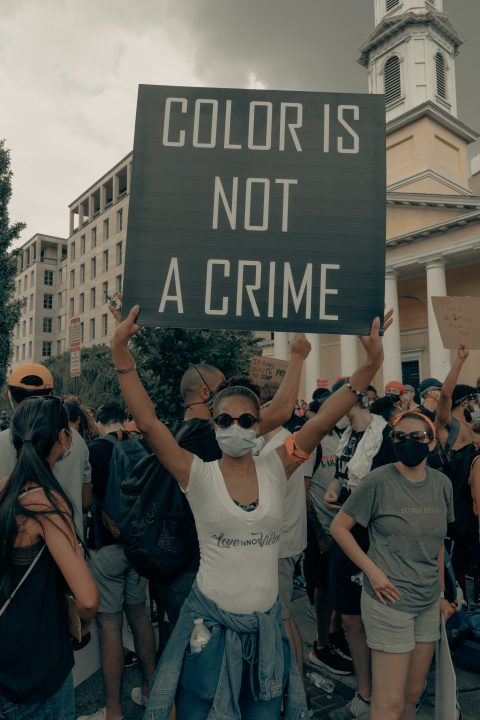 There is an extraordinary poem written by Dr Leah Schade, a minister in the Lutheran Church in the US called: ‘The Canaanite Woman Took a Knee’ which this week has helped me to read through the Gospel text Matthew 15:21-28.  A gospel text about the Canaanite woman who dared to ask for healing for her daughter and who was on the receiving end of a culturally rude, crude response from Jesus and his disciples. A text which disturbs and distresses us as we hear the pain of the woman in her interactions with Jesus and his disciples, and then relieves us as we hear the outcome.

The temptation is to slide through the uncomfortable aspects of the story and focus on the outcome, as Jesus comes through the challenge and all is well for the woman and her daughter.

But I think it’s important we stop and experience the discomfort caused by ugly nature of Jesus’ initial response and think about what it feels like for us; and, how we respond when we see and hear such behaviour around us today.  Are we the disciples, the woman or Jesus with our responses in this story?

As we step into the narrative, we hear Jesus and his disciples were together in the district of Tyre and Sidon when this foreign Canaanite woman started calling out to attract Jesus’ attention. The instinct to ignore her or tell her to go away is overwhelming. Jesus is silent.

You can hear and see the immediate responses in the disciples’ advice:  ‘she’s hysterical, she’s embarrassing herself, she’s foreign, what do you expect, she can’t control herself, who does she think she is if she expects the master to heal her daughter when she’s not one of us, she’s a woman she should be at home, her daughter has a demon, how awful, thank goodness its not us…..’.

Jesus responds calmly, laying out the limits most reasonably, exercising male privilege and power in his rejection of her vulnerability and plea.  Calm in the face of her despair and passion, he mocks her with his dismissal.

The woman confronts him, kneeling in front of him, refusing to give way.

Now Jesus can’t walk round her without being really obvious about his disgust and rejection; and the disciples are watching, and likely thinking: ‘How dare she? She should be ashamed of herself.’ They are outraged.

Jesus needs to deal with her so he can continue on his way with the disciples.  Her pleas for help and physical proximity have finally stopped him.  He focuses and refuses her again:

The unnumbered years of humiliation for inappropriate women who don’t know their place, for people who are foreigners, of other races, who are outsiders who should know when they’re not welcome, are summed up in that blunt statement.  Jesus expects it to be the last word on the matter.

She absorbs the shock of being called a ‘dog’.  Years of practice in responding to insults and discrimination have taught her not to let the moment slip by as those who insult often watch to see and enjoy their impact.  She has learned to ignore it. The woman replies immediately:

Yes, Lord, yet even the dogs eat the crumbs that fall from their master’s table. (Matt.15:27)

A moment of stillness and the world shifts and changes. We hold our breath as we reflect on both God’s humanity and God’s divinity. The woman wished for healing for her child and was seeking it at great cost.   Jesus finally sees what he has done and is doing to her and immediately responds differently, with justice and respect.

Then Jesus answered her, ‘Woman, great is your faith!  Let it be done for you as you wish.’  And her daughter was healed instantly.   (Matt.15:28)

In our world today, I wonder where this story is being repeated in our culture, community and church.   Where have we been confronted by another’s pain and responded badly like this?

Our indigenous sisters and brothers have long been pushed back and ignored as we pass by.  They were not even considered human until the 1960s, nearly two thousand years after Jesus refers to a Canaanite woman as a dog.  We have our own #Black Lives Matter movement in Australia to which we must respond.

Refugees and asylum seekers knocking incessantly on our doors asking to be let in. We ignore their humanity, they are simply numbers in the concentration camps, taken away in the night, shut out of sight, as we wait for them to die or give up and go home.  The family from Biloela whose mother and small daughter have been ill, and who are much loved by their community, are a family for whom Australian justice is being denied.

People with different colour skins constantly being racially abused, people of different sexualities considered wrongly created, single mothers and girls are among the dogs currently under our table.  Who else is still under our table with the dogs rather than sitting and eating at the table with us?

In this story, we struggle to recognise Jesus as this culturally constrained man, rude and unkind to a woman of different ethnicity.

Our image of Jesus is of a man of compassion, consistent in his work and message of God’s love and for justice and righteousness, concerned for those who are marginalized, oppressed and excluded.  Yet here we see his poor behaviour and speech on display.

It is now we can come to the point of the story, the liminal space in the interaction between Jesus and the woman, where there was a pause.

Many commentators suggest perhaps the exchange was humorous and the joke was shared by both of them.  With my 21st century eyes I am not totally comfortable with that interpretation as we have painfully learned, such humour simply reinforces poor behaviour in those around us when we let insults and racist or gendered discriminatory commentary slide past us without it being challenged.

I remember the prayer we say later in our worship service which comes from this story, as it acknowledges the pain, humiliation and the shift into humility of all involved.  The pain has been acknowledged, the grief understood, the acceptance of our own failings, our repentance and God’s compassion are all evident.

As I reflect on Jesus, the Son of Man, Son of God, I am heartened and glad to have this story included in the Gospel.  I can see and hear the Son of Man breaking free of the constraints of his culture, his time, place and learning and responding with God’s love.

I can see a man being persuaded by those around him into certain behaviours without any questions.  He then refuses to join in as he truly listens to the woman, realises his response was wrong, disrespectful, unworthy of God and immediately gives her what she is seeking without further demands, honouring her absolute commitment to her child.   Jesus speaks directly to her, breaking all the social rules:

Although much of this story is still being practised by many in our communities, in our culture, church and in the world, let us be in no doubt.  Jesus is unequivocal in his response.  Once he realises what has happened, he is clear about what needs to be done and he does it. And so also must we.

I, like the Canaanite woman will not give up in this world of God’s.  We must not ignore what is happening around us.  Like Jesus, we come to see what is wrong and not acceptable and our task and response to God’s message is as clear now as it always has been, for ever.