The Biggest Catch of Your Life!

‘…And the greatest of these is Love!’

A Message of Hope, The Certainty of God’s Love! 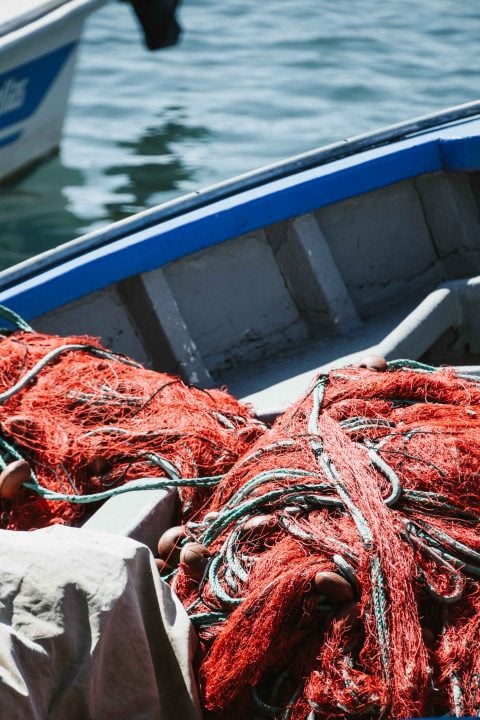 A line in the Gospel reading (Luke 5:1-11) resonated powerfully with me as I prepared this reflection, when Jesus said to Simon:

‘Put out into the deep water and let down your nets for a catch.’ Luke 5:4

The first century listener would hear in Jesus’ direction to Simon to head for ‘deep water’, a reference to the chaos in Genesis 1.1-2 as we read:

In the beginning when God created the heavens and the earth, the earth was a formless void and darkness covered the face of the deep… (Genesis 1:1-2)

God is speaking the universe into creation, forming out of chaos, a universe which is still being created.  Those hearing the story of the calling of Simon, James and John as disciples in the early church would also have remembered Jeremiah’s writing:

I am now sending for many fishermen, says the Lord, and they shall catch them; (Jeremiah16:16)

As I read the Gospel text and this line about ‘deep waters’, I am also aware of the increasing undertow of violence and hatred in our world.

Richard Fidler wrote in his book, Ghost Empire (2016) about the spiral of violence and despair, and his description raise the hairs on the back of my neck.  He wrote about the violence in the time of Justinian in Constantinople, which was also reflected in:

“the Jacobin terror in revolutionary France, Indonesia’s year of living dangerously, the Kristallnact of the Nazis, the Rwandan massacres.  In such moments, death becomes as commonplace as eating and drinking.  Passionless political killing mutates into casual murder for pleasure, and something unravels as the sight of helpless people invokes not pity, but its opposite, a kind of smiling contempt.  The killing picks up momentum and corpses pile up until death has had its fill and can consume no more.” (2016:212)

It’s a bleak and terrible description of what happens when chaos becomes our chosen norm for humanity.

So God’s invitation to us to put down our nets into deep water for a catch seems risky, unfair, chaotic and unrealistic.  What does this request feel like and sound like for you now, in our world today: a world troubled by increasing violence, hate speech and intimidation because of the pressures of the covid pandemic; the threat of war between Russia and the Ukraine with neighbours lining up on either side; the flexing of powerful national muscles by China with its neighbours; and, our own homegrown inclination to violence over what governments are asking of us and what we are asking of one another.  In my bleak moments, I wonder is our story going to be the one Richard Fidler describes.

You might well be asking God as I do occasionally, what depths must I plumb, and what chaos must I acknowledge and live into, and what can you and I do in the world?  Is this too many questions to ask? Are you beginning to push God back as you feel unsafe and you lose sight of God’s love for you and your neighbour in this difficult time; and is discipleship too demanding and radical for you to commit to anything beyond your need for comfort now?

God often reminds me our vocation comes to us in the middle of our everyday lives, not apart from it, not separate, but in the middle.  We do sometimes need to take time out, to listen to God inviting us to live into God’s kingdom, just as Jesus does, regularly as he prays.  However, God does not wait for the times when life is settled and still before God calls us.  God finds us where we are, whatever we are doing, and shows us something, often with the very materials of our everyday time and place to catch our attention and throw us a new challenge.  Will you catch the challenge though?

Simon himself, was dubious about the effort Jesus was requesting and the promised results:

Master, we have worked all night long but have caught nothing. (Luke 5:5)

Is this perhaps your answer too?  Master, I have laboured hard, the community is not responsive, the children are not coming, the conversations are too hard, I’m retired, my work is too busy and its too difficult, I don’t have time, energy or life.  Yet Simon, having listened to Jesus over recent days as Jesus’ companion, decided to give it a go:

Simon dropped the nets once more out into the deep water, weary after a long night and busy morning, cleaning the boat and washing the nets, with nothing to show for their labour.

Immediately, the nets are filled to bursting, so much so, Peter calls to his mates, to James and John to bring their boat alongside his to help, and their nets are also filled and both boats begin to sink; and this is beyond any coincidence.  This catch is not usual or explainable.  The extravagant size of the fish caught points clearly to the abundance of the coming Realm of God.  Simon Peter is beside himself with shock and amazement and falls to his knees:

This was not a plea for forgiveness, but an exclamation of awe, respect and inadequacy in the presence of the Holy.  Jesus does not offer absolution but invites Simon Peter to drop his fear.  Simon Peter has heard God calling.  Jesus responds not with moral cleansing but with the invitation: ‘Do not be afraid.’

Like the three fishermen, we must be open to God’s presence to see and hear God beckoning us toward a new future, a new form of service.  Like the weary men, we do have to do something to receive our calling.  The men put their boats back out into the deep waters at Jesus’ request.  Like them, we must be open to the voice of the stranger, the wandering wise one in our midst.  God may come in the form of a literal stranger, or through a friend, or in our own inner voice which we have silenced as we seek instead to keep pace with neighbours, fulfilling our own desires, but at the expense of not deepening our own lives.

Like the disciples we must throw our nets into the deep waters.  Shallow, tentative paddling is not allowed if we are to discern where God is calling us.  This requires us to take risks.   We could fail and come up with nothing.  The boat could capsize.  However, the nets we have fashioned for our safe, contained, settled lives might also break under the weight of our unlived lives.

When we risk what we have known for the sake of God’s call we will be given the abundance we need, living out of love for God.  Living into our vocations may bring hardships, but there is a kind of suffering and ‘quiet desperation’ which also comes with keeping our lives small.

So, your next question might be to enquire politely of God:  Who am I to confront the church or the city council or the government with the possibilities of the Realm of God?  What can our small community do to affect racial reconciliation or systemic poverty, violence or homelessness.  Yet, I am reminded, Jesus is literally in the boat with us, and the power of God is already working through us.

As long as Simon Peter and his companions are simply fishermen, they are the equivalent of middle-class business people enmeshed in this world with only as much security as this world can promise – which isn’t much.  They can fish all night and will come up empty.  Jesus calls Simon Peter to leave behind the familiarity, values and behaviours of the wider society with its idolatry, exploitation, manipulation, injustice, scarcity, violence and death and to live now as if the Realm of God is already present, with the living God, loving and believing all things, including mutual solidarity, justice, peace, love and life.

Finally, imagine walking away from the biggest deal, the greatest catch, the most impressive promotion, from a lottery jackpot, because you have just received a better offer.  Imagine!