The ‘Closing the Gap’ myth 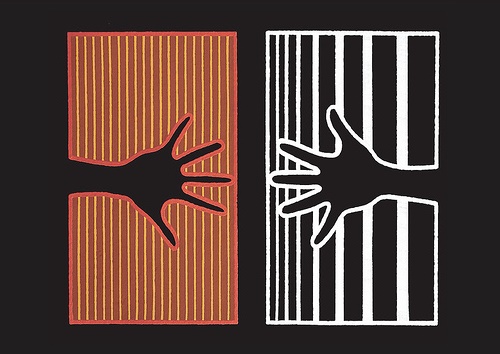 I have become increasingly worried over the last few days as we have had more disturbing news about the health, place and progress of our indigenous community in Australia.

The Australian Institute of Health’s report on the health and welfare of our indigenous community makes terrifying reading in any context, but in a western developed country it remains a national shame.  It makes it clear we have a community within our midst whose third world living conditions continue to be hidden, and fail to be adequately addressed.  From deaths in childbirth to kidney failure and diabetes, indigenous health levels are poor against any standard.

The Closing the Gap program annual report, the latest which is so disappointing, appears to be making no progress in a number of its key indicators, including life expectancy with the target becoming even harder to reach as the gap has widened instead of narrowed.

The reminder there are two thirds of our indigenous community who die before the age of 65 is a horrifying statistic, especially when we put it in the context of the increasing demand for us all to work until we are 70.  For our indigenous community, this means dying on the job.  For us at Baptistcare, it means ensuring our services and facilities are meeting the needs of a much younger cohort, who are, for all intents and purposes, amongst the frail aged at 55.

But this disparity is not only at the end of life.

Both the ABS review into our national prisoner profile and the recent Amnesty International report on indigenous incarceration raise serious concerns about the level of indigenous children we jail in our country, and in Western Australia this level is increasing.  There is no Closing the Gap indicator on incarceration.

The human cost of incarceration of minors is enormous.  In Western Australia, the indigenous child detention rate is twice as high as the Australian average, with indigenous children comprising around 78% of children in detention although only 6.4% of our juvenile population.

What can we do as a community to address this?

Our mandatory sentencing laws are certainly part of the problem.  I wonder what it says about a society where incarceration is seen not as the last resort but the first resort. Urging the state government to review and amend this approach is critical.  We need to ask whether incarceration is in the best interests of the child?  Mandatory sentencing is couched in terms of being ‘tough on crime’, when in reality it appears to be ‘dumb on crime’.  If we were smarter in the ways we dealt with crime, and the ways we deal with offenders, we could well find that the incarceration levels plummet, the reoffending levels drop and the gap begins to close.

In 2008, the Auditor-General’s review of juvenile justice concluded that the 250 children who have the greatest number of intersections with the criminal justice system in Western Australia will cost the State of Western Australia $100 million (in 2008 dollars) when they pass between the ages of 10 and 17.  If you are quick at maths, that is $400,000 per child. Inflate that to today’s costs and it is probably about half a million dollars per child. We could send those children to Geelong Grammar and to a Swiss finishing school and still have change.

I don’t think Mr Martin was necessarily espousing that we export our young indigenous children to Victoria or Switzerland but the point he makes is worth considering.  Why would we spend this amount of money on imprisoning our human capital?  This is particularly important for future generations who have the capacity, given the chance and opportunity to access health and education to become positive, contributing members in a shared society in ways that are meaningful to all of us, not just ourselves.

Re-calibrating our approach to justice through investment in systems, supports and services must also take precedence.  Our indigenous community is over represented as the most marginalised and disadvantaged in our community.  They have the least access to education, health and support services.  Culturally appropriate services are limited and scarce and we always end up, providing services from our perspective.  Current federal and state fiscal contraction further limits the availability of services and supports which assist in reducing recidivism and provide much needed community based strategies to encourage young people into education and training.

There is no doubt our indigenous children experience the systemic discrimination rife in our community.   We all know a group of rowdy young people can be a little disconcerting and, depending on circumstances, perhaps a little intimidating.  A group of aboriginal rowdy young people are far more likely to be perceived as threatening than their white Australian counterparts.   We can argue the various forms inquiry, police action and intervention are administered equally, regardless of whether the focus of intent is black or white, but when a ‘move on’ notice is issued to a black homeless youth the outcome is far more serious than the same notice issued to a young white person who can go home, or as in my case, I was wearing a clerical collar as I had been participating in non-violent civil protest action, protesting against conditions in our asylum seeker and refugee concentration camps.   I was dropped politely at a train station and encouraged to go home.

Public Housing policies are evicting young indigenous people at much higher rates than their white counterparts, and this leads to further disadvantage.  Without secure housing, the health and education outcomes for people, regardless of ethnicity or culture, plummet.  For our indigenous community, where homelessness is far more prevalent, the cycle of poor health and limited education simply increases.

If we are serious in seeking to close the gap, then we must take steps to reduce indigenous incarceration, especially juvenile imprisonment rates.  We must engage with community agencies and develop and implement strategies which assist in keeping our kids out of prison.  We must review the systemic discrimination embedded in our justice system and we must develop a target and indicator as part of the Closing the Gap agreement on incarceration of juveniles.