The answer to poverty is Justice! 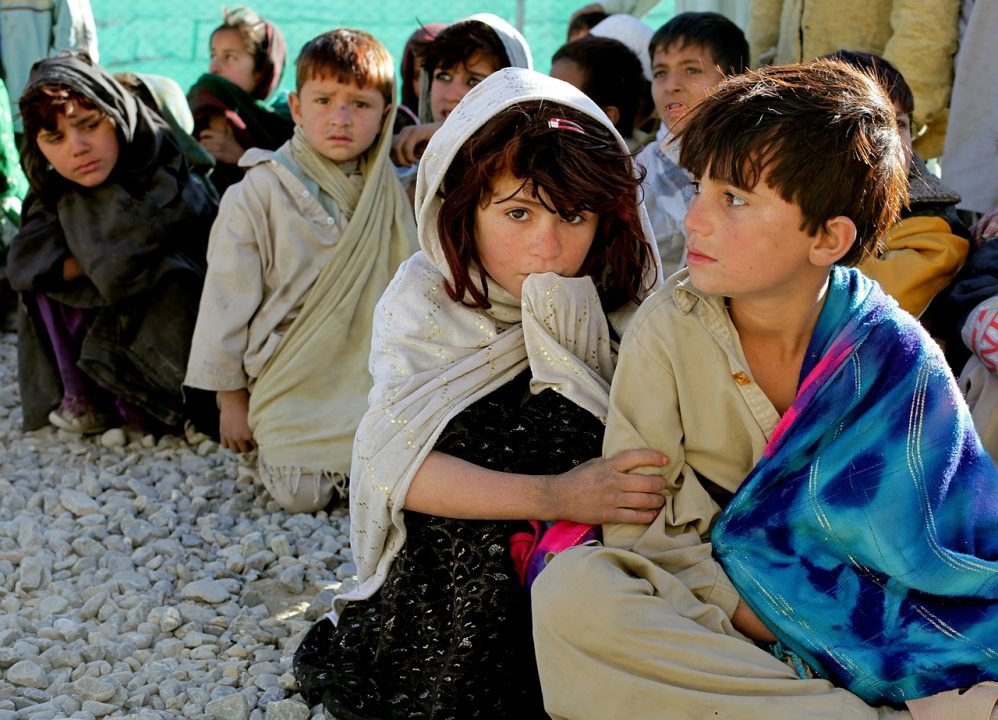 The recent release of the Amnesty Report called “Island of Despair” combined with the Four Corners programme on the stories of children on Nauru – all 128 of them – living among the 1,159 people in the offshore concentration camp and those on Manus Island has sparked controversy once again for the Federal Government. However, neither side of politics has its reputation intact on these specific policies.

The stories in the Report and on the programme contained details of verbal and physical abuse, bullying, violence, sexual abuse, vilification, dehumanising treatment, children being called by their boat numbers and not their names, intimidation, mental illness, poor medical treatment, appalling education support, the removal of hope, the insidious and rampant infestation and take-over of complete despair. And all this for people who have been found to be legitimate refugees.   Children have witnessed self-harming and death.  Rape and sexual violence is prolific.

Scenes of fighting and casual violence on the streets of Nauru compounded the horror of the stories. The normalisation of such behaviour is wiping out a generation of people.  With over 65 million people seeking asylum and refuge, our response is stupid, ignorant and cruel.  To make matters worse, Australia has turned PNG into a dependent state, corrupting its civil society, its people, its governance, its economics and its faith in justice.

The Prime Minister’s denial that there are any children in detention – in Australia – and that the conditions and circumstances of the offshore concentration camps masquerading as ‘processing centres’ are the responsibility of the PNG government is shameful, and specious at the very least.

The Save the Children staff who have risked up to two years in prison for speaking out after working in the camps and running the only school that has now been closed, adds to the shame of Australia’s policies.  Australia now imprisons people for reporting abuse in our offshore camps, behaviour that in Australia would see them jailed if they didn’t report it.

The complete denial of the leading Department of Immigration and Citizenship Bureaucrat of all the evidence and that actually, all is well, contrary to the evidence, is incredible.

The statement by an LNP MP earlier this week that the 2,100 plus reports of abuse are ‘trifling’, is breathtaking.

The Minister for Immigration’s denial that he is presiding over what effectively constitutes torture in camps we established, is profoundly saddening and sets a new low in our political expectations.

Hannah Arendt, philosopher and author, talked about the ‘banality of evil’. This is how she described the failure of imagination in ordinary human beings and their willingness to ignore any evidence of wickedness, contrary to what they are being directed to do.   The corruption of that averted gaze is like a cancer that spreads, hidden while making the life and soul of the organisation, system or the country ill and dis-eased.  Hannah Arendt called it ‘evil’!  The very ordinariness of the individual who participates willingly in this system is what makes it so callously evil.

The capacity to compartmentalise and separate out the different parts of the story, allows such individuals in the system to pretend what they are doing is acceptable and to remove any personal responsibility for their actions.  The trouble is, such excuses and behaviour are not a defence in the court of public opinion or in the court of law.

Hannah Arendt highlighted four defences used by individuals as they reflect on how they resisted the temptation to take action and do what is right:

These are the reasons and excuses regularly provided for those stuck in an abusing system, making the most of the abusing system, for those running the system and for those responsible for the system. However, in this situation, everyone has a choice. I call on everyone to use that choice and stop this continuing.  Its called peaceful non-violent activism.

I call on the Unions to ask their members to reflect on what is being done by them in the different government departments in enabling this unjust system to survive and flourish and where they, to stop doing it;

I remind our politicians to remember there will be a day of reckoning, including yet another ‘Sorry’ to be worked through and restitution provided whether next week or in 30 years’ time; and an International Court of Law and Australian law where these decisions will be tested and overturned in time; and of public opinion that will settle the reputation of this and previous governments on this issue to their shame.

To the companies that work in this industry of torture, I would urge people to check out the campaign ‘No Abuse in Business’ and withdraw their superannuation funds from shares in these companies, ask your local councils not to give them contracts as they are behaving unethically; and to remove any support for these companies until they withdraw their services.

To all of the women and men who mourn with those poor children and families, and who are bravely providing witness to this crime, please write to your MPs, to the Minister for Immigration, to the PM and the Opposition leaders, the Labor Party, the Greens and Independents.

Go to rallies, use social media, protest, protest, protest, make your voices so insistent there can be change that is lasting.  These are individual human beings not expendable commodities.   The Australian Churches Refugee Taskforce, along with many other groups working in this field have been providing the Governments over the last few years with some serious options and alternatives that will meet the needs of security along with our humanitarian obligations. There is no reason for them to say ‘they have no choice’!   What has become transparently clear is this ideological choice is killing the most vulnerable of people and there are no excuses for such inhumane treatment to be continued.