The Voices of Women in Advent 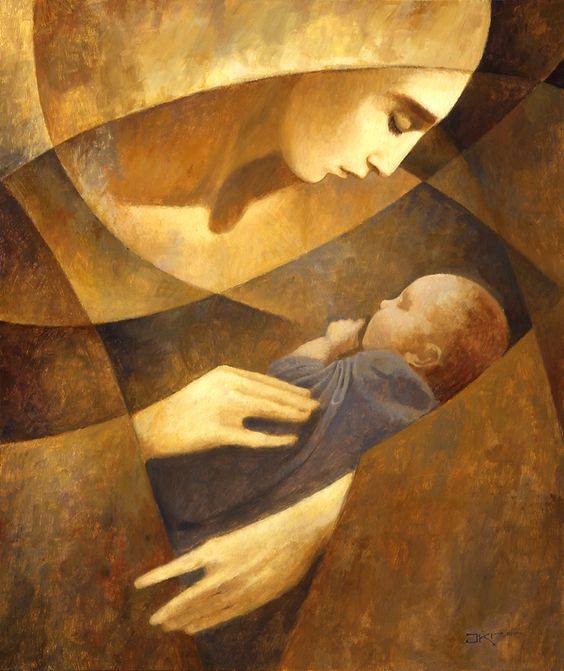 The story of Jesus’ birth told by Luke in his Gospel (2:1-20) reminds us there are times when quiet, faithful action taking place outside the spotlight of the media and the news cycle, is the most faithful way to bring about the kingdom of God.   And in a world where joy is an endangered species, the announcement by the angel to the shepherds telling them there is “Good news of great joy for all the people” and including the shepherds who were among the lowest and least in those days, is certainly something to celebrate.

I wonder what would be good news for you in this time of worldwide pandemic illness, with its fractured dreams and separated families, fresh experiences of poverty and economic depression, lost jobs, homes and businesses, ill health growing in mind, body and spirit, and mounting deaths and enormous uncertainty all around?   I wonder if your desire for good news would include peace, love, joy and hope – apart from catching up with family, praying for good health and full employment again.

Mary and Joseph were a young couple who found themselves caught up in the great sweep of empire activity, far beyond what they would normally be concerned about.  The expressions of power and displays of military violence and terror by the occupying Roman invaders when compared with the day-to-day concerns of family life, engagements, marriage and unplanned pregnancies and babies, this would all seem to be of no consequence.  When family matters are considered alongside the important things in the world, such as wealth, power, success and status, I can imagine people would think there is no comparison.

Today, would anyone believe a young girl from out of town who claimed she had a dream from God, or her fiancé who had the same experience?  And would they even think it matters, apart from unflattering comments about their sanity probably?

Matthew’s Gospel tells us both Mary and Joseph ended up having to take a long way home from Bethlehem because of threats of safety from Herod and they were refugees for a while in Egypt.   What value do we place on refugees and foreigners, who are among our most marginalized peoples?  We don’t even bother to listen to their stories.  How hard would God have to work to share this news today.   We would likely walk on by, right past the ‘good news’.   I did ask myself as I prepared this sermon, would we be like the shepherds dropping everything to go and find out if God sent an angel, or would we remain home, safe from any potential awkwardness and deny the importance of a dream?

Herod sent out to kill all the newborn babies after the wise men told him about the birth of the Messiah, determined to remove the threat of the Messiah, the Anointed One turning up and demanding his throne.

Our version today has our politicians putting our refugees in offshore detention and giving them numbers, removing them from our consciences and from our minds.

We remove evidence of the First Nations People, their culture, language and respect, while imprisoning and killing them at a far greater rate than anyone else, which copies the Roman Empire and its colonizing activities which included the destruction of Jerusalem and the temple when the Jews became too troublesome.

The imposition of power over others through violence is specifically designed to control the conquered people while maintaining Pax Romana.  In Australia today, its Pax Australia as we seek to control our version of history and our rights.

I suppose it all depends on which side of the fence you sit, as to what you see and experience and what constitutes good news for you. You may disagree completely with me on my examples, depending which side of the debate you find yourself.

This is because the Christmas story as told in Matthew and Luke’s Gospels is not a safe, children’s story of family happiness. It is the beginning of a longer story of power challenged, justice demanded, love proclaimed, and certain worldly values overturned. (Ref.)

However, I don’t believe God sits either side of any fence we may have constructed nor does God on the fence, nor does God even see the fence. God does not see nationality, race, gender or citizenship, free person or slave.   As Paul writes in his letter to the Galatians:

Whether we imagine it or not, we can’t conquer or colonise God or God’s kingdom; or rewrite God’s story for God’s creation.  Instead, we are invited lovingly to listen and respond to God’s plan for each of us and for God’s kingdom.  This is the only citizenship which matters.

And I celebrate with deep and abiding joy, as I know this upside down revolution is still happening quietly around me all the time.  I see people trusting God and hoping, beyond their personal griefs of this time and across the world globally, in Gospel justice, love and peace being truly alive as God continues to give birth to all of this through them in the world.

Meister Eckhart, who wrote around 600 years ago, asked ‘what good is it to me, if this eternal birth of God’s son takes places unceasingly, but does not take place in me?’

For all of us, for both men and women, what does it mean to give birth to God’s son in the world, because we are all meant to be mothers of God, birthing the good news into the world irrespective of who we are, where we are and how others see us.

This is because God sees us, knows us and invites us to be Mary and Joseph, the shepherds and the wise men responding with joy to the good news and sharing it, rather than being King Herod, the Emperor Augustus, the religious authorities or any of the others who habitually reject and kill those who bring to life the good news from the wrong side of the fence.

The revelation of God is found in Jesus, not simply from Jesus’ teaching but embodied in his very person which is born today.   Jesus may speak the words of God but even more critically, Jesus is God’s creating Word, irrespective of what the powers and empires of the world may think, say or do.  This is such good news!

God’s power comes into the world, born of poor people oppressed by mighty Rome, who are willing to live with extraordinary reliance on God’s promises.

God announces this birth of God’s Son which offers peace for humanity upon whom God’s favour rests.  This peace is not the peace created and imposed by an Empire 2,000 years ago or by any Empire today, nor does it bring an end to violence by more violence.

Rather it is God’s peace, God’s ‘shalom’, meaning wholeness, a peace in which our relationship with God, each other, the natural world and ourselves which is what God intended, and which alone brings well-being.  This is a present reality today because of the arrival of the prince of peace (Isaiah 9:6).  This is indeed ‘good news of great joy’.

Today, you and I in ordinary communities around the world, are invited quietly to give birth to God’s will in the world.    Every day, communities made up of Marys and Josephs obediently and without fuss, enact the world-changing will of God.  These are women and men whose love for God shapes their lives even though they still live in the empires of this world.  They are the ones whose humble obedience might just show the world God’s way is more life-giving than anything humanity has been able to dream.

On this night of great joy, we welcome God’s Son into the world and rejoice at the good news!