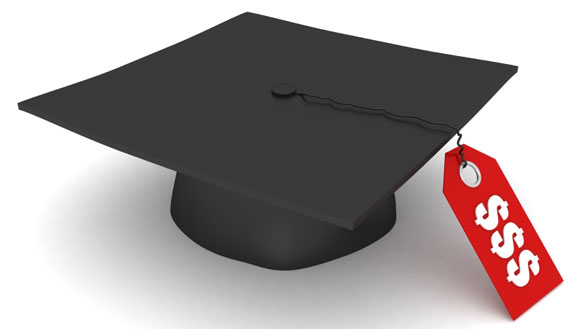 Education and the price being put on a university degree is becoming too expensive for many young people and their families.

As we contemplate the prospect of course prices being raised for popular and prestigious courses at highly ranked universities we should also examine the opportunity being taken by our politicians to widen the life-course gap for many young people who will be making their career choices over the next few years.

Recent research in the US has mounting evidence that young people continue to dream about the course and university they want to go to, up to the point of enrolment.  It is at that point parents are finally able to explain to their child they cannot afford the dream and the child accepts the reality.  In spite of significant sacrifice and support provided to try and help their children into the universities of their dreams, both parents and young people settle for what can be afforded.

However, although the young people achieve their degrees after years of study combined with part-time work, and start out eager to build a professional career, what is also emerging are young people starting their working lives saddled with significant debt burdens that prevent them from taking that first step onto the housing ladder.   First home buyer activity is reducing because banks will not lend money and give mortgages to young adults because of the education debt they carry and because of the increasing interest being charged.  As a consequence, young adults in their late 20s and 30s are stuck still having to live at home with their parents, or caught in rental accommodation unable to break out of the cycle of debt.  People’s life courses are impacted because of a distorted education financing system, whether it’s to do with higher fees or the financing of the degree by the young person.

The gap being created between the rich and poor is being exacerbated by this proposal in the Federal Budget.  Long term structural change to education financing goes far beyond the likelihood of affordability of university or not; and goes to the heart of people’s opportunities for achieving a reasonable life lived well.  It is worth asking when it was, that education became an industry and stopped being primarily about education?  I’m also interested in learning about why this has driven our universities to compete for international students who can pay the fees and demand the degree rather than about learning and discovery for all students in Australia?  And, why can we not manage both, rather than tipping too much the wrong way.