THE MINISTRY OF RECONCILIATION 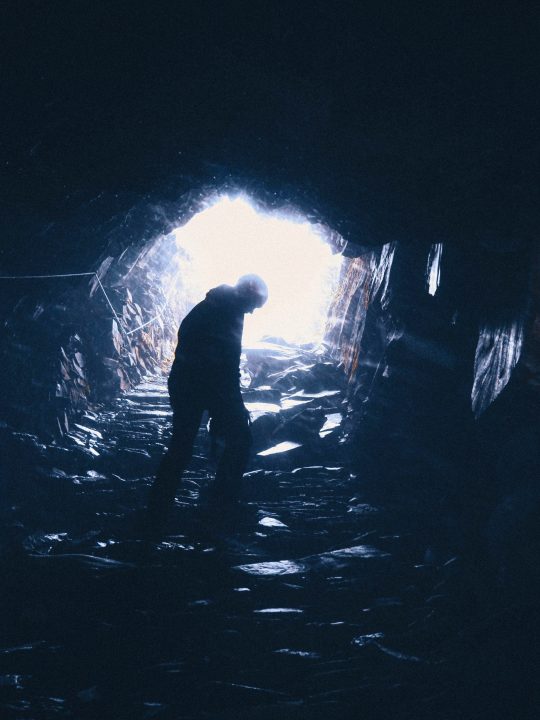 The story of the Prodigal Son (Luke 15:11-32) is such a well-known parable, we can be in danger of not listening because we know it so well.  So, let’s back up to the start of the chapter to try a different angle, where Luke writes:

Now all the tax collectors and sinners were coming near to listen to Jesus.  And the Pharisees and the scribes were grumbling and saying, ‘This fellow welcomes sinners and eats with them.’ (Luke 15:1-2)

Into this listening and grumbling, Jesus tells three parables, the first about a man losing one sheep out of 100; and, the second about a woman losing one silver coin out of 10 and both search until they find them.  These two stories describe God searching and God’s joy when finding what was lost.

The third parable of the prodigal son is different. We are confronted by a younger son who outrageously asks and takes his share of the family property, before his father has died, and then chooses to become lost.  Here, there is no storyline telling us the father went searching for him like the shepherd or the woman.   Instead, the father watched and waited, hoping his son would return.  The story then tells us about the older brother and his angry, resentful response.  Both sons are loved by their steadfast, forgiving father.

One way we are tempted to hear the story is to side with one of the brothers.  To be outraged at the cheek of the younger son asking for his inheritance early from his father, and then totally wasting it, behaving badly, leaving his older brother working on the property, while feeding his self-righteous indignation and sense of unfairness.  Does this sound familiar?

Or perhaps we identify with the younger son, whose hopes and dreams turn to ashes.   The imagined, tempting freedom is instead a wilderness.  Totally lost, finding his way out, realising the enormity of his mistake, the younger son’s heart breaks, and he decides to return home vulnerable, humble and wiser, seeking forgiveness for his behaviour.

This story of loving forgiveness made me wonder what happens when God’s good news of forgiving love turns into moral demands, grinding down God’s grace into unyielding law.  Such rigidity either makes us self-righteous prigs filled with joyless obedience to authority, or angry, filled with defiant rejection.

Jesus tells the prodigal son parable as an invitation to companionship with the outcasts, the tax collectors and sinners.   Not only is the father celebrating his son’s return to the family, he invites everyone to join in with this radical gathering for table fellowship, like the shepherd and the women, so different from the expectations of the pharisees and scribes who are being judgmental about what was right and wrong, who was welcome or not.  The father says:

‘Let us eat and celebrate; for this son of mine was dead and is alive again; he was lost and is found!’ And they began to celebrate. (Luke 15:23-24)

The older son is resentful and angry at the welcome given to his returned younger brother, who has wasted his inheritance, now likely wanting more and further diminishing the older brother’s portion.  He likens himself to a slave in how he has worked for his father without joy in his work.  He sees it as self-imposed bondage, not done with grace.  His commitment has been a rigid compliance rather than free choice.  Jesus is showing the older brother is like the pharisees, enslaved to strict observance of the law.  With such an inflexible mindset, can they really claim credit for their faithfulness?

There is obviously something missing from the older son’s relationship with his father, despite his good behaviour.  What’s missing can be seen in the younger brother: a wholehearted acknowledgement of his behaviour, without self-seeking, self-justification or manipulation.  The younger son throws himself onto his father’s mercy.

The elder brother has been inward looking.  The whole story as he sees it, is about himself, his actions, his rights, his rewards and how he has been disadvantaged.  He doesn’t value his father or his brother, nor his relationships, only himself.  Selfishness is the heart of his story.  We grieve his broken relationships and the rejection of love and grace in his life.

Our hearts melt at the image of the father running towards the son to welcome him home, filled with compassion and love.  Lifting up his robe he ran down the road, unable to believe his eyes, not wanting to wait, not wanting to let his son change his mind, and not letting him finish his confession of repentance.

In the ministry of ‘reconciliation’ described by Paul (2 Cor. 5:16-21), in such circumstances, what is our own response as we see the pharisees standing on their dignity, refusing to break the law or traditions in favour of love’s grace?  Might we too, refuse to share a meal with those we consider unworthy and ignore God’s invitation? Might we too, tap our feet, look stern, make the younger son come to us and ask forgiveness, make him wait as part of his punishment? Might we too choose not to reconcile.

This parable is dangerous because of the backdrop of its radical celebratory table fellowship with all outcast sinners welcomed.  Jesus was killed for this reason.  Outside the parable, the pharisees act as though including the outcasts at the table will badly affect their status and all they have earned.  From Jesus’ standpoint, the identity of the community he is gathering includes everyone, especially the ‘sinners’, the tax collectors and outcasts.

Reconciliation is about ‘table fellowship’ where we are all overwhelmingly welcomed by God who like the father in the parable, waits impatiently for us to come home, so God can celebrate in joy, filled with love, affirming, forgiving and celebrating the ‘other’ above everything else.  This is our ministry of reconciliation.

We might ask if God then does not care about our attempts to live good and faithful lives.  Of course God does, but it is about priorities.  Right conduct is important, but we see God’s boundless, incomprehensible love is not manipulated by our own sense of righteousness.  God’s love alone joyfully transcends all dutiful actions based on our calculations of self-interest, rights and rewards.