The Workers in the Vineyard

Does Anyone Care? The Harrowing of Hell. 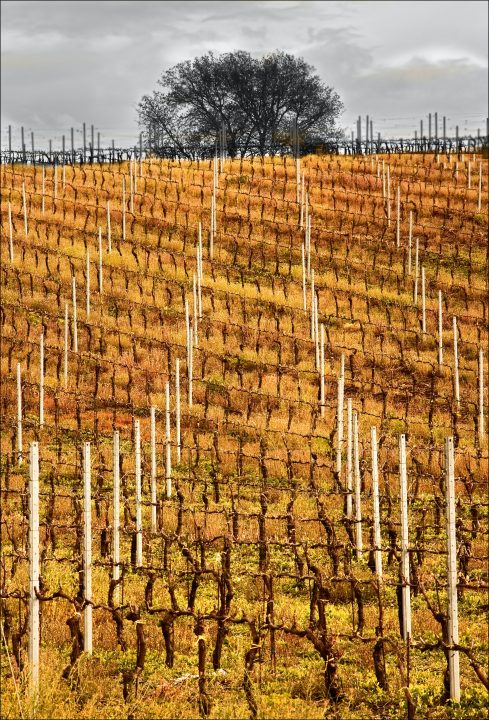 “Are you envious because I am generous?” (Matt. 20:15) asks the landowner of his workers.

What kind of question is that?  And the answer?  “Yes, we are!”  This is an extraordinary story about the ‘Workers in the Vineyard’ and the landowner in Matthew 20:1-16.   It challenges us about our sense of fairness; and, what we imagine God and the kingdom of heaven to be like.  Perhaps you are wondering whether you want to be in the kingdom if it operates like this?  Our idea of what is good practice by an employer is deeply offended by this story and we scramble to make sense of it.

My sadness is, this story is about awful work practices still happening today.  Laborers stand at agreed collection points waiting to be picked for a hard day’s labour for minimal wages.  The wait begins before daylight as the laborers wanting work get up early so not to miss any available opportunities.

The employers drive by, pointing to one or more men, who climb into the back of the van or ute who are then taken to do a day’s work and who are then dropped off at the end of a long day.  Those not selected wait for the next truck and a few more to be chosen.   All those waiting understand failure to get chosen means no food on the table that night.  This is not about lazy people; this is absolutely about hard labour done off the books without taxes and accountability, profits for the owners, with minimal wages and no commitment for work the next day.  No cover for illness or accidents and no negotiating power for the worker.

So, Jesus’ first point highlights dreadful employment practices and grinding, unending poverty.  Make no mistake, the landowner in his story is acting in a radical and provocative manner. He is changing the work practices and upsetting the established labour system of control and oppression.  It is a practice about which Jesus would have been very familiar.

This landowner in his story is making sure no one goes hungry or without food and shelter for the night.  This is something to understand about kingdom ethics and practice.  Everyone is invited, welcomed and no-one is excluded.  Just because no-one else has chosen you or wants you, God does and makes sure the choice happens!

It is worth noticing the Landowner discussed the wages for the day with the laborers.  There was a conversation about what they would be paid.  Not a normal process in such a context.  You take what you’re given and you don’t complain, because next time you will not be chosen.

And what about the landowner’s decision to pay the last ones to arrive, first at the end of the day.

He could have avoided controversy by paying those chosen at the start of the day as the first in the queue at the end of the day, but he doesn’t.   Perhaps you are wondering why.

Very often those chosen first when waiting at a collection point, will be the fittest, who cause least trouble, who won’t complain and who are ‘good’ at the work.

We have all learned a very hard lesson in this world.  It is about being chosen and preferred, earning respect, being valued, being worthy; and then, enjoying our entitlements as we celebrate our rewards in the bargain we have made.

The transaction involves exchange of money for your labour, together with entitlements; and there is the emotional labour also demanded in the contract.  You are expected to be grateful for what has been given, you wish to keep it, you defend its value and you give the emotional and physical power to the one setting the terms.

However, in God’s kingdom ethics, this is irrelevant.  Our outrage at those we consider unworthy being given something we believe we haven’t been offered first, is enormous.  How dare anyone change the system into which we have invested so much, supported and defended; in which we have benefitted so significantly at the expense of others, through invisible entitlements we have never questioned?  How dare Jesus even propose it.   By his actions, the Landowner has made all of them equal.  This is not fair.

These last worked only one hour, and you have made them equal to us who have borne the burden of the day. (Matthew 20:12)

The landowner asks a reasonable question which enrages those who hear it:

‘Am I not allowed to do what I choose with what belongs to me?  Or are you envious because I am generous?’ (Matthew 20:15)

The landowner is deliberate, ‘so the last will be first, and the first will be last’. (Matthew 20:16)

In this story the landowner refers to those who arrived last in the vineyard.

In Matthew 19:30, Jesus repeated these words as he spoke instead about status and position in the world.

But many who are first will be last, and the last will be first.

Let us be really clear. The kingdom will not be like anything we imagine nor based on this world’s ethics and practices.   Whichever way you think about it, the accepted principles and values of the world are not be present in the kingdom.

And, as I read this story, I was reminded of the brother’s response to the return of the prodigal son. (Luke 15:11-32)    The brother’s sense of grievance and injustice was so strong he was unable to share in the joy of reconciliation, forgiveness and repentance.   His emotional rejection was as strong as our response and rejection of what Jesus is trying to tell us in the story of the Workers in the Vineyard.

Our sense of grievance overwhelms and drowns out what Jesus is saying about the kingdom of heaven, about God’s character and love for all.

Bonded labour, indentured slavery, unfair and unsafe employment practices continue to flourish in our world today.  Our unwillingness to see each person as respected, contributing and adding value to our lives, and totally worthy of God’s love as well, is deeply entrenched.

I stand before holy ground when I encounter another person not because they are born with a set of legal rights which they can demand and enforce, but because there is a dimension of their life I shall never fully see; the dimension where they come forth from the purpose of God into the world, with a unique set of capacities and possibilities.  It means there are no superfluous people, no ‘spare’ people in the human world.  All are needed for the good of all.  Human failure is tragic and terrible because it means some unique and unrepeatable aspect of God’s purpose has been allowed to vanish….but the Christian gospel declares there is nothing more Godlike and precious than a single human person.

So, sisters and brothers, I ask you where do we stand as Jesus tries to explain this to us?  Are we fixed with our sense of grievance and outrage that someone has got one over us, been given something for nothing, who hasn’t earned it or done the hard yards like us, who we have scapegoated or insulted as perhaps being lazy and not being worthy to be picked?  What is the range of insulting explanations with which we placate ourselves as we blame the latecomers, despising and resenting their good luck.

I invite you to listen to yourself and your internal conversation.  What are you saying and thinking about the ‘others’, and how would you enter into a conversation with Jesus about this?    Is it perhaps time we stopped defending our world-based principles and started looking deeply at what Jesus says about the kingdom’s practices and ethics?   Jesus said:

For the kingdom of heaven is like a landowner who went out early in the morning to hire laborers for his vineyard.  (Matthew 20:1)

There is no mistake and no wriggle room on this.  This world’s explanations need to be put aside as we listen to, and allow ourselves to experience God’s love shining in the world’s darkness, a darkness created by cruel and discriminatory practices based on power and oppression and into which we have been seduced and co-operate.

The kingdom of heaven is like nothing we have ever experienced or can understand except with God’s grace.    May God’s grace shine in your hearts.