Nelson Mandela – The Death of An Extraordinary Man

Human trafficking is a crime against humanity 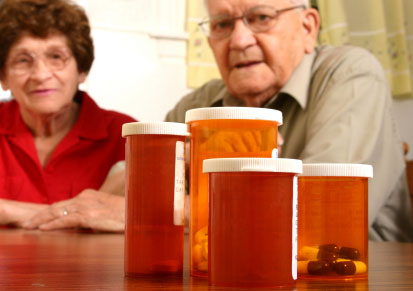 The cost of medicines could be impacted by the current talks on the Trans Pacific Partnership Agreement (TPPA), which met recently in Singapore.  The contents of the discussions between the 10 countries, including Australia and the USA are secret, making it difficult to hold the Federal Government accountable for the impact of its negotiations.

However, a couple of issues have emerged that have significant implications for our older population and those who struggle economically; and, as importantly will change the way we see our sovereign status as a nation, and as a society.

As part of the TPPA, the US is demanding that patents on medicines have a substantially longer life span, so that the cheaper generic medicines do not come into the market as quickly.  In addition, the Therapeutic Drugs Agency could no longer have the ability to negotiate a lower price on behalf of the entire country.  And, in support of this, there is a proposal to enable private companies to take sovereign nations like Australia to court in civil proceedings to challenge existing legislation where they believe it impedes their profits overseas, and for this to occur before panels of trade arbiters.

The Federal Government has said it has ensured the inclusion of appropriate ‘carve-outs and safeguards in important areas, such as welfare, health and environment’.  However, it is difficult to find any detail to support this reassurance and the wording would suggest that if its not named and identified as a ‘carve-out’ it is instead up for negotiation.

As a civil society we now face a significant change in our government.  The new system proposed under the TPPA will favour corporations’ rights over those of the individual citizens and local industries.  Corporations will be seen to be ‘people’ as they access these rights to the detriment of individuals and our society more broadly.

This move has been criticised by Pope Francis who has pointed to ideologies that defend financial speculation, widespread corruption and self-serving tax evasion, so that ‘whatever is fragile, like the environment, is defenceless before the interests of a deified market, which becomes the only rule’.

There should be more transparency and discussion about the negotiations and a much wider debate about its implications before Australia signs off on an agreement that will be impossible to revoke once it is in place.