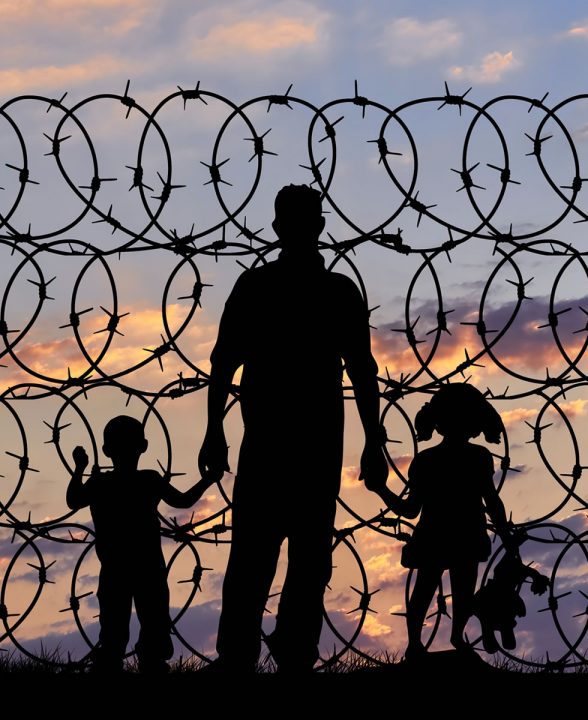 The unimaginable cruelty and deliberate blindness of our governments in recent years to the conditions being faced by asylum seekers and refugees kept in offshore detention is vindictive and amounts to torture and abuse on a systemic scale.

The recent release of the Nauru files has caused concern around the world as people point to Australia’s shameful conduct and inhumane treatment of vulnerable people. It shows a complete inability to break the deadlock created by our politicians for their own ends. Their short sighted solution to political imperatives has backed them into a corner and they’ve only themselves to blame.

A lack of moral political and community leadership by our politicians has generated and increased fear among ordinary citizens about asylum seekers and refugees beyond reason. Our governments have fed and harnessed such fear for political agendas that have as a consequence, put people’s lives at risk. As has now been exposed, children and women are suffering abuse, torture, rape, violence, death threats and death. Men, women and children are dying because of the desire of our political leaders to punish these poor people who have flee terror, imprisonment and death in their own countries.

Australia has contributed to the failing state of Manus Island and PNG. It has encouraged another sovereign country to break the law and slip deeper into debt and despair. It is a gross violation of our duties as a neighbour, as a regional leader and as a law abiding citizen of the world. We are in breach of conventions on the rights of the child and other UN commitments that shame us.

The amount of money being spent on the offshore solution far outweighs the cost of bringing the asylum seekers to Australia. The wilful, reckless expenditure is almost criminal in its deliberate negligence of what is good stewardship of our country’s resources.

Our reputation as a caring, just and equitable society is in tatters as countries around the world wonder at Australia’s decisions and behaviour.

My heart is weeping for the lack of humanity being shown to those fleeing death, violence and discrimination in their own countries. Our neighbours such as New Zealand have offered to take refugees and we have turned them down. We are refusing them appropriate health care, we are deliberately not looking after the children, the responsibilities of guardianship of children asylum seekers inherent in the role of Immigration Minister is repeatedly breached and the Minister appears to be breaking our laws without restraint or concern. The attempts to silence our doctors and workers about the conditions and the refusal to apply our own rules on reporting on child abuse is a mockery of our laws. We have lost all moral rights in this space.

It has to stop. It cannot continue.

Calls are mounting for a Summit on Solutions to take the politics out of the refugee policy as voiced by the Sister from Catholic religious orders across Australia.

“We can’t wait for more children to be abused in the offshore camps for alternatives to be put in place. That’s why the Catholic Sisters from across Australia are calling for a one-off amnesty for people in the offshore centres – this is less than 2,000 people!”

“Most of these people have been found to be refugees. They have ‘done their time’ in the harshest possible conditions imaginable. Let’s empty the camps!”