When the message is completely disconnected from the experience 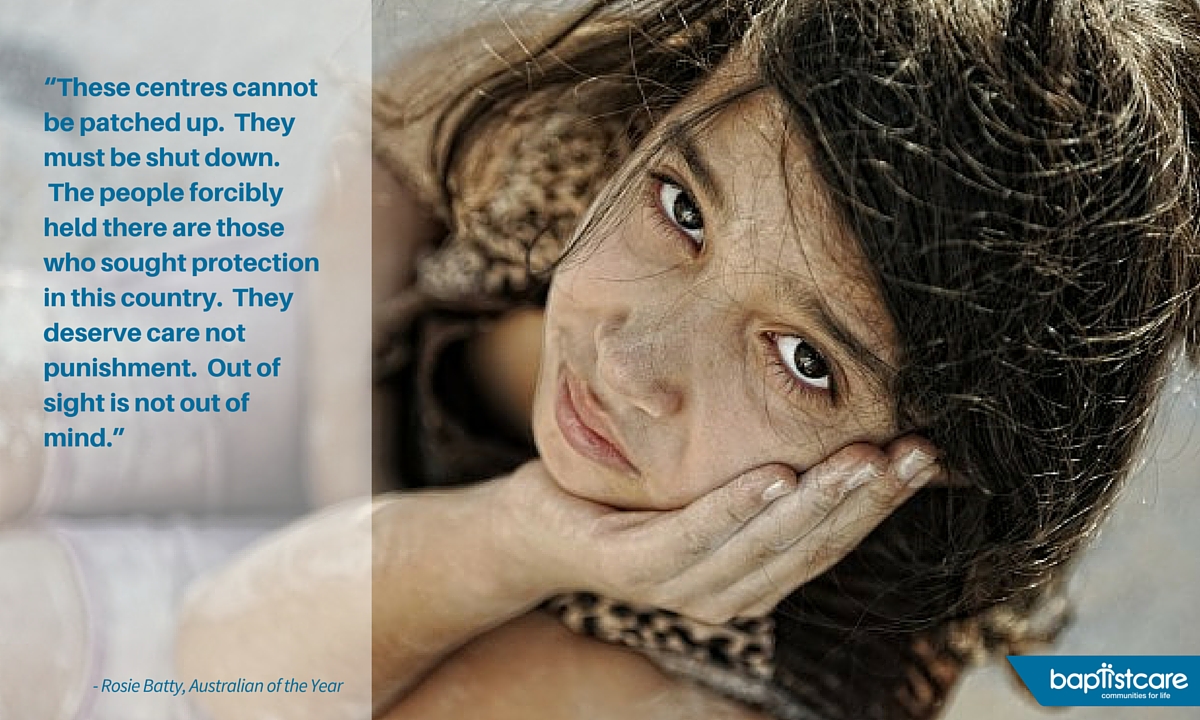 The recent publicity about the move to make Australia’s offshore Regional Processing Centre on Nauru an ‘open facility’ misrepresents the level of safety of asylum seekers and refugees on the island. This was reported as taking effect from Monday next week, as the Centre will become an open centre 24 hours a day, seven days a week.

The Nauru Department of Justice and Border Control has advised this means detention has ended and all asylum seekers are free to move around the island as they choose. The Australian Government will continue to provide Nauru with support for its ‘safety, security and law enforcement, providing more Australian police assistance. We are also being told that approximately 600 refugee claims will be completed and processed this week.

The Australian Government continues to refuse to take any of these refugees into this country; and there is no way of establishing the right amount of housing, education, social support systems, employment for those ‘released’ into the Nauruan community or to manage the impact of that number of people onto the small local communities without major disruption and cultural tensions emerging even further.

Importantly, it is worth recognising that there has not been one conviction from any of the 67 reported cases of rape or child abuse since the Centre opened more than two years ago.

The Refugee Council of Australia wrote an open letter to the Australian Government which was signed by 1,272 individuals and organisations, led by Rosie Batty, Australian of the Year. The letter called for ‘the end to systemic sexual, physical and psychological torture in our Pacific Black Sites’.

“Those of us who care about violence against women, children and other vulnerable people at home need to care about what happens to these same people elsewhere who are under our care. The Australian Government funds the offshore detention centres on Nauru and Manus Island. These centres are, by their very design, unsafe and dangerous places.”

“These centres cannot be patched up. They must be shut down. The people forcibly held there are those who sought protection in this country. They deserve care not punishment. Out of sight is not out of mind.”

One of the ways that we can start to have a greater impact on the decisions being made by the Australian Government in this matter and those companies directly involved in running the detention centres, is to establish which organisations are involved and to lobby our superannuation funds and other major investment decision-makers such as banks, to withdraw their investments from such unethical companies.

No Business In Abuse (NBIA) is a new initiative bringing together a cross-section of Australian society including faith-based groups, unions, lawyers, and human rights campaigners. It has released documents outlining details of those companies with complicity in widespread and systematic human rights abuses of people locked up in the offshore detention centres.

As a faith based organisation, Baptistcare expects at least the basic standards of ethics and morality will be evident from companies operating in Australia and using Australian labour and with Australian Government approval. The offshore detention centres cause significant pain and suffering to thousands of vulnerable children, women and men, seeking our protection under national and international law. To our shame, we have to be asking Australia to comply instead of evade. Companies operating in these centres need to be aware they are supporting a system which creates this pain and suffering and is in direct opposition and contradicts God’s commandments.

Baptistcare is calling on its own superannuation fund to rethink its investment activity and withdraw from companies involved in the detention centre contracts currently supplied by Federal Government.