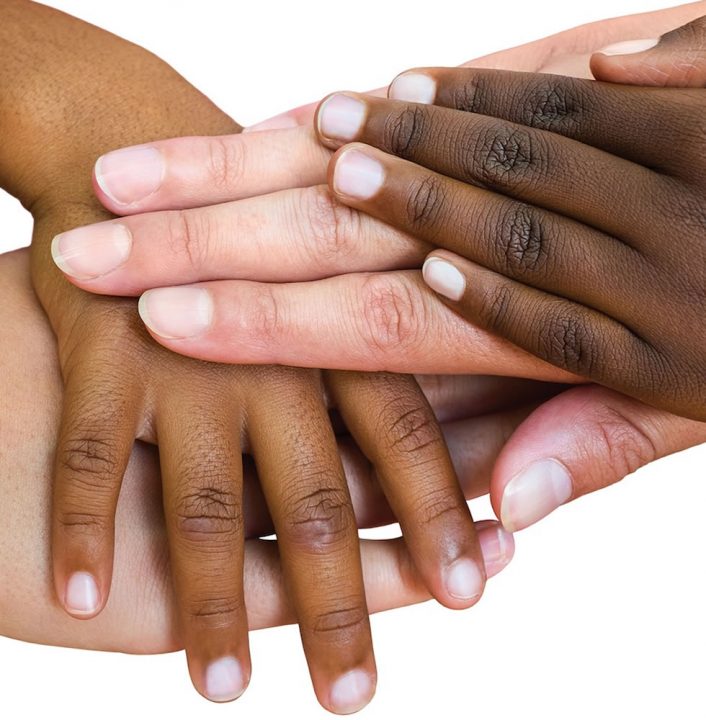 Mercy and truth are met together; righteousness and peace have kissed each other; truth shall flourish out of the earth; and righteousness shall look down from heaven (Psalm 85:10-11).

I dream of such a world!

In a world apparently broken by escalating greed, consumption, violence and the increasing gap between the rich and the poor, the concept of social justice needs constant and staunch defence with active participation by every person wherever we find ourselves. Today on the World Day of Social Justice, the recent report by Oxfam on the gap between the rich and poor makes sad reading:

The global inequality crisis is reaching new extremes. The richest 1% now have more wealth than the rest of the world combined. Power and privilege is being used to skew the economic system to increase the gap between the richest and the rest. A global network of tax havens further enables the richest individuals to hide $7.6 trillion. The fight against poverty will not be won until the inequality crisis is tackled. Oxfam Briefing Paper 18 January 2016.

When I reflect on social justice and what I believe it means, I speak as a Christian, a priest and the CEO of an Australian faith-based community benefit organisation, so I hold a number of roles which enable me to see the world from different perspectives. And it is here that I take my stand. The Bible tells us, very clearly God requires of us as faithful disciples to demonstrate justice, courage and righteousness, mercy, truth and peace. Micah 6:8 said: “What does God require of you, but to act justly, love tenderly, walk humbly with your God”.

Jesus, the Son of God, following in the footsteps of a long line of prophets, repeatedly spoke of God’s desires for God’s creation, and these include seeking and enabling justice for the widows, orphans and the aliens. Jesus said, over and over again, we must feed the hungry, clothe the naked, care for the ill and dying, visit and care for the prisoner, comfort those who mourn, stand with the broken and work for peace. In addition, Jesus said ‘repent, because if you do nothing, you will perish’ (Luke 9:1-13). Owning the whole world is as nothing if you cannot save your soul.

Those 62 individuals identified in the Oxfam Report who own half the world, do so at the cost of health care, education, housing, employment and the quality of lives that could be lived with far greater flourishing; and, those governments who spend their citizens’ taxes on wars, weapons, violence and self-aggrandisement, securing their own future and the future of those like them, are putting themselves outside God’s Kingdom. Our complicity in accepting the current rules and world view that this is how it is and we cannot change it makes us colluders in maintaining this status quo. A brief discussion suggesting the rich can have less and still be wealthy and those with nothing or very little being able to have enough is ignored as though it is insane.

In today’s world, words of justice, truth, mercy, peace and love are quickly rejected as belonging to a different time, an irrelevance in today’s fast moving world. It is a world many claim is secular and not faithful, where God is not needed and no longer exists.

So our desire to seek social justice based on Christian principles and human rights laws, acknowledging wrongdoing and offering repentance and seeking forgiveness and restorative justice are then clearly unpopular concepts. Public shaming is turned into a quick public apology that sounds trite and bewildered. Repentance is treated as a simple act, a quick apology, a half-hearted shift in attitude and resumption of ‘anything goes’ behaviour. Forgiveness is not sought and restorative justice has fallen off the scales.

However, repentance demands its fruits are made visible, being heartfelt and life-changing both for those who have done wrong and for those wronged, and these fruits are restorative social justice and righteousness. Seeking forgiveness is not a feedback survey or a quick customer satisfaction survey. Compassion for those wronged as our hearts change becomes the precursor to the desire for justice.

“True compassion is more than flinging a coin to a beggar. It comes to see that an edifice which produces beggars needs restructuring. True peace is not merely the absence of tension, but the presence of justice.”

Working for social justice is essential when working for God’s Kingdom, and makes this work our way of living, speaking and acting if we are to be Christian. Christianity demands a far more robust and clearer understanding and acceptance of God’s love, which is not caught up in the cycle of power, abuse, punishment and retribution, vindictiveness and violence, or the exercising of power and might without regard for others. It is not a self-centred or exclusive experience. It does not offer a preference the rich over the poor, the privileged over the excluded, the powerful over the week, the hypocrites and the smug over the rest of creation.

Martin Luther King also reminded us oppression and evil systems must be resisted; once identified they cannot be ignored; or, in the words of Arundhati Roy, ‘once seen they cannot become unseen’. We cannot sit back and wait for a better time, or the right person, or continue to be fearful of upsetting this or that group and hope someone else will effect the change. Privilege and discrimination that entrenches and empower one group over another is not justice.

This reflection challenges me to recognise that as Christians we have citizenship in only one country, the Kingdom of God. We cannot lay claim to citizenship to any other country at the expense of God’s Kingdom. We pray every day to God for ‘God’s Kingdom to come, God’s will be done, on earth as it is in heaven’. Therefore, we ourselves are aliens, refugees and asylum seekers, standing in solidarity with all God’s people, not a select few who might fit, across the whole of creation, always and everywhere as we spread a story of good news, and God’s abundant, unearned love for all people with justice for all.

With God’s love, we fight against violence of all descriptions, whether in wars in the name of patriotism or religion, or because of domestic, gendered power structures and expectations. This violence has nothing to do with God. But it is only with God’s love we are able to resist all attempts to diminish people of other races, gender, sex and faiths, to name just a few of our battle grounds. We stand in solidarity with those abused, mistreated, made poor, enslaved, sold, raped and tortured, herded into concentration camps, made homeless, uneducated and despairing; as Christians we stand with all those who have nothing to lose.  And the alternative to violence is non-violent resistance. It does not seek to defeat or humiliate the opponent, simply to win their friendship and understanding. The end is reconciliation and co-creation of a beloved community (King 1991:8-9).

Together with other Christians, I march, metaphorically and practically where I can, into the front lines described by God, to help resist any attempt to make invisible those who are the poor of the earth. In our work in Baptist Care Australia and in Baptistcare in WA, as a Christian, priest and CEO, as a mother, wife, daughter and sister, in all my life, I echo and paraphrase the words of Vaclav Havel, that my role as a Christian is to be a Disturber of the Peace (1990). The previous Archbishop of Canterbury, Rowan Williams said on this subject:

“It means that there are no superfluous people, no ‘spare’ people in the human world. All are needed for the good of all. Human failure is tragic and terrible because it means that some unique and unrepeatable aspect of God’s purpose has been allowed to vanish… but the Christian gospel declares that there is nothing more Godlike and precious than a single human person.”

Christianity: Public Religion and the Common Good
Saturday 12 May 2007: Archbishop of Canterbury

And on the World Day of Social Justice and in this time of Lent we look towards Easter and wait for Jesus’ crucifixion by the world powers in the marketplace for daring to love the world too much and for seeking justice. I am also reminded of Pope Francis’s invitation to us, to use this time to ‘fast from indifference’ and so once again, renew our commitment to restoring justice for the world’s peoples and so make real, the resurrection and the restoring to life God’s saving purpose.

God did not give us a spirit of cowardice, but rather the spirit of power and of love and of self-discipline. May we rekindle the gift of God that is within us (2 Timothy 1:6-7).

Roy, A. 2002 The Algebra of Infinite Justice. London, Flamingo.