World Faith Leaders voice their opposition to human slavery as a crime against humanity! 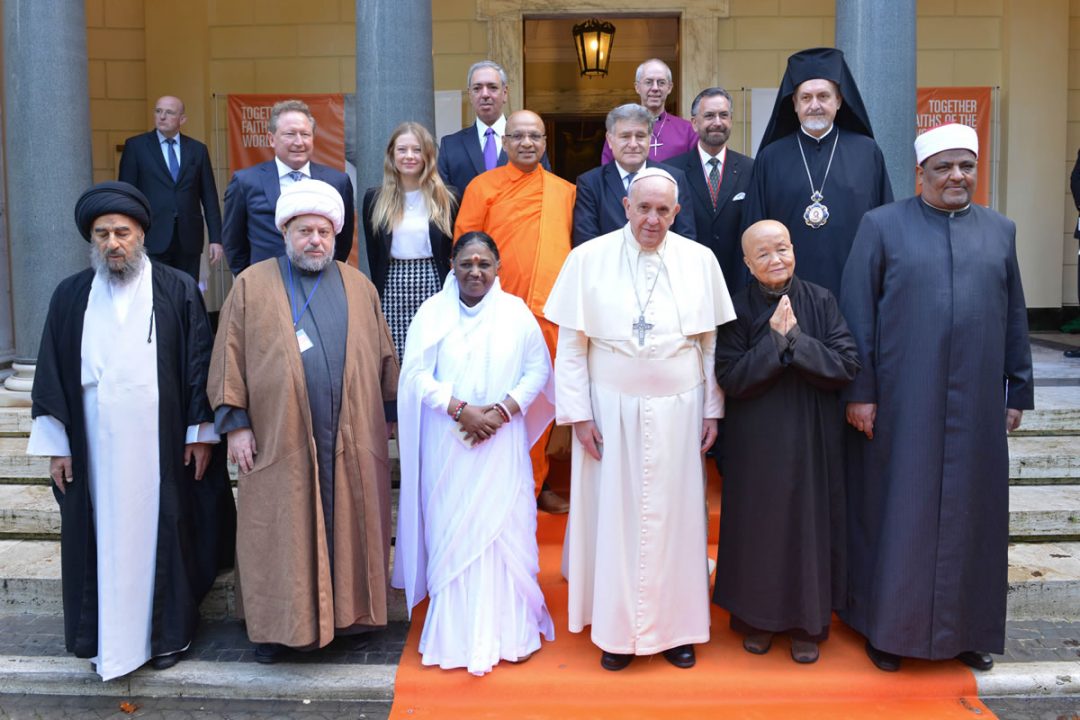 On Tuesday, 2nd December 2014 something quite amazing took place in Rome. The Religious Leaders around the world signed a Joint Religious Leaders Declaration against Modern Slavery. This global-wide commitment took place at the Vatican, with faith leaders who represent 90% of the world’s religious populations, including Catholic, Anglican, Sunni Muslim, Shia Muslim, Hindu, Buddhist and Jewish Orthodox who were all present. For those who want to see more, have a look at www.globalfreedomnetwork.org

It was the first time in history that all faith leaders have come together about a single cause. It is the first time that a Grand Ayatollah and the Pope had met. Also present was WalkFree who with its partnership with the Global Freedom Network, have been supporting and working over the last few months to bring this event into reality. The work on abolishing slavery and working on the supply chains is an enormous achievement and all those involved and committed to this cause are to be congratulated.

The hard work continues, but raising awareness of the issue, making it a global target, urging world leaders to follow in the footsteps of our faith leaders is critical. If we are to free children and adults from slavery, prevent trafficking and enable them to live a life that God intended, it requires all of us to be involved, protesting and changing our behaviour and declaring, like our faith leaders that this is unacceptable and we will do what we can to change the world.

These faith leaders declared their support for the eradication of modern day slavery in the following Declaration.

We, the undersigned, are gathered here today for a historic initiative to inspire spiritual and practical action by all global faiths and people of goodwill everywhere to eradicate modern slavery across the world by 2020 and for all time.

In the eyes of God*, each human being is a free person, whether girl, boy, woman or man, and is destined to exist for the good of all in equality and fraternity. Modern slavery, in terms of human trafficking, forced labour and prostitution, organ trafficking, and any relationship that fails to respect the fundamental conviction that all people are equal and have the same freedom and dignity is a crime against humanity.

We pledge ourselves here today to do all in our power, within our faith communities and beyond, to work together for the freedom of all those who are enslaved and trafficked so that their future may be restored. Today we have the opportunity, awareness, wisdom, innovation and technology to achieve this human and moral imperative.

*The Grand Imam of al_Azhar uses the word ‘religions’